His neighbors mocked him, but his creation still stands 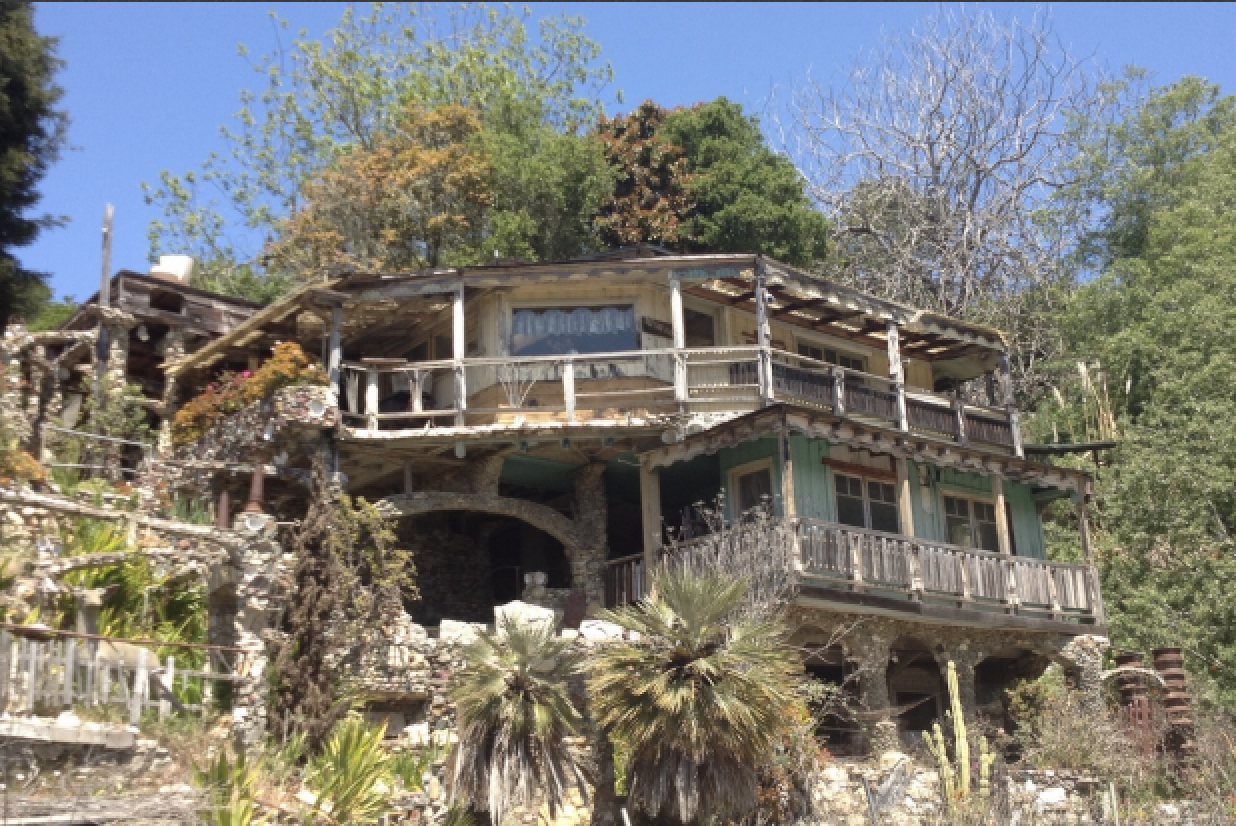 Photo by Peter D. Tillman under a Creative Commons license

Fifteen miles south of Hearst Castle, home of “Citizen Kane” inspiration William Randolph Hearst, is perhaps a more impressive dwelling: Nitt Witt Ridge, the house that former garbageman Art Beale constructed by hand from cast-off beer cans, shells, and other cast-off materials. We talk about his story on the latest “Shoot This Now” podcast, available below or right here.

Beal was orphaned by the San Francisco earthquake of 1906, and became a competitive swimmer, abalone diver and vaudeville performer — among other odd jobs. One way he made money was by hauling junk from Hearst Castle during its construction.

He began work on Nitt Witt Ridge in the 1930s after his attempt at a normal life passed him by. He recycled everything but cement, including pipe, electrical wire, and material he carted off from Hearst Castle. He carved the home out of the earth using only a shovel and a pick he called an “idiot stick.”

His neighbors mocked him as a “nitwit.”

But by the 1970s, he had started to gain recognition as a non-conformist hero. In 1981, Nitt Witt Ridge was designated a California historical landmark. Though decades and earthquakes, it still stands today, a monument of American folk art.

I met Art Beal in 1988, as a 13-year-old. My family and I took him to a local store to buy Copenhagen, and he welcomed us into Nitt Witt Ridge. It made an impression.

This week on “Shoot This Now,” we talk about why it’s time to make a movie of Art Beal’s life. And why only one actor can play him. (Okay, maybe two.)

Here are a few of the episode’s key moments, with time stamps:

1:08: A quick refresher on William Randolph Hearst, and why Art Beal’s Nitt Witt Ridge is cooler than Hearst Castle.

3:35: Some curious details about the toilets at Nitt Witt Ridge

15:30: The state of Nitt Witt Ridge now, and how everything could soon change

20:01: The only joker who could master the role of Art Beal

25:38: The one other actor who could maybe play Art

26:34: Some thought on Robert De Niro and “Once Upon a Time in America”

Listen on your favorite podcasting app:

Here are the fascinating videos we mention in this episode: