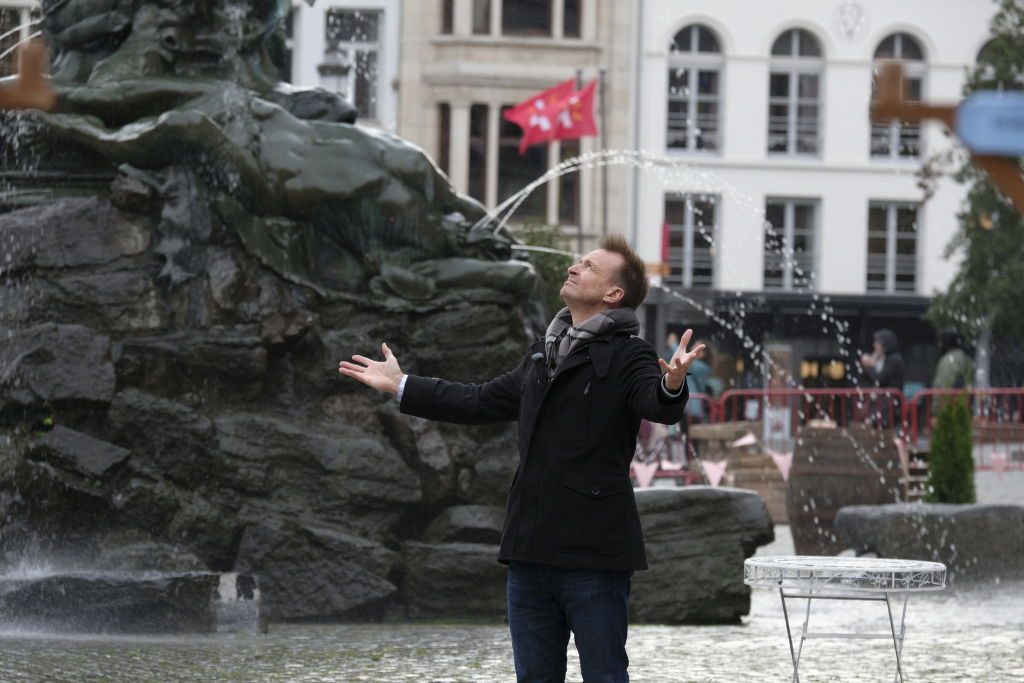 The Amazing Race continues with Tyler and Korey, Colin and Christie, Nicole and Victor, and Leo and Jamal racing for the million dollar prize. The Afghanimals have a history of being eliminated on the 11th leg and want to break their curse. The teams complete a roadblock, detour, and another assignment handed to them by host Phil Keoghan at the pit stop. Which team was eliminated on the 11th leg?

The top four teams traveled to London, England. Colin and Christie left first, followed by Tyler and Korey, and then the Afghanimals, and finally Nicole and Victor. The three teams who have competed in The Amazing Race before formed an alliance to keep the Big Brother alumni, Nicole and Victor, out of the finale. Once they landed in London, they needed to visit the Gatwick Aviation Museum where they found their next clue.

To complete the roadblock, one person had to crack a code in a hideaway where British soldiers deciphered codes from their enemies. The first step is to go into a communication room and listen to a speech, where they must remember certain words. Then, they had to number the letters from the words in alphabetical order from left to right.

Finally, the contestant had to place each group of the three letters they just figured out in numerical order and type their answer on a typewriter. The phrase was, “The Dunkirk evacuation has begun. We will never surrender.”

Leo finished the roadblock first before anyone else arrived. Christie and Tyler worked together but attempted to do so with Victor’s knowledge. He found out and deciphered the code before them. Tyler followed closely behind; however, Christie mixed up her numbers and started over. She was upset because she thought her mistake cost them the prize, but Colin 2.0 comforted her.

After the roadblock, the contestants had to choose between Know or Row. If they decided on Know, they had to memorize a cab route which included seven points of interests and 15 streets. For Row, they had to learn how to race an Olympic boat and finish the track in at least a minute. All the teams initially chose Row, however after realizing the difficulty level, they switched to Know, except for Colin and Christie.

Leo started panicking after seeing the boat begin to tip into the water. Therefore, they immediately decided to memorize the cab route. On the first attempt, the directions were extremely confusing for The Afghanimals, and Jamal even fell asleep at one point. However, they finally got it right on the fourth try.

Tyler and Korey fell into the water 16 seconds after their first-row attempt. They tried three more times, fell in the water again, and then realized they didn’t want to fight for last place, so they switched Detours. The friends got the directions correct on their third attempt, and Korey teared up in the car after realizing they would make the finale.

Colin and Christie were the only ones to master the row detour, finishing in 59 seconds. Even though they fell in, they didn’t give up, and Christie lifted her oars and let Colin muscle it out. They passed the detour on the sixth attempt.

Nic and Vic fell into the water the first time they got into the boat and chose to switch detours after their second attempt. Like Leo and Jamal, they also got it right on their fourth attempt, right after Colin and Christie finished.

Leo and Jamal ran to the pitstop first at Camden Market where host Phil Keoghan met them, and he handed them another clue. They had to search the confusing market for eight items and put them on a mannequin matching a display. The Afghanimals broke their 11th leg curse and came in first. Tyler and Korey followed closely, finishing second. They told Colin and Christie where the purple platform heels are, and the couple placed in third.