There’s money beyond the turkey and stuffing: Fewer weekends are more consistent when it comes to pulling in big box office bucks than the upcoming five-day Thanksgiving period. The start of the late November through early January holiday period is the most lucrative for the box office (outside the summer season), and the Thanksgiving weekend kickoff often ranks among the very best extended weekends of the year (2015 through 2019, the box office tally ranged between $257–$315 million for the Wednesday–Sunday dates).

After a much improved October showing at the multiplex, can we expect the upcoming holiday grosses to come close to a recent rise at the multiplex? Don’t get your hopes up.

New releases “Encanto” (Disney), “House of Gucci” (United Artists), and “Resident Evil: Welcome to Raccoon City” (Sony) all open wide November 24, and will compete with recent winner “Ghostbusters: Afterlife” (Sony). That’s a decent lineup, but it isn’t expected to provide box office at a level close to what the last “normal” Thanksgiving, back in 2019, looked like.

A $200 million take would be a respectable result, but that would mean a final tally of just 75 percent of 2019’s result of $264 million. And even that number is ambitious: to get there, the trio of newcomers and “Afterlife” would need to reach $150 million in box office take combined, stretching their current performance estimates. That’s a tall order, but not impossible.

The one title to really watch out for (and, incidentally, the one with the least certain fate) is Ridley Scott’s “House of Gucci.” The Lady Gaga– and Adam Driver–starring true crime tale will need to draw heavily on an older audience, as well as break through to more regular movie-goers who, as of late, have mostly responded to franchise releases. The film’s social media buzz has been intense, with even less-than-enthusiastic initial responses to the period piece adding a level of curiosity for its potential audience.

The film, Scott’s second film this year, will certainly do far better than his medieval epic “The Last Duel,” and by a significant degree (that film made less than $5 million in its opening weekend). For one thing, the film has the appeal that most other recent non-IP related films lack. Marketed as edgy, provocative, and fun, “House of Gucci” has gotten significant attention since the first pictures of Gaga and Driver in character appeared. 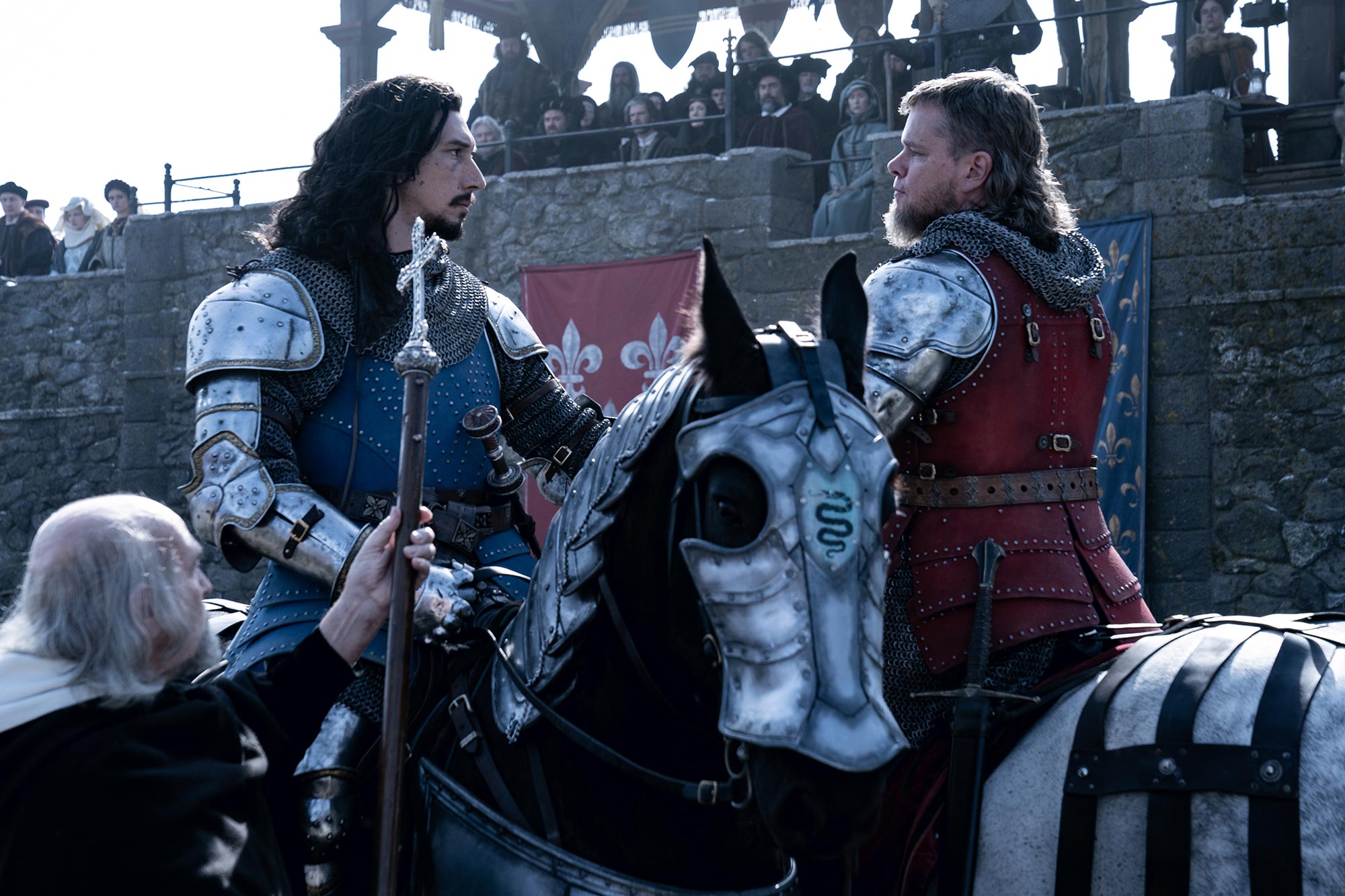 Still, no one expects it to be the the top-grossing film over the holiday weekend. The general guess is the film will make around $25 million, with $30 million possible. Most projections place it in the third spot, behind both “Encanto” and “Afterlife.” Both of those films have a shot at $50 million, though — again — that would require exceeded expectations.

The Thanksgiving date has long been a traditional launchpad for prime Disney animated films (both homegrown outings and Pixar features), with the family-friendly features pulling in big initial results and remaining hot tickets through Christmas. In 2019, “Frozen II” — which opened the week before the holiday and grossed over $160 million its first five days — added another $125 million over Thanksgiving.

Now, however, that’s an impossible target. Previous Disney animated titles like “Ralph Breaks the Internet” ($84 million) and “Coco” ($73 million) are much better comparisons for “Encanto.” Industry projections estimate that “Encanto” will likely make $40–$45 million over the weekend. Though $50 million would be a respectable result, it would still be far short of those earlier films. One important note: unlike other recent top animated releases over the past year, “Encanto” is only screening in theaters.

Blame its closest competitor: “Ghostbusters: Afterlife,” which is already drawing heavily family-skewed audiences. In previous years, the big Thanksgiving Disney animated release didn’t have such competition. In its opening weekend, “Ghostbusters: Afterlife” made $44 million, and adding $50 million to it this weekend isn’t out of reach. Films with strong initial reactions often do as well, or even better, for the five days as their first weekend. While the film wasn’t beloved by critics, both its CinemaScore (A-) indicate a crowd-pleaser with good word of mouth. 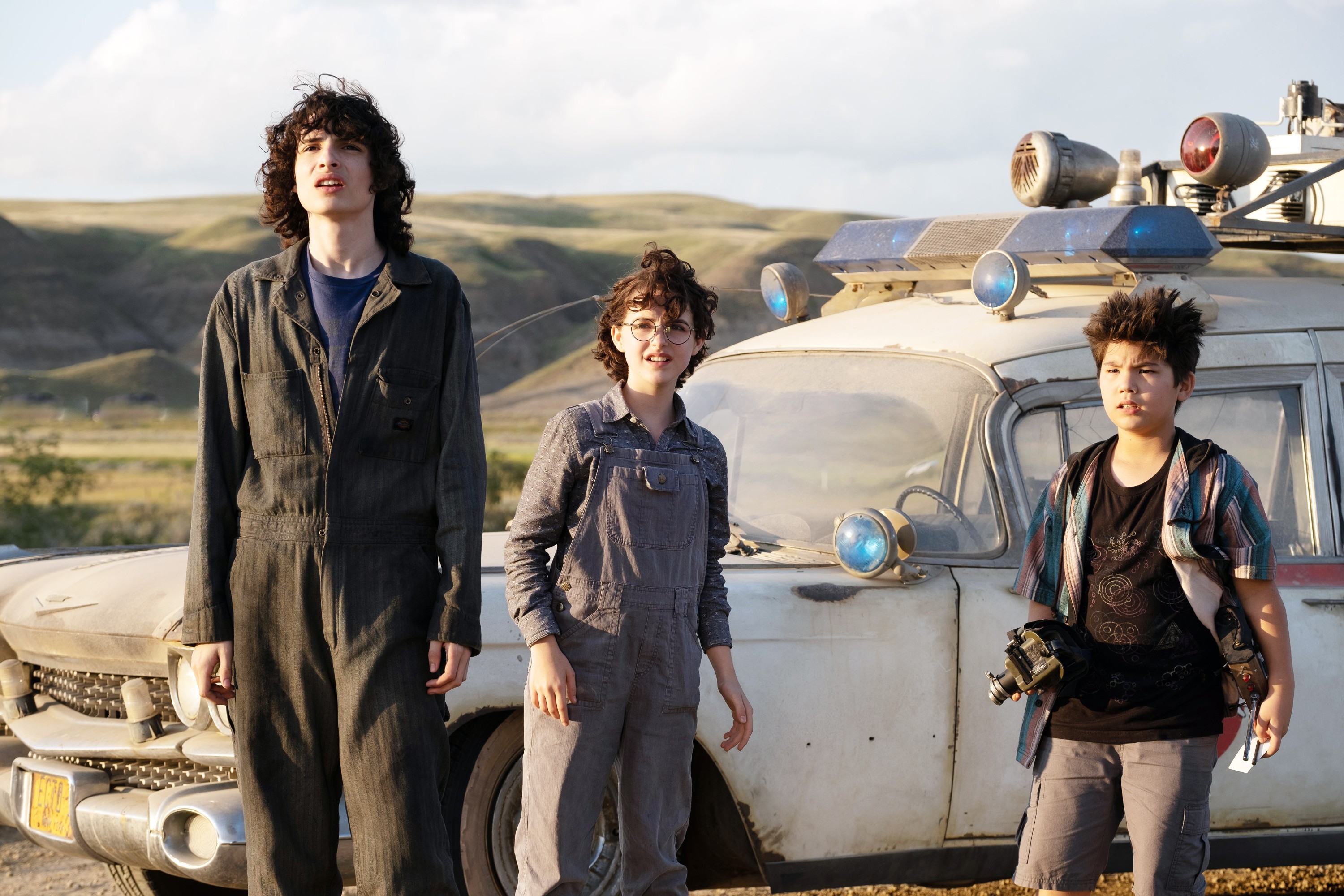 The wild card is “Resident Evil: Welcome to Raccoon City.” It’s the first new live-action film in the long-running series since 2016, and the first not directed by Paul W.S. Anderson (as well as the first not to star his wife, Milla Jovovich). Billed as an origin story, it’s clearly hoping to relaunch the franchise. Its predecessor, the amusingly titled “The Final Chapter,” had a scant $13 million opening (taking in $26 million total in domestic dollars), but ultimately added a staggering $286 million in foreign grosses.

That means nothing for its domestic start. In its favor: There hasn’t been another action/genre film of note aimed at mainstream moviegoers since “Venom: Let There Be Carnage,” which arrived in theaters almost two months ago. The consensus for its first five days is around $15 million, but this could surprise.

That’s the recipe to hit the $150 million mark among these titles. To hit that $200 million mark, expansions of “Belfast” and “C’mon C’mon” would need to perform well, as would the first run of Paul Thomas Anderson’s “Licorice Pizza,” out in just five theaters this weekend. Still, $200 million would fall short of the elevated performance of October and, with Thanksgiving usually providing oversized box office returns, that sort of loss is hardly what still-recovering theaters are in need of.

December provides similar opportunities and challenges for the multiplex, but we’ll have a better sense of those prospects after seeing how the public — and renewed concern over rising COVID cases — responds over the course of the next week. Just how central is moviegoing to the holidays this year? Wait and see.