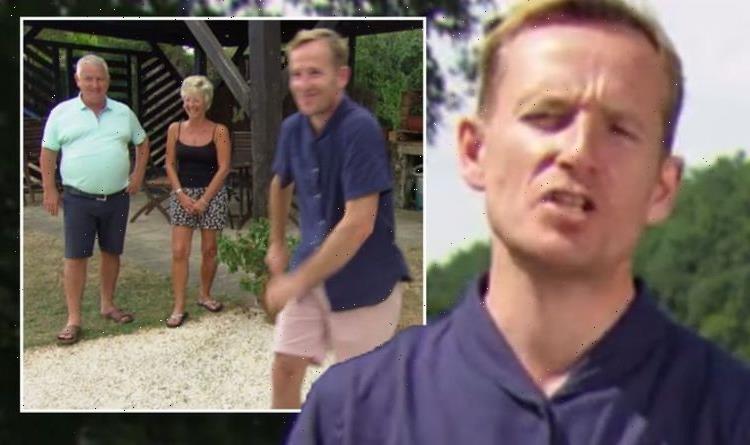 A Place in the Sun: Jonnie jokes about guest being ‘excited’

Keen to fulfil a dream of finding the perfect holiday home for themselves, Debbie and Dave accompanied Jonnie Irwin to Dordogne, France in the hopes he could help. And the A Place in the Sun host did his best to deliver, lining up five stunning properties which fell within their budget of £200,000. However, after lukewarm reaction after lukewarm reaction, Jonnie couldn’t help make fun of house-hunter Dave when he failed to express excitement in the final contender.

The search for Jonnie wasn’t exactly the easiest with all three of his first options being ruled out by Debbie and Dave relatively sharply.

Jonnie’s first property, a 16th Century four-bedroom house, was on the market for just over £202,000 but was rubbished for not having a pool.

Property number two, a six-bedroom upside-down house, appeared to have everything the duo wanted inside, but a busy road and front garden pool led to it being marked off.

And property number three split Debbie and Dave, with the latter ruling it out for its modern interior and small kitchen. 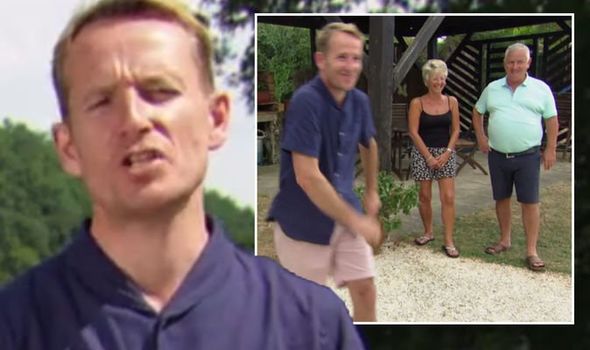 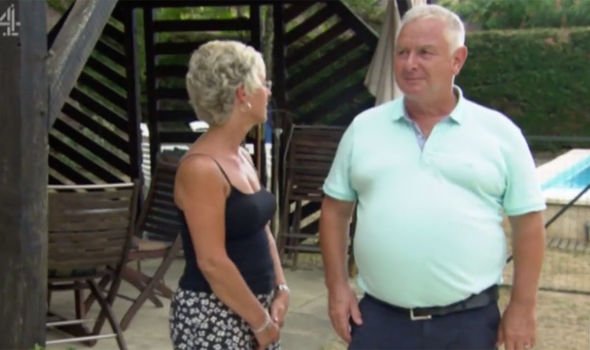 The A Place in the Sun host was left with the pressure on to impress with his final two options as a result.

And finally, with property number four, Jonnie had landed himself the first contender of the day in the form of a four-bedroom converted farmhouse.

Both Debbie and Dave were head over heels with the listing, with Dave even commenting “at last” after bagging a contender.

Jonnie’s impressive finds continued into the fifth and final option as well, although you’d be forgiven for thinking otherwise given Dave’s reaction. 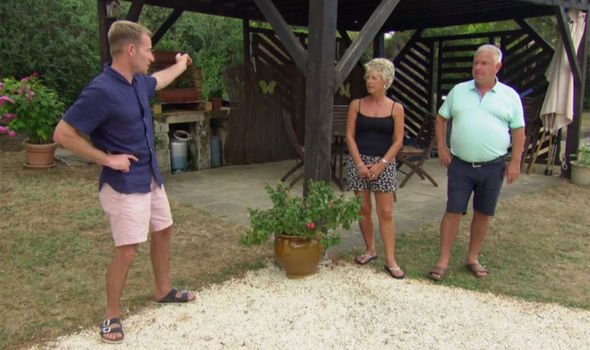 A Place in the Sun: Jonnie urges couple to ‘compromise’

“That’s pretty,” Debbie said upon arriving at the four-bedroom final house. “Cottage-y. I like that, it’s pretty.

Jonnie was also keen to draw the pair’s attention to the pool which came with the house: “That has to be the biggest pool – and it’s got a jacuzzi in it!”

Debbie continued to express her excitement before Jonnie explained the ins and outs, admitting it was on the market for around £224,000.

“It’s worth it,” Debbie excitedly added while Dave stood alongside nodding in agreement.

“Other thoughts? Dave?” Jonnie asked, which resulted in a rather underwhelming: “Yeah.”

“You’re not swinging,” Jonnie joked before Dave clarified: “I’m looking forward to seeing inside of it.”

Spotting the opportunity for a joke, Jonnie then brutally shut him down: “Are you? Tell your face, come on!”

The couple laughed off Jonnie’s jibe before making their way indoors and labelling the fifth house a contender.

However, despite having two stunning properties on the table, they had quite the bombshell for Jonnie when they reconvened.

“Neither of us can compromise on which we like better,” Debbie admitted after weighing up the two options.

“It’s brought it home to us that we know where we need to be,” Debbie added, leaving Jonnie understanding but also deflated he couldn’t land their dream home.

However, before the credits rolled, Jonnie revealed Debbie and Dave had found themselves a property away from the show.

A Place in the Sun continues weekdays at 3pm on Channel 4.