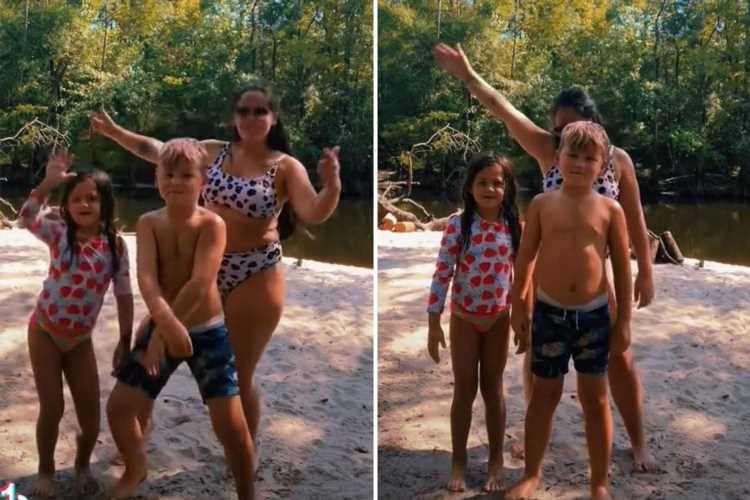 JENELLE Evans danced alongside her youngest kids Kaiser and Ensley in a new TikTok video after slamming trolls over her "weight loss."

The Teen Mom 2 alum has clapped back at the haters who have called her "fat" and roasted her for "lying about her pants size." 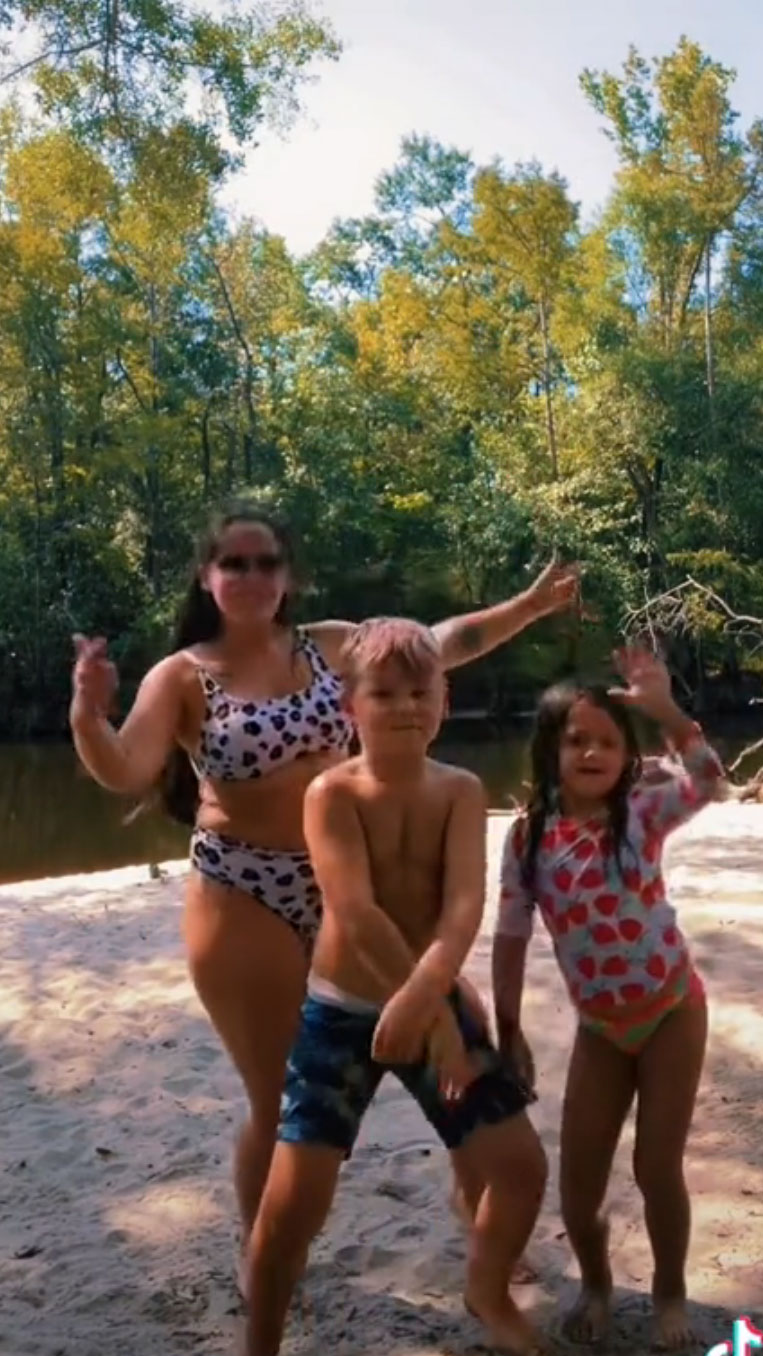 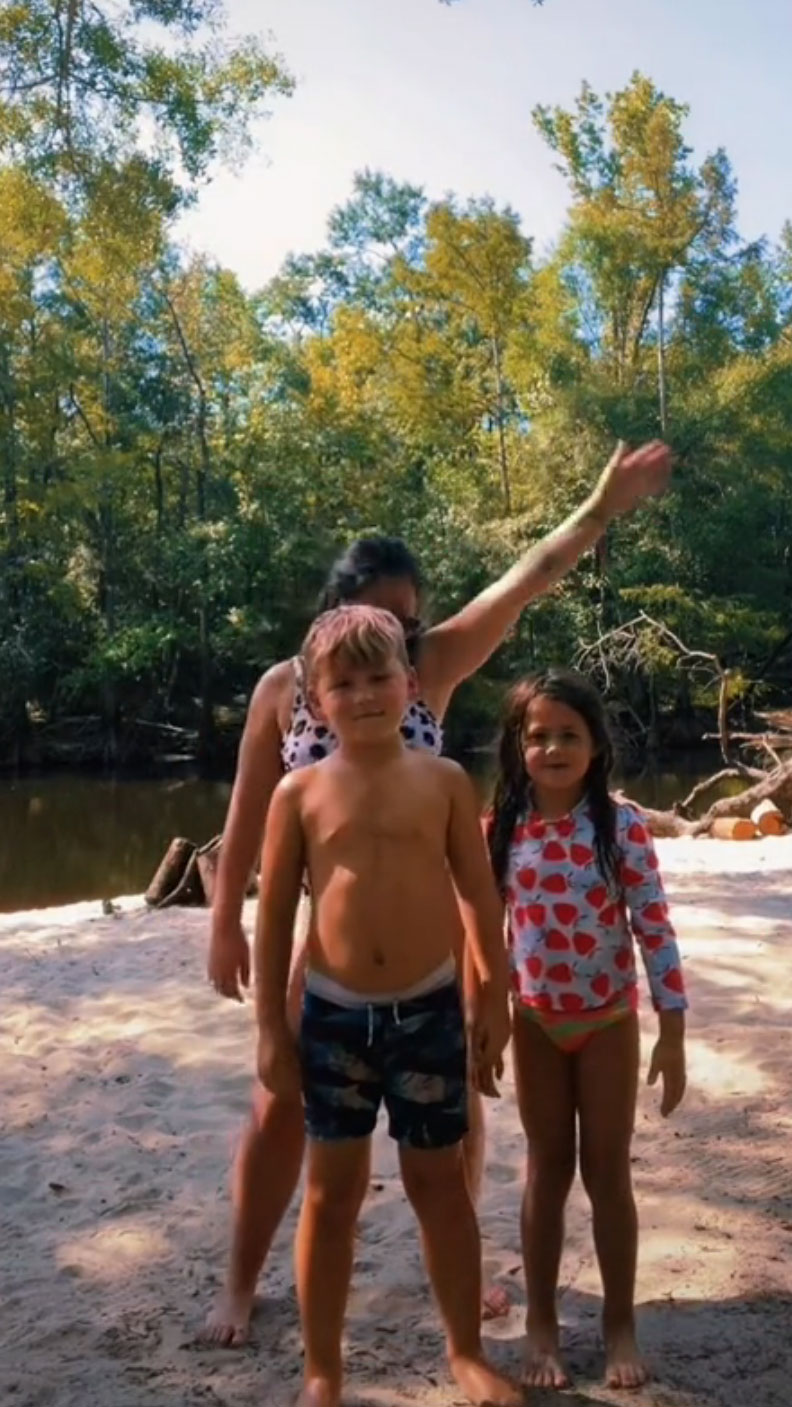 Jenelle, 29, took to TikTok on Wednesday to share a new video alongside two of her kids Kaiser, seven, and Ensley, four.

The reality star wore a leopard print polka dot bikini as she waved one arm in the air while lakeside.

Her two kids took turns dancing with her as well, raising their arms and copying their mom's movements.

Jenelle captioned her post: "My minions" with the happy heart emoji.

The TV personality's post followed a previous video where she slammed her haters online.

The MTV star told body shamers to mind their "g*dd**ned business" after many have trolled her "weight gain."

While showing off her curves in the same bathing suit, she mouthed the words: “Somebody just came up to me and asked me what I do for a living.

“I said, ‘I mind my own g*dd**ned business. They hiring. Want an application?”

Jenelle flaunted her best dance moves throughout the clip, which she captioned: “They stay questioning me 🙄👸🏻”

Just days before, the mother of three took to the platform to slam a fan who claimed she wasn't a "size six pants."

The North Carolina native re-shared a comment from the follower who wrote: "I love Jenelle so much! She was always my favorite, but I'm sorry, but ain't no way she's a size 6."

Jenelle then confirmed her jeans were a size six by dancing in a pair while showing off the tag.

She ended the clip by giving the camera and the fan her middle finger.

The controversial mom has consistently responded to body-shamers online as she defends herself from their commentary.

After one mentioned her weight and called her "fat" because she "drinks constantly," she stripped off her sweatshirt and danced in reply.

Jenelle shook her booty for the hater, writing: "You guys make it look easy to make you look dumb"

She then captioned the post: "Damn you sure think you know every detail of my body," and added the hashtags, "#MomBod" and "#MomBodSummer."

Despite the online body shamers, the TV star recently announced that she had actually lost some weight by eating more "healthy."

"Eating healthier lately! Cut out a lot of fast food, soda, and bread," she told her fans.

"I haven’t been trying, but I am losing weight without working out! Feeling great lately.

"Focusing more on my mental health and body has been more than amazing and very rewarding in my opinion."

However, many were not convinced, and when she videotaped herself making a salad, several slammed her for the contents.

She then added avocado chunks, sprinkled sharp cheddar cheese over the salad, and mixed in a "little bit of Ceasar dressing."

Fans were stunned by the combination which they called "weird and gross." 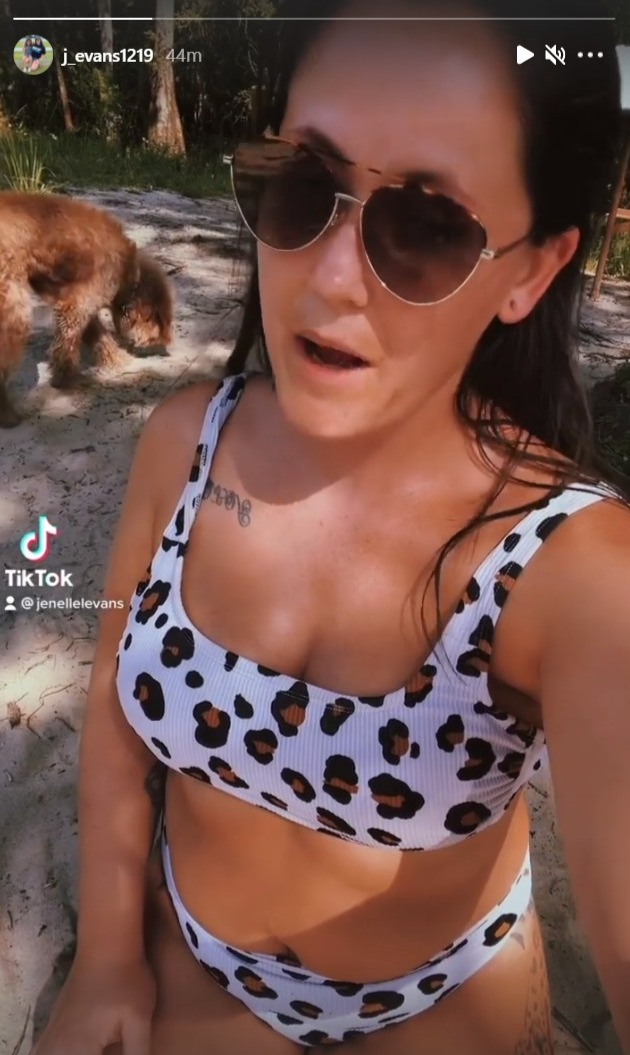 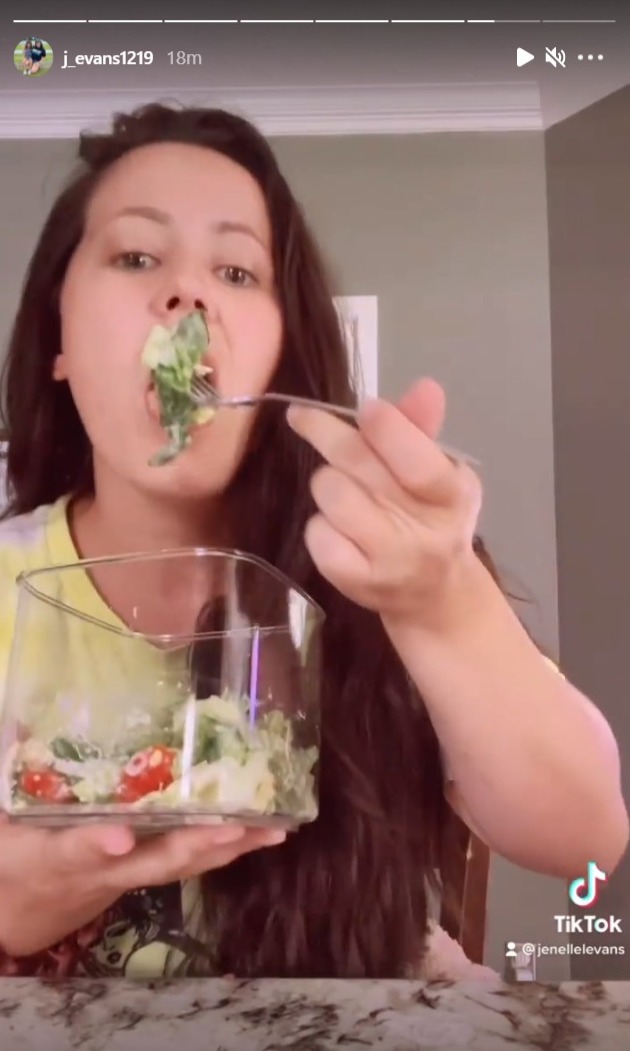 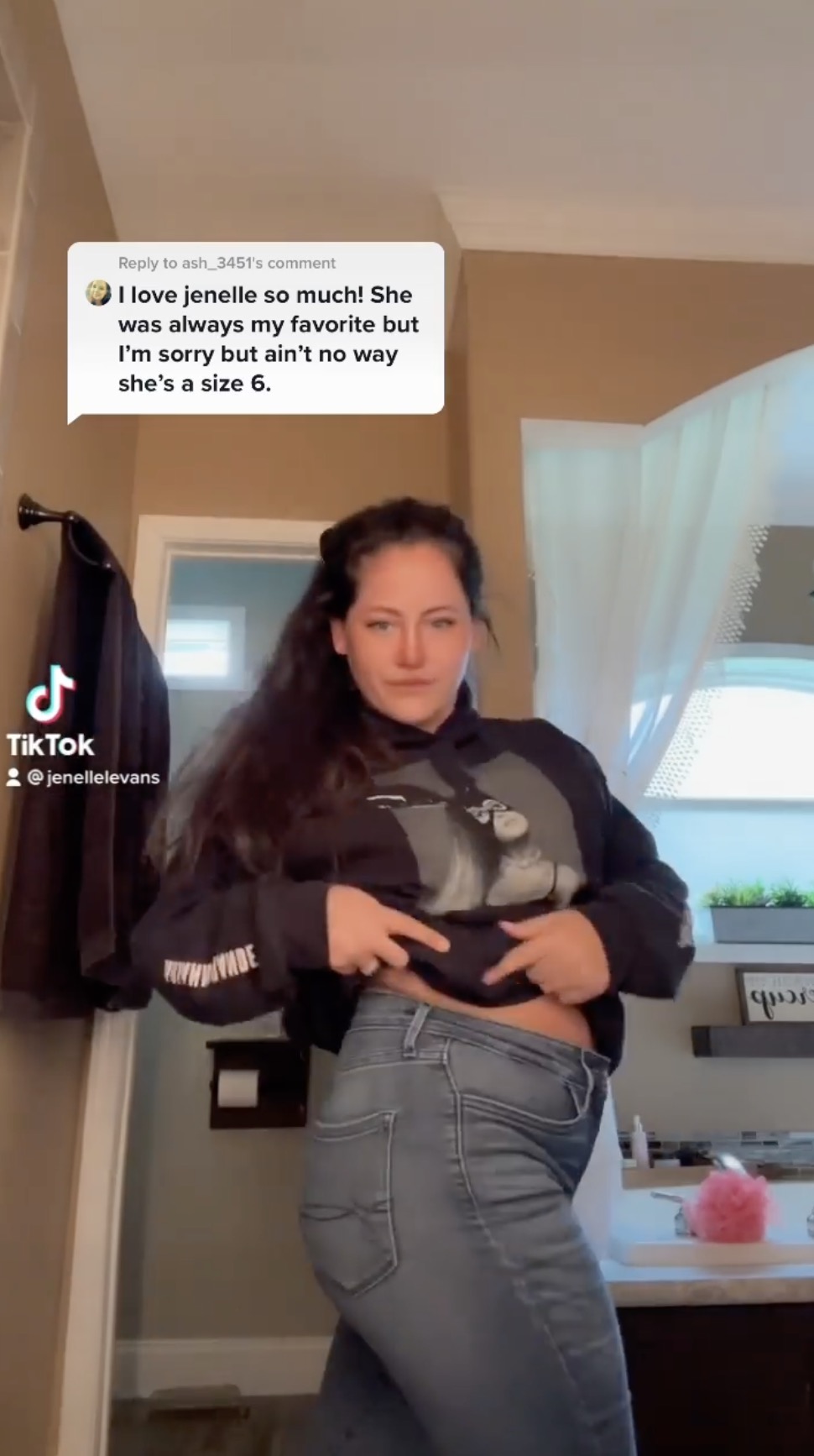