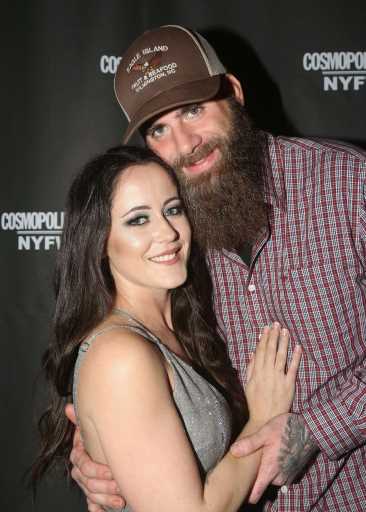 Jenelle and David Eason’s dramatic relationship and court battle continues to play out in the public eye, and now fans seemingly have confirmation that David Eason is abusive. TMZ recently released a video that shows Eason spewing venom at someone filming in the next room. It is believed Evans is the person filming, and Eason’s tirade is directed at her.

What does thevideo of David Eason show?

The short video of David Eason is pretty rough. In the video, Eason is seen standing in the kitchen and talking to someone off camera. He seems to be mumbling under his breath a bit, but he clearly states, “You could die right now.” Eason goes on to hurl insults at the individual recording the video before giving the camera the finger and walking into another room.

While the video ends there, and the cameraman never reveals themselves, TMZ alleges the video was taken in the family’s North Carolina home that they’ve dubbed “the land.” It is also rumored that the video was taken sometime last year. Based on the footage, it looks like the camera was turned on during the tail end of an argument or disagreement.

While the latest video cements Eason as a monster in the eyes of Teen Mom 2 fans, this isn’t the first time they’ve been concerned that the gun-toting reality TV husband is abusive. In fact, concerns about Eason’s behavior date back for years.

Things really came to a head in October of 2018, when Evans called 911. In the leaked call Evans, 27, told a 911 dispatcher that Eason pinned her to the ground and she thought her collarbone was broken, according to Newsweek.

Evans later tried to recant her statement. Instead, she told the media that the 911 call was prompted by a trip and fall. Evans has denied all abuse allegations and did not press charges in October. Since then the mother of three has gone on to sing Eason praises, most recently she said he was a “good dad” at the Teen Mom 2 reunion special. The special was filmed before CPS removed the kids from their home.

Was thisparticular video used in court?

Eason and Evans appeared in court on Tuesday to get a judge’s final verdict on whether or not they would be able to regain custody of their children. While the pair were confident that the judge would return their three children, that didn’t happen.

In fact, a judge ordered the pair to undergo therapy, submit to weekly drug tests, and to enroll in parenting classes before the court would even consider returning the children to the couple. Both Evans and Eason are due back in court on June 4 to share their progress.

It is not known if the video shared by TMZ was also used in court. The video, however, clearly indicates a child was in the home during Eason’s tirade. The presence of a child crying further cements the notion that the house was an unsafe environment for the children. According to In Touch, a judge noted that Evans failed to protect her children from Eason.