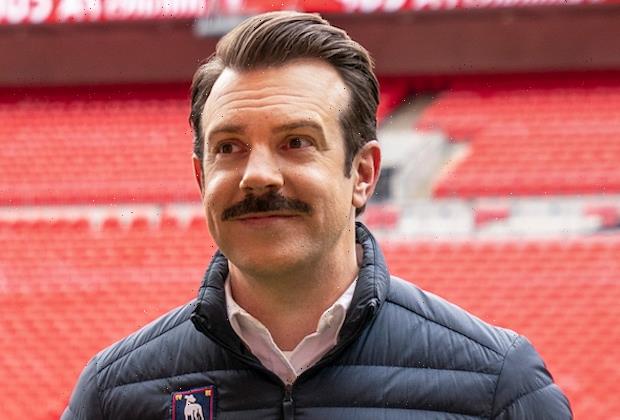 Friday’s Ted Lasso gets to the root of the title character’s internal suffering.

While checking in with team psychologist Sharon, the head coach discloses that his father died by suicide when he was just a teenager.

“My father killed himself when I was 16,” he tells her, as he begins to weep. “That happened to me and my mom. And look, I don’t know If that’s where maybe some of my issues stem from, but… I just wanted to let you know.”

The seeds for this tragic reveal were first planted in Season 1. During a memorable round of darts with Rebecca’s ex-husband Rupert, Ted mentioned that he used to spend every Sunday afternoon at a sports bar, playing darts with his dad, from age 10 until 16, when his dad “passed away.”

More recently, in the July 30 episode, Ted told Jamie that his father was “a lot harder on himself than he ever was on me,” but did not divulge any specifics. 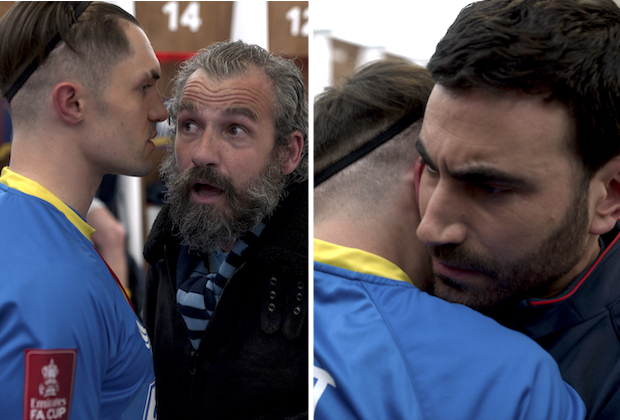 Jamie’s own father makes quite the scene this week. James taunts his son in front of all of his teammates, following AFC Richmond’s devastating loss to Manchester City in the FA Cup semifinal. Jamie attempts to maintain his composure as the drunkard belittles him, but he ultimately loses his cool (justifiably so!) and punches Dad square in the face. After Coach Beard drags James out of the locker room, it’s Roy (yes, Roy!) who consoles Jamie. He walks across the room and wraps his arms around Jamie, who accepts his embrace and cries into his shoulder.

Overwhelmed by what he has just witnessed between the elder and younger Tartt, Ted walks outside and gives Sharon a ring. She assumes he’s calling to check in following her recent accident. Instead, he finally lets her in and reveals the lingering trauma of his father’s demise. 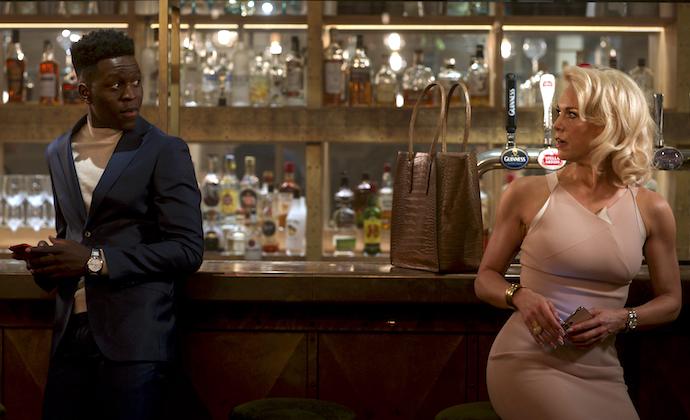 On a much lighter note, Rebecca and LDN152—err, Sam, finally meet this week. Rebecca is mortified when she realizes that she has matched with her 21-year-old star player, but their chemistry is undeniable, and she kisses him at the end of the night. She insists it can’t happen again, but we all know where this is headed. After the Man City match, Rebecca texts Sam and asks if he’s around, and he responds with his address. But when she heads out to meet him, he’s already at her front door.

“Why did you send me your address?” Rebecca asks. “For next time,” Sam responds.

What did you think of Ted Lasso Season 2, Episode 8: “Man City”? Drop a comment with your full review.