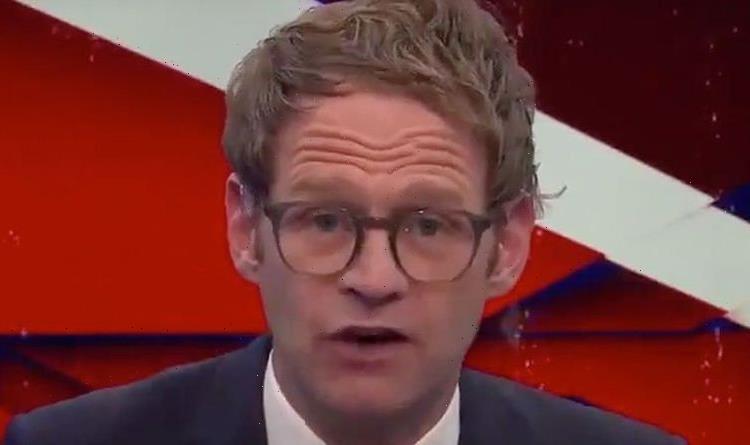 GB News presenter Mark Dolan has slammed the BBC for urging staff to state their gender pronouns in order to be more inclusive to transgender employees, calling the BBC “divisive” and a “waste of the time”. The slamming came after the BBC staff have expressed fear over gender pay gap figures as a result of this move.

Speaking on GB News, Mark Dolan called the BBC out and said that taxpayers’ money is being wasted at the BBC by an obsession over which gender staff identify as.

“Why can’t the BBC function like a normal organisation by just employing the best people to deliver the best product, is that too much to ask?

“All of this politicised and ideologically driven bureaucracy is counterproductive divisive and a complete waste of time.”

“The licence fee and obligatory Public tax bankrolls this navel-gazing nonsense. Pensioners are now threatened with the long arm of the law so that the BBC can hire more pronoun police.

“The BBC last week announced that they will crush any debate over trans rights. They put out a tweet, it was pretty extraordinary.

“Now I’m super pro-trans, and have many friends that have been on that important and joyous journey.

The BBC tweet read: “We will block people bringing hate to our comments sections; We will report the most serious cases to the relevant authorities; We will work to make our accounts kind and respectful places.”

The corporation asked staff to declare their preferred pronouns, such as “she/her”, “he/him” or “they/them”.

The guidance states: “It lets colleagues know your pronouns and shows that you respect other people’s too. It’s really simple.”

The corporation insisted the move is a “small, proactive step that we can all take to help create a more inclusive workplace.”

According to internal surveys, more than 400 BBC employees, 2 percent of the 22,000 total, identify as transgender.