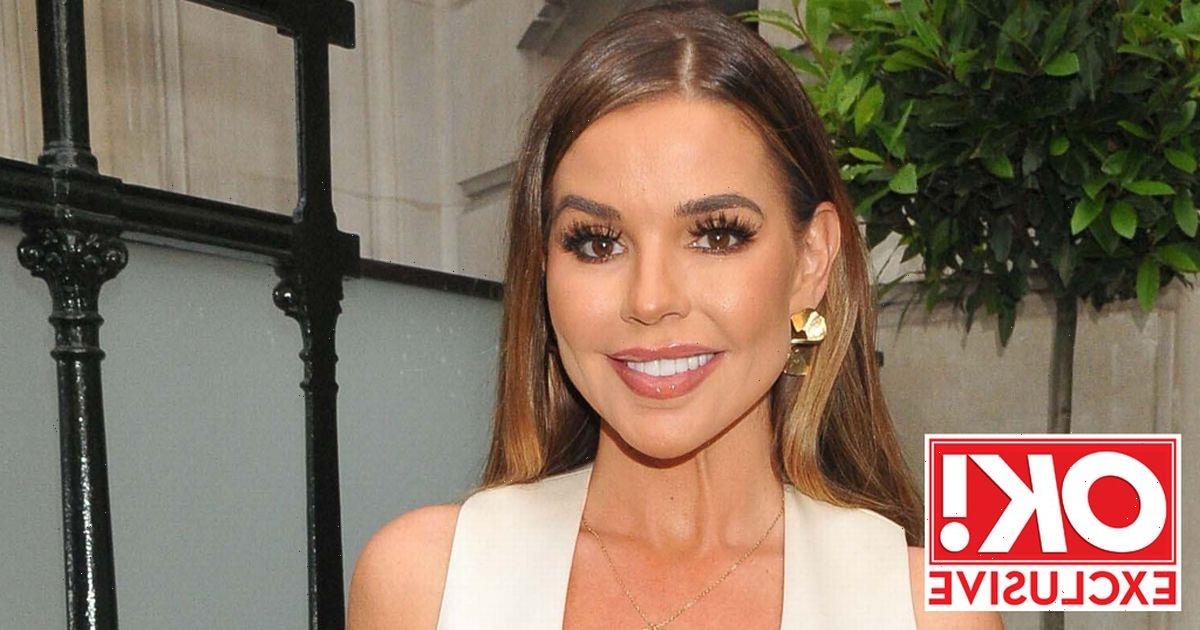 Before leaving The Real Housewives Of Cheshire, Tanya Bardsley was a busy woman, juggling four businesses with being a mum to sons Rocco, 13, Renz, nine, and Ralphi, six, who she shares with Burnley FC footballer Phil Bardsley, and daughter Gabriella, 20, from a previous relationship.

But things took a turn for the worse when she began feeling overwhelmed by the sheer number of responsibilities she had, which eventually led to her deciding to end her time on the reality show.

The decision was largely down to her struggle with her mental health after being misdiagnosed with depression for her entire life when she was really dealing with attention deficit hyperactivity disorder.

ADHD is a condition that can create feelings of restlessness, inattentiveness, hyperactivity and impulsivity. According to the NHS, people with ADHD can have additional problems such as sleep and anxiety disorders.

Now, in an interview to promote her new scent Chien (in support of Search Dog Heroes, a project run by the Missing People charity, which offers help to people who run away or go missing) Tanya, 41, has opened up on what it’s been like going through life taking medication for the wrong condition and how that has impacted her.

“I’ve had a couple of breakdowns, which have been aired on Housewives and that’s why I had to leave, because my mental health was not in great shape,” she explained.

“Because I was treated for anxiety and depression all my life and then I got diagnosed with ADHD just before I was 40, I’ve not had a great journey with mental health.”

Comparing the feeling of being down to her brain being “covered in black film, like glue,” Tanya said she works every day to try to keep her mind positive as she can easily get “hyper focused” on the negative side of life.

Tanya said she meditates, drinks plenty of water, makes sure she gets her five a day, and exercises regularly in an attempt to “brainwash her mind” with positivity. She said, “It’s like going to the gym every day. If you don’t do squats, your bum is going to go saggy. If I don’t train my mind, that’s gonna go saggy and it’s gonna be covered in black film.

So I have to just do all these things to make sure I keep the darkness away.”

After being diagnosed with ADHD right before her 40th birthday, Tanya started a new medication, but explained, “I think because I’ve been given antidepressants all my life – which is like getting chickenpox medication when you’ve got the flu – my brain chemicals were all messed up. They didn’t agree with my brain and I ended up having a seizure.”

Tanya suffered a seizure in August 2021 during a photoshoot and was subsequently rushed to hospital. At the time, she told her 578,000 Instagram followers that it was due to the stress of overworking and trying to be “perfect in every area” of her life.

But speaking to OK!, the star explained that it was more than just exhaustion – it was also the new medication she was taking for her ADHD.

“It was the ADHD, the new medication. I was completely overworking myself because my brain was going 100 miles an hour. Businesses coming out my ears and exhaustion, stress, new medication, I think it was just a lot,” she explained. “It was my first, and thankfully I’ve not had one since.”

Following the “horrific” seizure, Tanya said her husband Phil, 37, ensured she got the rest she needed.

“My husband put me in what I call Tanya jail,” she reveals. “I wasn’t allowed on my phone – he would hide it. He was like, ‘You’ve got to stop doing so much.’ And I got rid of my shop and then left Housewives and now I just do things when I feel good, because I can get overwhelmed.

“It’s like an inner restlessness, a constant inner battle. It’s not picked up on because women living with ADHD aren’t causing anyone any trouble,” she says. “In schools they’re not loud and they’re not hyper. I am hyper, but I’m not disruptive, so I didn’t get picked up. That’s why women more often go undiagnosed.”

Describing her own symptoms of the condition, she continued, “Part of ADHD is that you can feel really low while in a state of restlessness, which looks like anxiety. Your mind goes a million miles an hour, you can hyper focus on negative stuff that you can’t see a way out of.

“In the past, when you went to the doctors and told them your symptoms, they didn’t always pick up on what was causing it because they weren’t so aware. It’s only now that a GP might say, ‘Oh, it could be this.’”

Search Dog Heroes is run in partnership by Missing People and Lowland Rescue. The campaign looks to encourage carers and families of vulnerable people to capture the scent of their loved one in the event of them going missing.