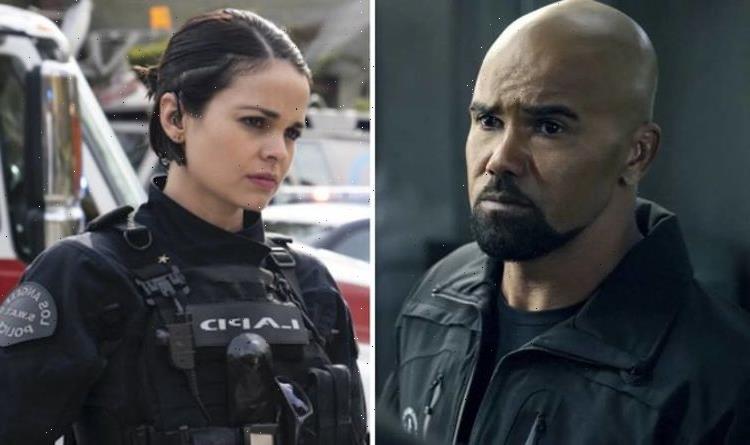 SWAT was renewed for a fifth outing earlier this year as part of CBS’ autumn programme announcement. The drama stars actor Shemar Moore as Sgt Dan “Hondo” Harrelson and his team of officers in the Los Angeles police department who fight against hard-core criminals to protect the public. Filming for the latest series is underway but the cast and crew have been struck with a problem.

Will the SWAT season 5 start date be postponed?

SWAT season four came to an end in May 2021 and it wasn’t too long before it was revealed the drama had been given the go-ahead for another series.

CBS made a major announcement that featured the renewal of SWAT along with other shows such as Blue Bloods, Bull, NCIS  and Magnum PI.

The latest NCIS spin-off NCIS Hawaii was mentioned too as it will premiere its first series in the fall.

Going by CBS, SWAT’s season five release date is expected to be on Friday, October 1.

However, a spanner was thrown into the works at the end of last month.

There has been an outbreak of the Delta variant of coronavirus across California.

This is where filming is taking place for the fifth series of SWAT.

According to Deadline, a source confirmed there were five cases of coronavirus on the set.

But does this mean there has been a delay in filming which could push the release date back?

The start date has already been announced so fans would be very disappointed to see it return any later.

Fortunately, production hasn’t been suspended on the drama so, for now at least, the October 1 release date is still going ahead.

Although, the outbreak did affect other series which are in the middle of filming.

Production had been brought to a halt at the end of last month on the tenth series of American Horror Story.

Shooting had to stop for a few days as there was a positive Covid-19 case in the building which led to others having to self-isolate.

It was a similar story for FX’s Westworld as well when a member of the production team tested positive.

Filming had to be postponed for a couple of days before it could continue.

When SWAT does return, it’s going to be a very different series following the season four finale.

Hondo went to the press about racism in the department which resulted in protests starting up across the city.

As a result of his actions, Hicks (Patrick St Espirit) decided Hondo was to be demoted from squad leader but how he is going to cope with no longer being in charge?

SWAT is available to watch on CBS.