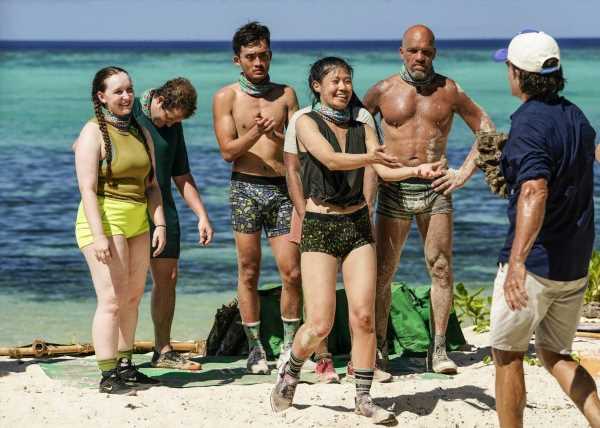 Survivor Season 42 is full of twists and turns, just as host Jeff Probst promised. And Survivor Season 42 Episode 3 didn’t disappoint. The episode brought the “Risk Your Vote” twist to the forefront. So, what happened with the twist that ultimately may have caused one contestant to get their torch snuffed?

How does the ‘Risk Your Vote’ work in ‘Survivor’ Season 42?

So, how does the “Risk Your Vote” work? First, two or three members from different tribes walk together on a path to the twist, and that’s where they can get to know each other better and possibly forge alliances across tribes. When they get to where the twist happens, they part ways. Each cast member sees a station where they have the option to risk their vote or protect their vote.

Survivor Season 42 Episode 3 showed the negative side of taking big risks. Chanelle Howell and Omar Zaheer were chosen to go on the “Risk Your Vote” hike, and they got to know each other along the way. Both felt like they could trust each other — and they also both felt safe going for the “Risk Your Vote” option. Unfortunately, they both lost their votes — and Chanelle was headed to Tribal Council with the Vati Tribe.

Prior to Tribal, Daniel, Jenny, Mike, and Chanelle planned to take out Lydia. But Mike lost his vote due to the “Beware Advantage,” and now, Chanelle was without her vote. This left only Danielle and Jenny to vote for Lydia at Tribal, which they did. Lydia and Hai then voted for Jenny, forcing a tie.

After the initial tie, Jenny and Lydia could no longer vote because they were the two players receiving votes — and that left just Hai and Daniel to make a decision. Would they go to rocks as a tribe, which would save Lydia and Jenny? Or would they come to a consensus? Daniel flipped his vote, sending Jenny home. But none of this would’ve happened if Chanelle didn’t risk her vote in the first place.

Not only did fans see the “Risk Your Vote” come majorly into play during Survivor Season 42 Episode 3, but another “Beware Advantage” was unearthed. Maryanne from the Taku Tribe found the advantage, which also puts the second “Beware Advantage” phrase into the game. Her phrase is: “It’s another classic case of the bunny rabbit having dinner in the mailbox.”

While Maryanne said her phrase prior to the challenge, Mike from the Vati Tribe — the other player to find the advantage — didn’t say his phrase. As of now, the Ika Tribe still has to find their “Beware Advantage.” Once all three phrases are said, the three players with the advantages get idols and their votes back.