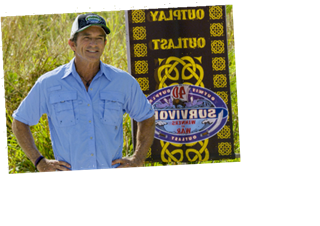 Jeff Probst will soon be snuffing torches once again.

After multiple delays due to the COVID-19 pandemic, Survivor is finally heading back to the island. Probst and company are set to resume production on Season 41, the host announced in a video posted to social media on Monday.

“Fiji has invited us back to their beautiful country to shoot season 41,” Probst said. “We have all of our COVID protocols in place so that everybody in Fiji will remain safe, all of our crew will be safe and, of course, our players will be safe. I’ve got to tell you, I can’t remember a time when I’ve been this pumped to shoot Survivor, and I’ll tell you why: The past year has reminded me, and I hope it’s reminded you, that you’ve got to live your life like it’s one big great adventure, and Survivor fulfills that. So I am thrilled to say I will see you on the island for Survivor 41. Let’s do it!”

Season 41 was originally set to begin filming on March 24, 2020, but plans were abruptly changed just two weeks before shooting. Since then, producers had been working with officials in Fiji on a timeline that would ensure the health and safety of everyone involved. Due to the fact that Survivor‘s production team hails from all over the globe, in addition to the closing of Fiji’s borders for non-citizens as a result of the coronavirus outbreak, pinpointing an exact start date had been nearing impossible, and the delay has resulted in the longest gap between seasons in the show’s history.

While other shows like The Challenge and Love Island have figured out ways to move forward during the pandemic, existing infrastructure — including pre-built sets made specifically for Season 41 — in addition to sizable tax incentives have cemented Survivor‘s loyalty to Fiji.

The reality competition series has been off the air since the finale for its 40th season, Winners at War, on May 13, 2020. That season crowned Cagayan castaway Tony Vlachos as the series’ second two-time winner. The season (as one could guess by its title) brought back 20 of the show’s most legendary and cunning winners for an all-out battle royale that celebrated the show’s 20th anniversary.

Are you excited that more Survivor is on the horizon? Sound off in the comments!