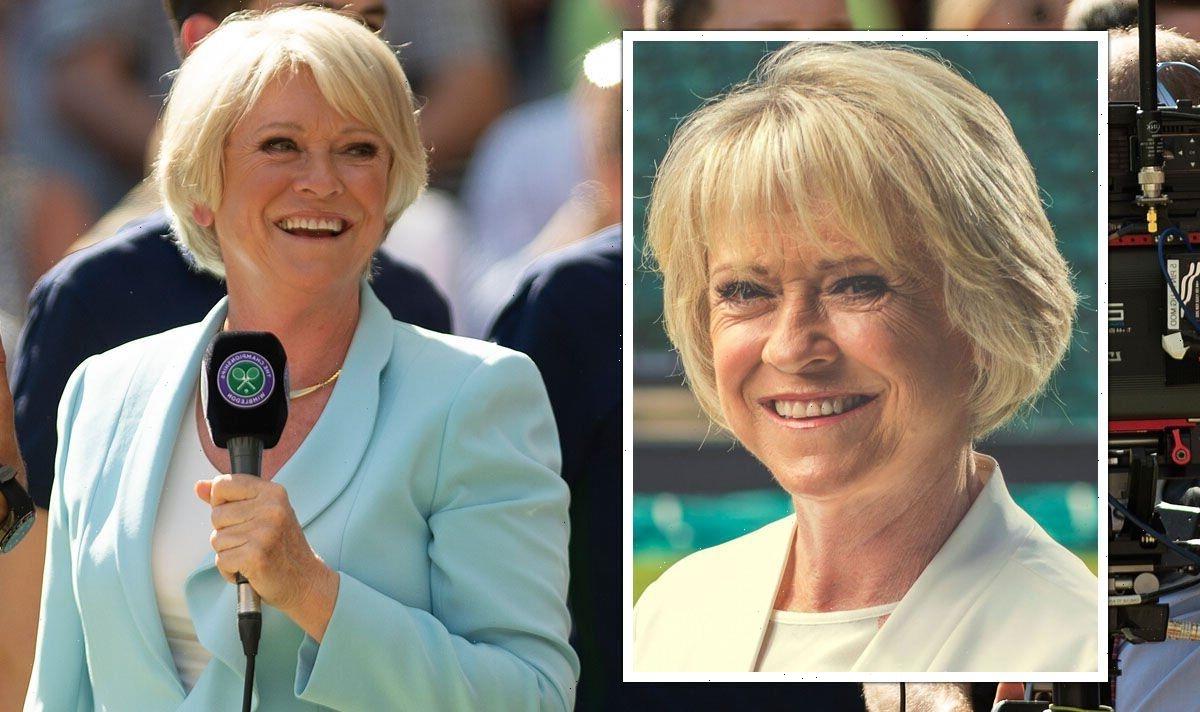 Sue, 66, has become a staple part of the BBC’s tennis coverage but will retire after this year’s Wimbledon wraps up. After 30 years of hosting the matches, Sue has announced she is calling it a day after working on some of the most important sporting events. concluding: “I’ve worked with the best of the best.”

Sue’s Wimbledon exit comes after she shocked fans last year when she left her role on BBC’s A Question of Sport last year after 24 years of presenting the quiz show.

In an official statement regarding her Wimbledon departure, Sue explained: “What a wonderful time I’ve had working on some of the biggest sporting events around the world.

“I will miss it terribly but after 30 years I feel the time is right for me. I’ve worked with the best of the best.”

Tim Davie, Director General of the BBC said: “Sue Barker has been the face and voice of Wimbledon for three decades.

After 30 years at the helm of live sports broadcasting, Sue’s decision will come as a shock to fans throughout the sporting world.

Other events Sue has been renowned for covering include the Olympic Games, the Commonwealth Games, World Athletics Championships, the London Marathon, the Grand National, Royal Ascot and Sports Personality of the Year.

An original trailblazer, she was the first woman to lead a presentation for a crown jewel event on the BBC.

Forging her own hugely successful career, Sue paved the way for a raft of talented women to build their own careers on screen, as presenters, commentators and pundits.

She has become a well-loved sports presenter known for her warm approach.

“What a wonderful time I’ve had working on some of the biggest sporting events around the world,” she stated in the announcement.

“I will miss it terribly but after 30 years I feel the time is right for me. I’ve worked with the best of the best.”

Tim Davie, Director-General BBC said: “Sue Barker has been the face and voice of Wimbledon for three decades.

“Many of our viewers will not know of a summer in SW19 without her.

“She is a consummate professional, an outstanding presenter and a wonderful colleague, loved by current and former players, all of us at the BBC and audiences across the UK and beyond.

“Her contribution to tennis, the BBC, sports presenting and for blazing a trail for women in broadcasting cannot be overstated.

“We are looking forward to her leading our coverage, with all the style, warmth and knowledge she has displayed for the last 30 years, and we will say farewell with heavy hearts at the end of the tournament.”

Barbara Slater, Director BBC Sport added: “Sue is a national treasure and we’d have loved for her to continue in her role for many years to come.

“We do of course respect her decision and understand why, after 30 years of leading Wimbledon presentation, she’s ready to make this year her last.

“We thank Sue for the remarkable contribution she has made to sports broadcasting during what has been a truly extraordinary and illustrious career.

” A consummate professional who audiences will remember for her skill, authority and warmth on screen, Sue will be equally remembered with fondness and affection by colleagues who had the privilege to work alongside her, experiencing the same professionalism and warmth behind the scenes.”