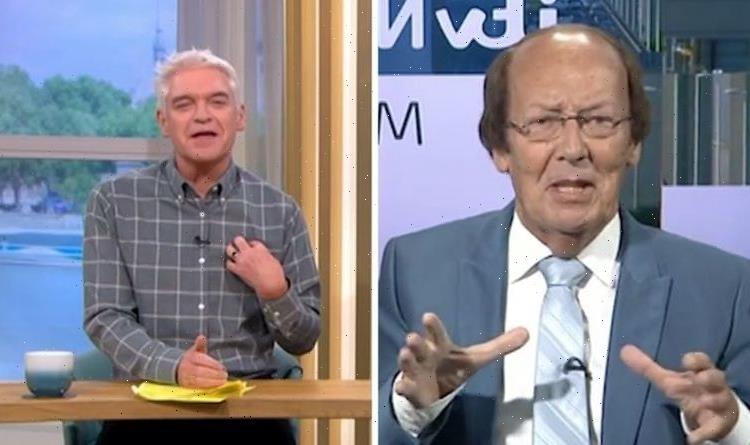 Fred Dineneage reveals the truth behind his path to ITV

Veteran news anchor Fred Dinenage has officially announced he’ll be leaving ITV Meridian. The 79-year-old has worked for the broadcaster for almost four decades, which has earned him the title of one of ITV’s longest-serving regional news anchors. However, on Tuesday’s instalment of This Morning, he detailed to Phillip Schofield and Holly Willoughby the truth behind his path to ITV.

Reminiscing over Fred’s established career, Phillip asked the broadcaster about his memories of hosting the show educational television show called How in the 1960s.
Fred presented the show between 1966 and 1981 alongside Jack Hargreave, who originally hosted the programme alone.
Fred explained: “I have so many memories of that show – I started in 1966.
“For the audition I did, I was all over the place and I was dropping things, something caught fire, and I was making an absolute mess.

“[Jack Hargreave] said he wanted to start a series and I told him I was really going to try and get everything right.
“And he said, ‘Fred, don’t bother you weren’t hired for that, you were hired because you’re a bit of a prat.'”