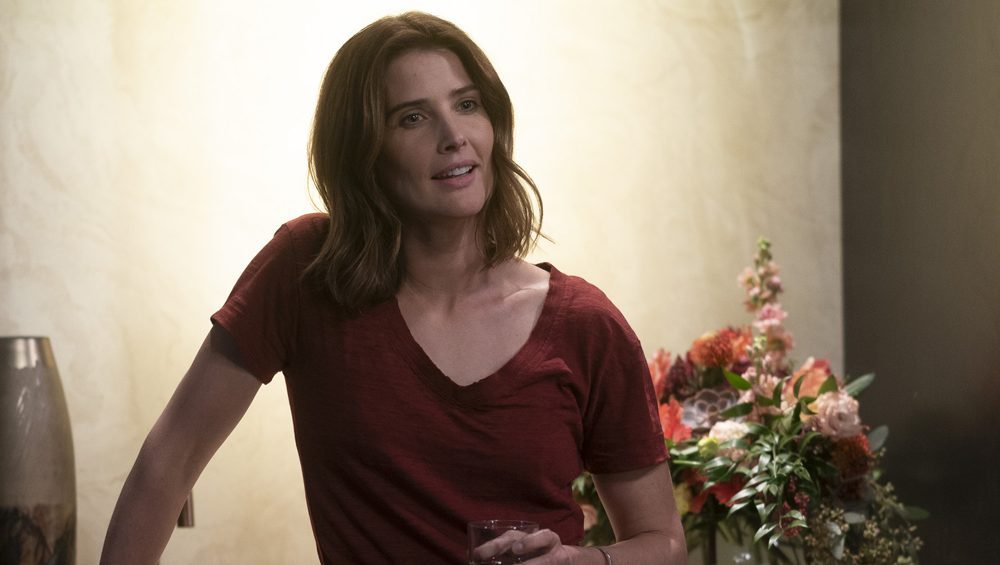 The cast and producing team of ABC’s forthcoming adaptation of Greg Rucka’s graphic novel Stumptown took the dais at TCA to talk about the new series that is more than just a procedural action-drama. There’s a lot of secrets folded into the lives of the complex characters.

The whole Stumptown gang was there for TCA: Actors Cobie Smulders, Michael Ealy, Tantoo Cardinal, Adrian Martinez, Cole Sibus, Jake Johnson and Camryn Manheim were joined by show creator Jason Richman alongside fellow executive producers David Bernad and Ruben Fleischer to unpack the anatomy of the show and its different take on the genre.

“The moment I read the graphic novel, there’s a spirit of the character that came through and I fell in love with it immediately,” said Richman. “[Smulers’ Dex] is such a complex character — in the history of this genre that was unique. If you put that all together, it paints a unique picture.” He adds that he wanted to create a show around the Dex character with a wide range of characters.

'Fall And Rise: The Story Of 9/11' Limited Series Based On Book In Works At ABC – TCA

The series follows Dex Parios (Smulders) – a strong, assertive and sharp-witted marine veteran with a complicated love life, gambling debt and a brother to take care of in Portland, Oregon. Her military intelligence skills make her a great PI, but her unapologetic style puts her in the firing line of hardcore criminals and not quite in alliance with the police.

Smulders didn’t choose the role of Dex just because she is a polar opposite of How I Met Your Mother‘s Robin Scherbatsky. In fact, she says there are elements of Robin there. Smulders said that she has a story that can go on for multiple seasons adding that she fell in love with Dex and is a character “that you can never be bored with.”

“It was more about finding something that is challenging and fun to play rather than a polar opposite,” she said.

For Manheim, she said that she loves the writing and cast, but more specifically she marvels at the fact that Stumptown  has “three female badasses at the helm.”

‘Fall And Rise: The Story Of 9/11’ Limited Series Based On Book In Works At ABC – TCA

“We tend to see a lot of professionals in uniform and we never get to see their backstory,” she remarks. “What is great about Cosgrorve is she has a life. She has goals she hasn’t reached. I’m looking forward to going deeper into the life of a woman in her 50s.” She adds that she enjoys seeing what makes women in power tick.

Cardinal plays Sue Lynn Blackbird and member of the indigenous community — a community that is seldom represented on TV. When asked about the portrayal of the culture, Cardinal said that Rucka, who is from Portland, knew women like Sue Lynn and therefore wrote her authentically and rooted in reality.

“It has been part of my madness that has misconstrued who we are. We are an enigma,” she said. “Some are surprised we are still alive. We have a world that is separate — off the reservation, you might say. I was kind of astounded to get the script — to see this character and see who she is. It’s exciting to see a whole different idea of who we are and close to the truth of who we are today.”

Dex, Cosgrove and Sue Lynn are just two characters who are part of a tapestry of complex characters, their relationships and secrets that give a different take on the procedural. Richman said this is an ongoing theme in the series adding, “Characters are always more interesting when they’re hiding something.”