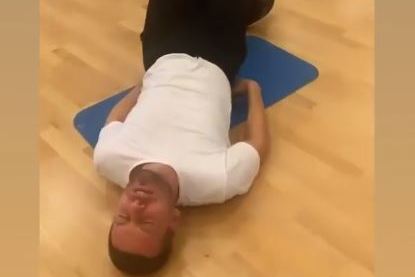 STRICTLY Come Dancing training is taking such a toll on Chris Ramsey, he can't even get out of bed or walk to the loo.

The comic took to his instagram account earlier today to reveal just how tough  rehearsals with dance partner Karen Clifton for the hit BBC show have been. 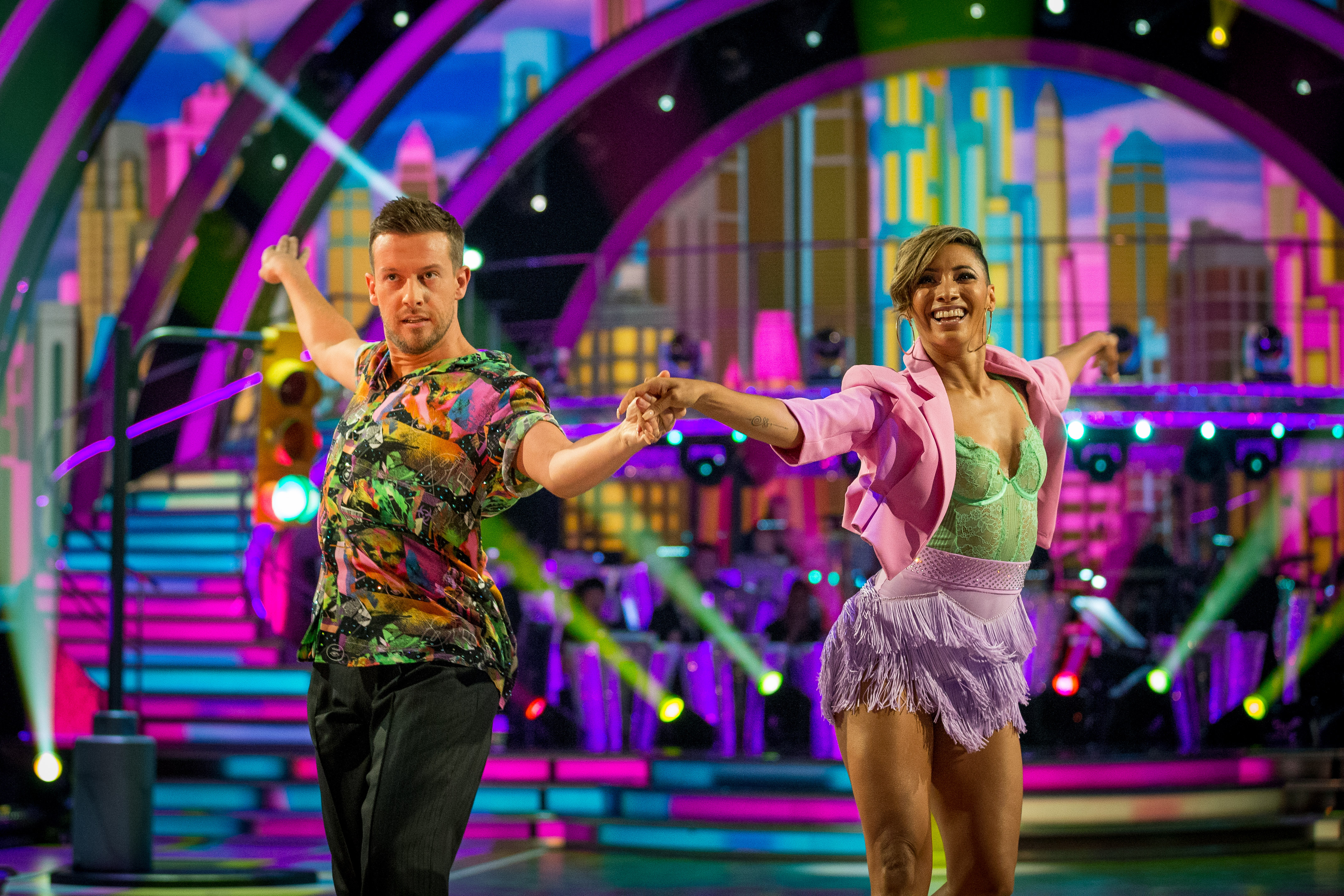 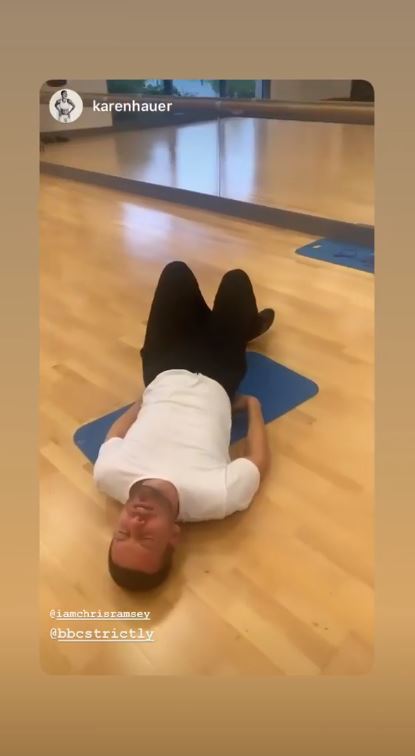 Recording a story this morning, the 33 year-old Geordie said: "It's Charleston this week and I feel like I have been hit by a bus. It's madness. It's the most energetic thing in the world."
And while the funny man, who is dancing to Take That track Out of Our Heads on Saturday's episode, said he is enjoying it, he confessed it's left him virtually unable to stand.

"It takes about twenty minutes to roll out of bed and onto the floor and then crawl to the toilet but yeah, happy days," he added. 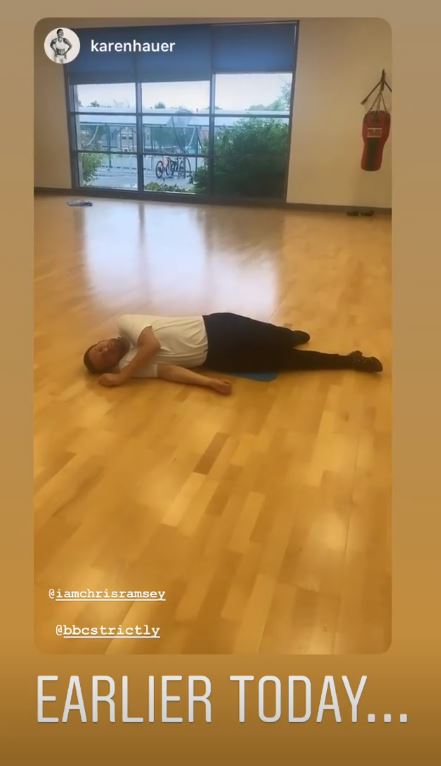 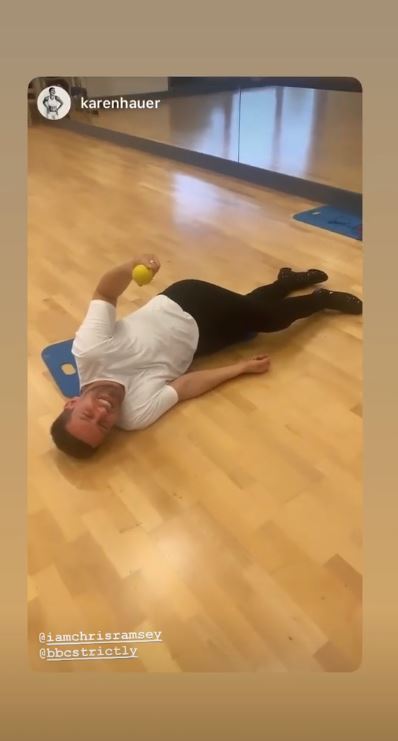 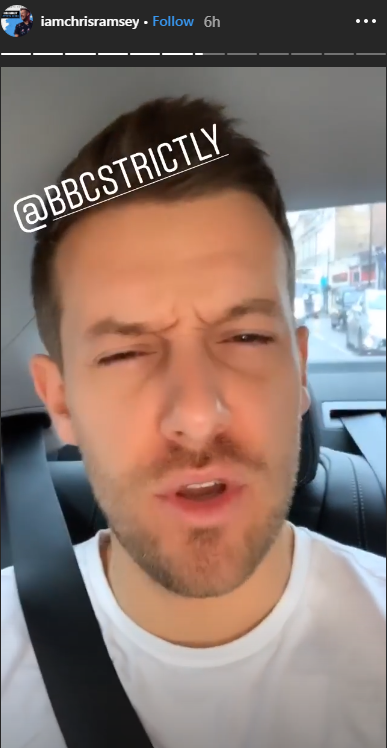 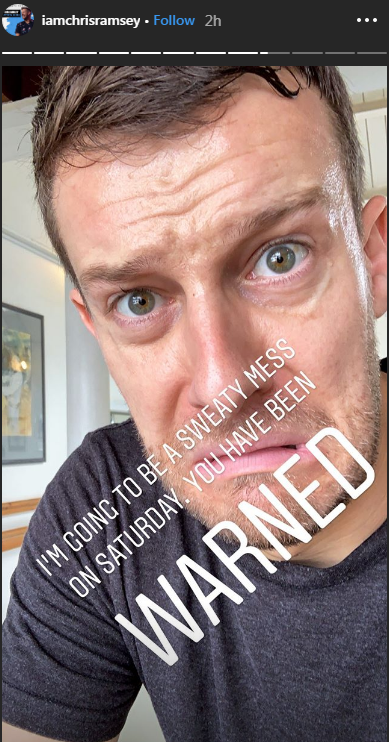 In another video, Chris told fans that he won't be able to take part in the dance-off because the routine is so gruelling.

Chris explained: "Guys you have got to remember to vote on Saturday because there is absolutely no way I can do this song twice in one night.

This comes after Karen shared a video on her social media yesterday of Chris rolling around on a video ball in the rehearsal studio. 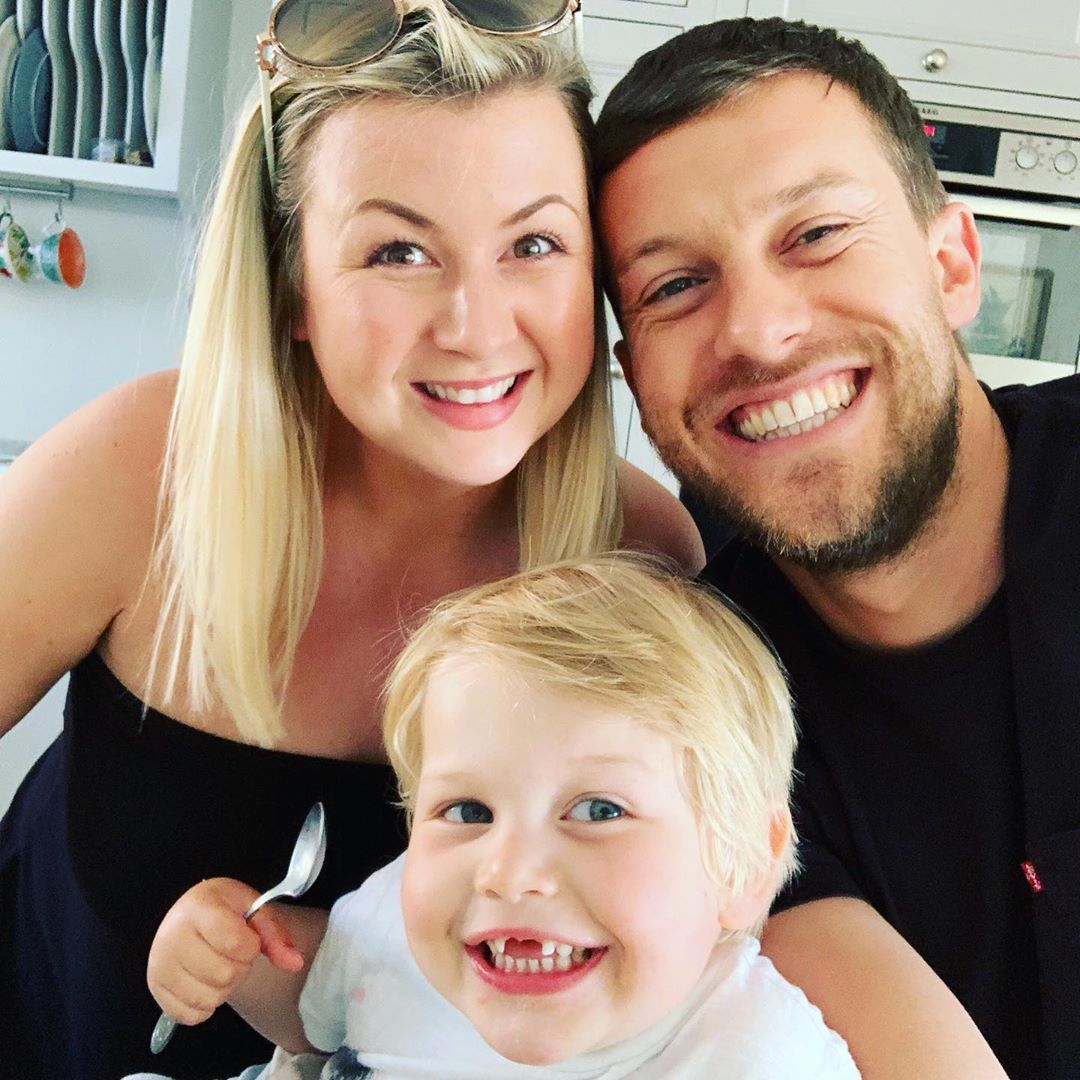 Looking like he was in agony, he told Karen that he hurt "from the very top of my head to the very tips of my toes."

He continued: "I feel like a beached whale. Someone come and roll me back into the sea."

Chris is best known for his stand-up specials, appearances on various panel shows and, most recently, his hit podcast Sh***ed. Married. Annoyed.

He presents the chart-topping podcast with wife and fellow comic Rosie Ramsey. 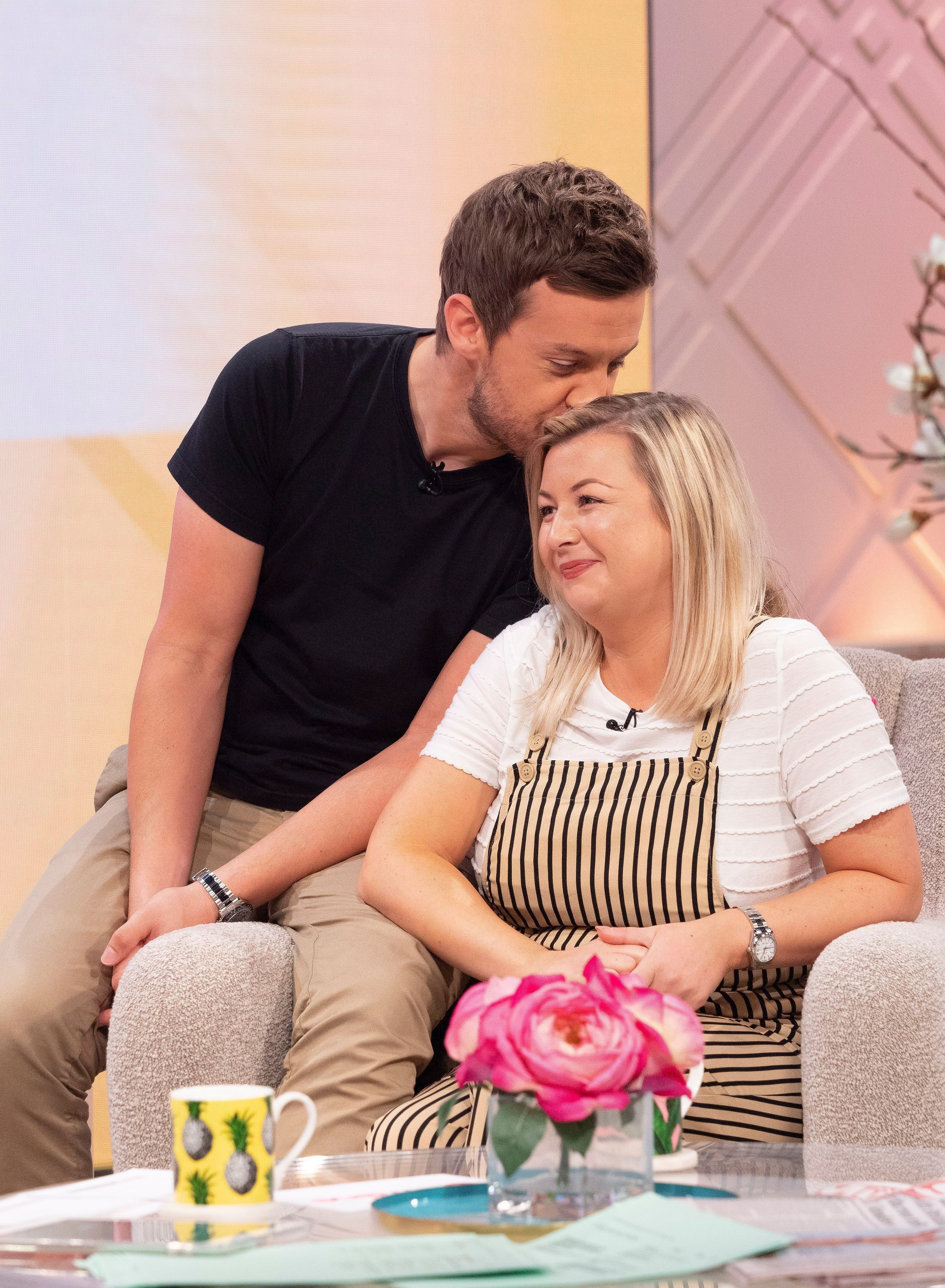 The pair have been married for five years and have a son, Robin, aged three.

Rosie used to be a professional dancer, which Chris has said has brought a lot of pressure to his door.

"Six months I rehearsed for my wedding (dance) so this is going to be intense," he said after he signed up for the show.

And before he even danced for the first time on camera, he admitted earlier this month that he had to have physio four times during training. 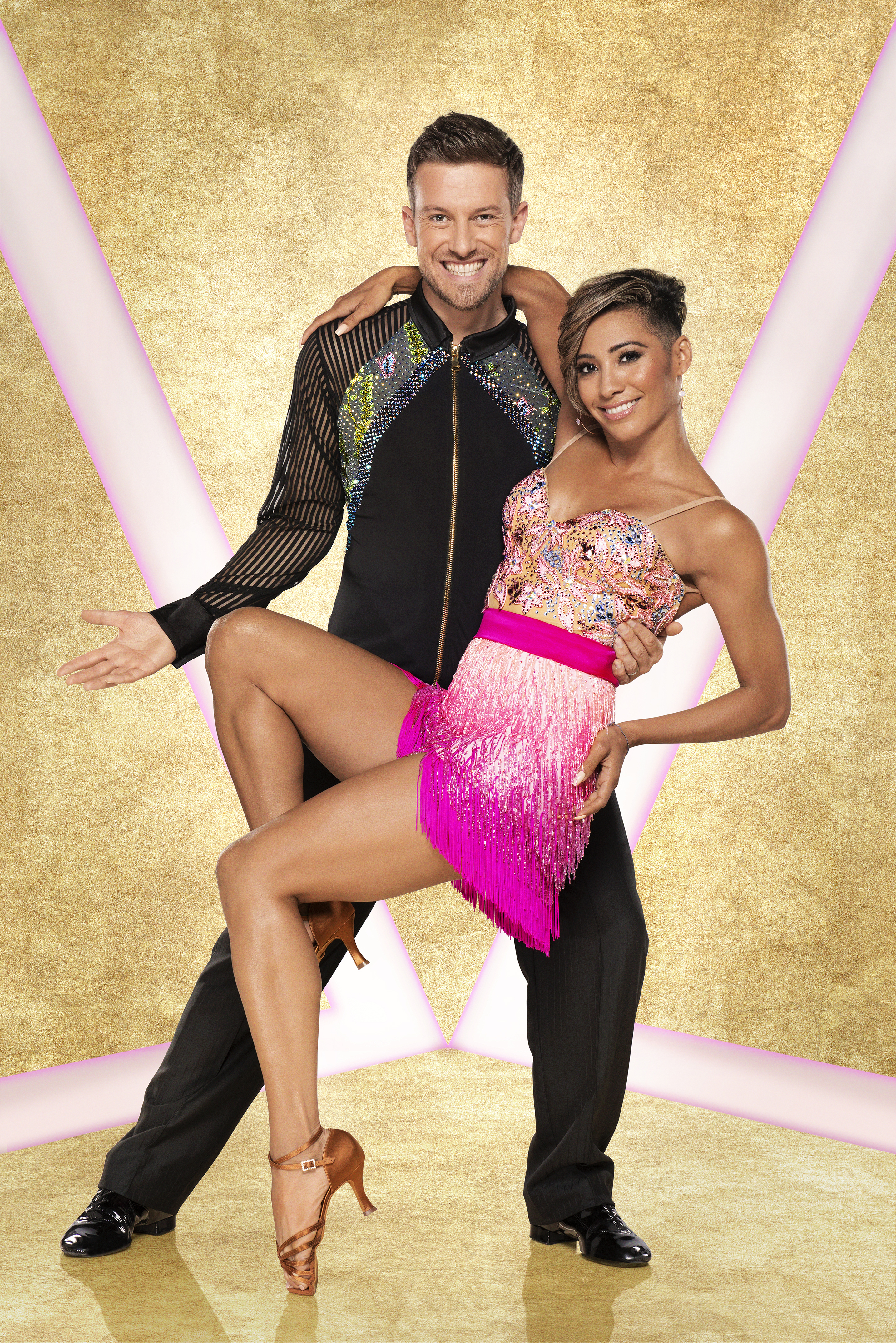 The jokester told the Mirror: "We've done the group dancing training, so three or four days solid of dancing, and I've already had four physio sessions

"My posture is terrible, I don't warm up right and I'm not a fit person. I had acupuncture in my back and a massage on my back because it was in a little spasm.

On last Saturday's first performance show, Chris and Karen performed the Cha Cha Cha and scored 13 points from the judges.

They were told by head judge Shirley Ballas that they had "attitude" and "chemistry."