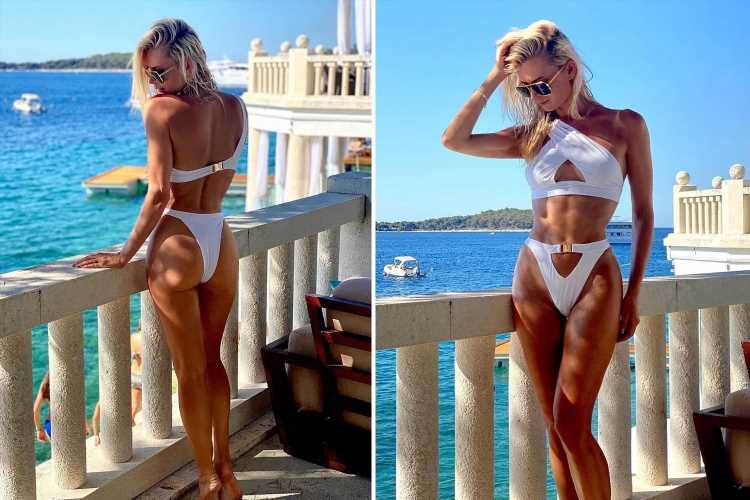 The 31-year-old delighted fans as she posed in the white two piece during a recent break in Croatia – showing off the sexy thong detailing. 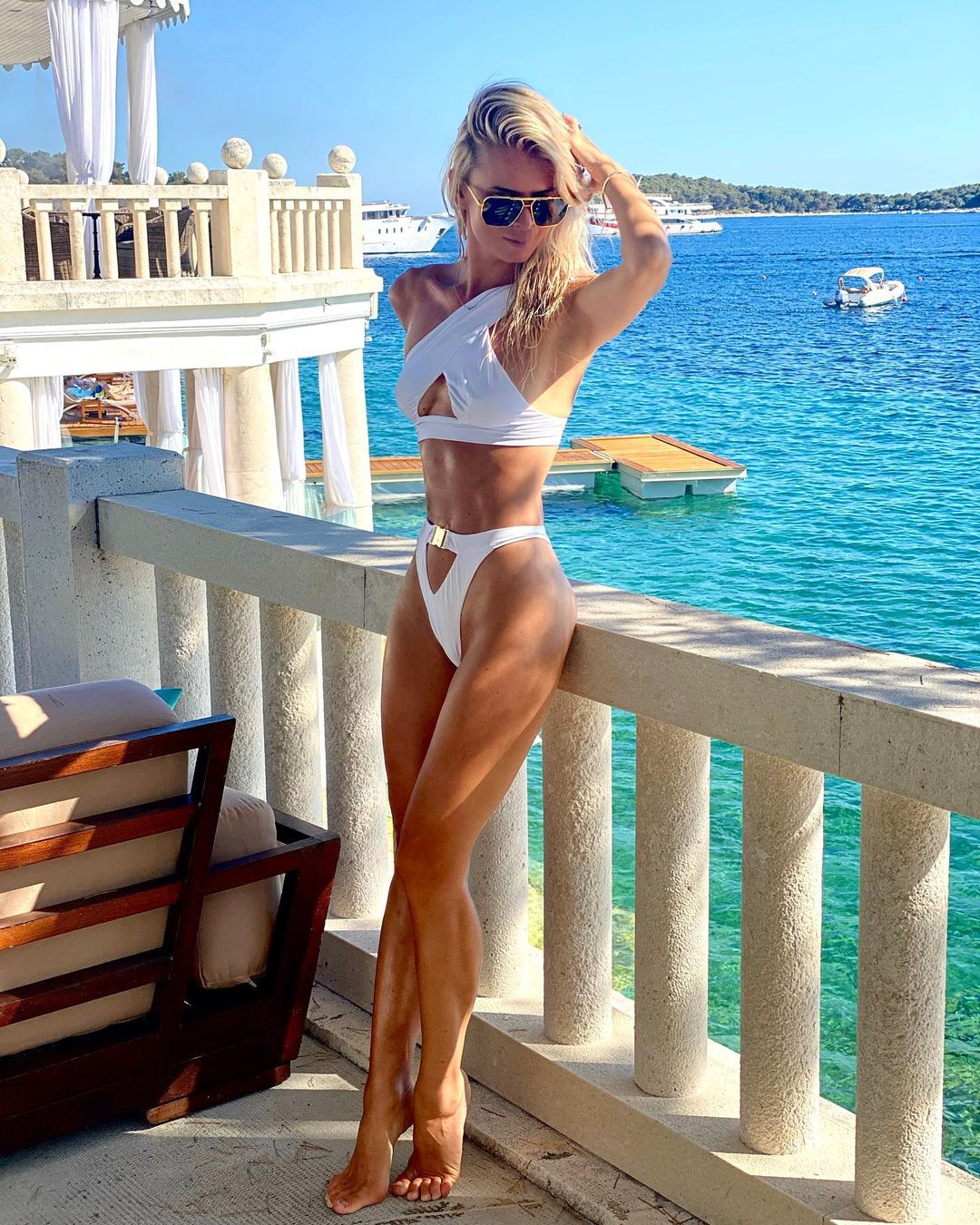 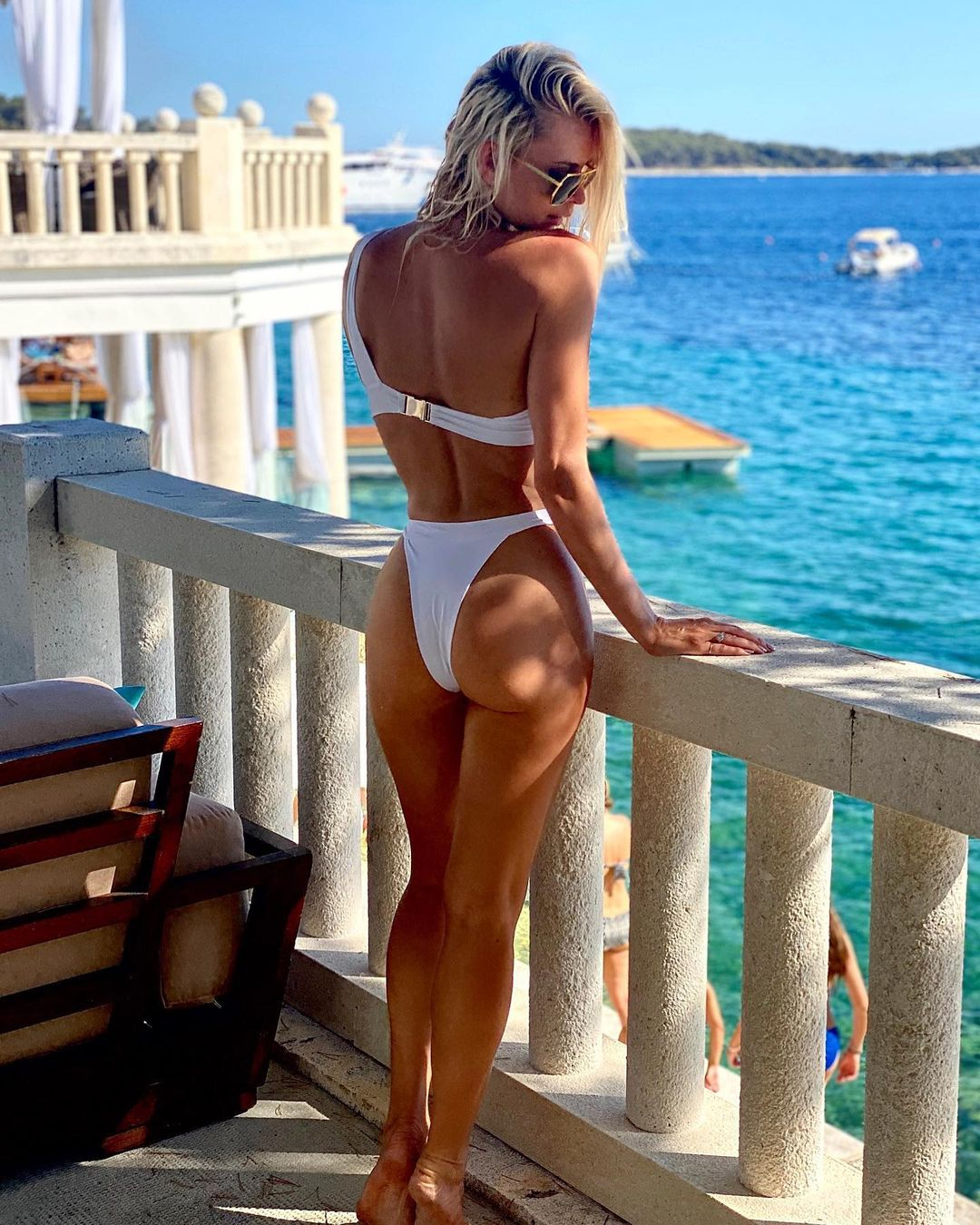 She cheekily captioned the pictures:  “People talk about me behind my back and I just stand there like ‘..well, I got myself a fan club’”.

Earlier this year, the bombshell vowed not to tone down her raunchy routines after claims they led to her being ruled out of last year’s competition.

The dancer was devastated when bosses decided not to pair her with a celebrity on the 2020 series, casting her only in the group numbers.

It came after former Playboy model Nadiya, who is engaged to Slovenian footballer Matija Skarabot, was linked to three of her dance partners.

Sources claimed she was sidelined on the BBC show in a bid to guarantee a rare “scandal-free” series while bosses grappled with Covid restrictions.

But as she prepares to return to the main stage this year, Nadiya promised fans her performances will be as steamy as ever, saying: “Why should I do anything different?”

She told The Sun on Sunday: “Last year was a very different experience because I didn’t have a partner. It was difficult.

“The reason I was given was that the run was much shorter and there weren’t as many celebrities.

“I saw the rumours that I wasn’t given a partner because of my flirting. But the thing is, I really haven’t done anything wrong.

“After so many years on the show, I think everyone should be able to see that the Strictly curse hasn’t hit me or my dance partners.

“So why should I change anything when I haven’t done anything?”

Nadiya, who has been a Strictly regular for four years, was linked with EastEnders actor Davood Ghadami — who she finished in sixth place with in 2017 — and Blue singer Lee Ryan a year later.

In 2019 the rumour mill was fired up again after she and former England goalkeeper David James were pictured cuddling in rehearsals. 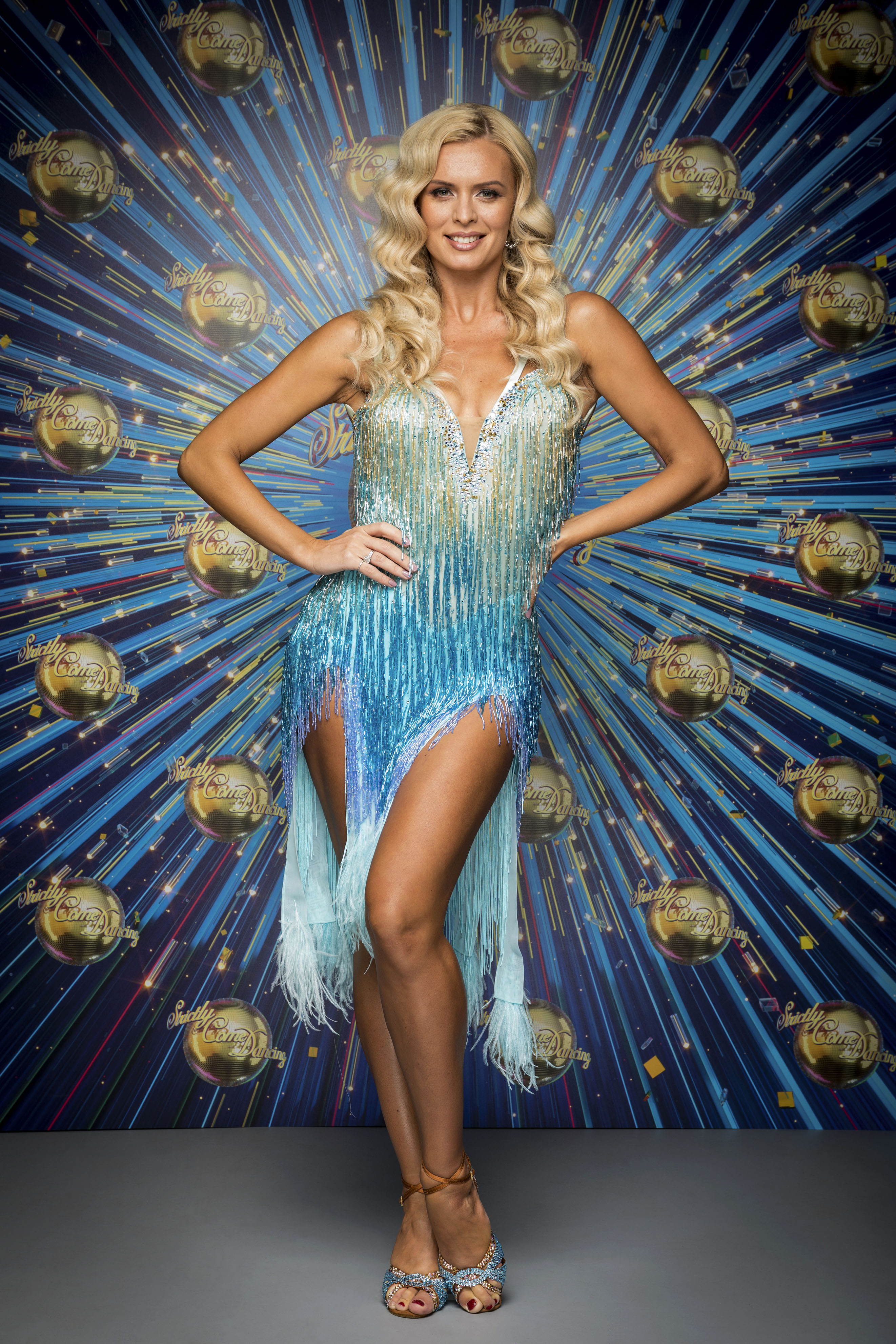 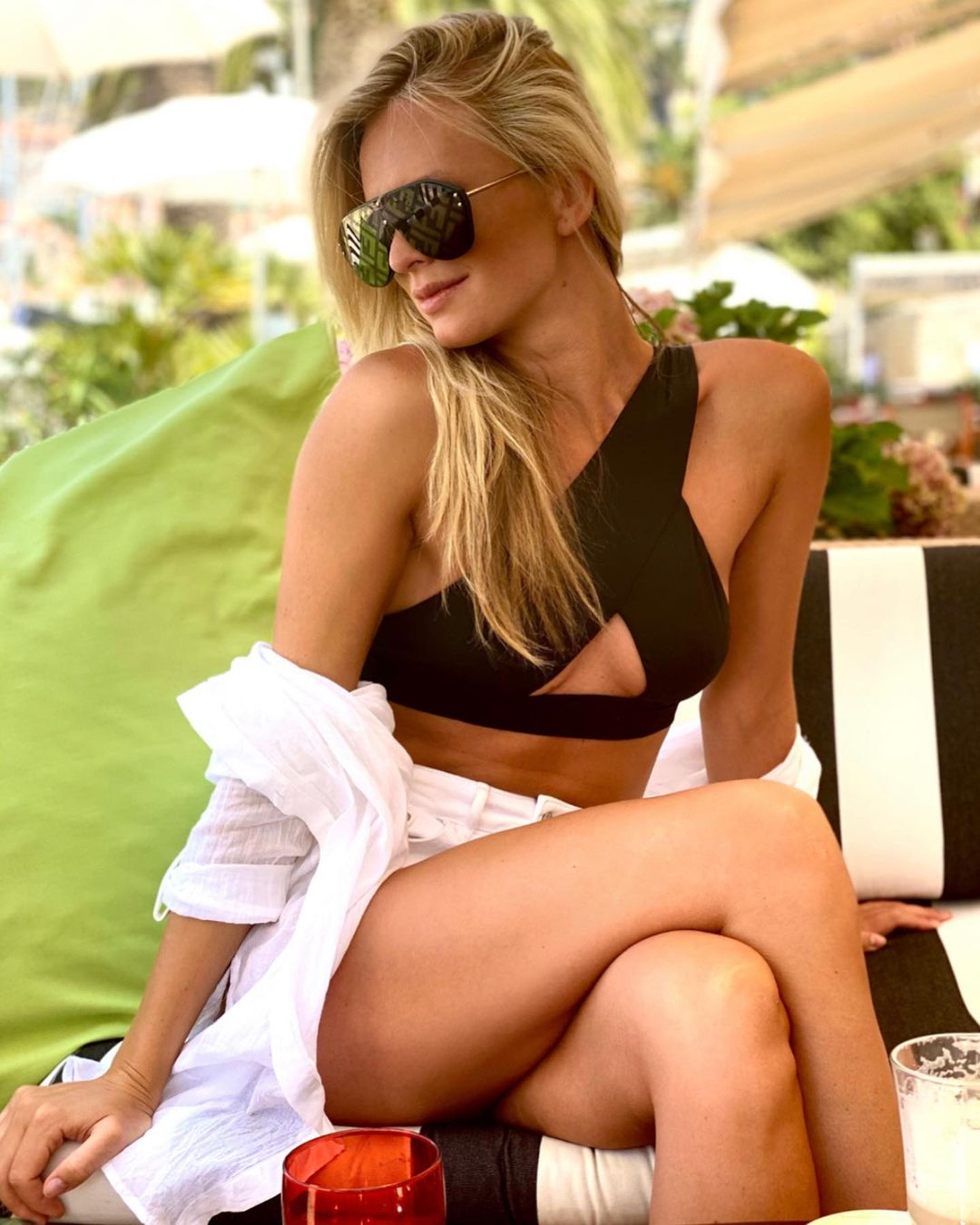