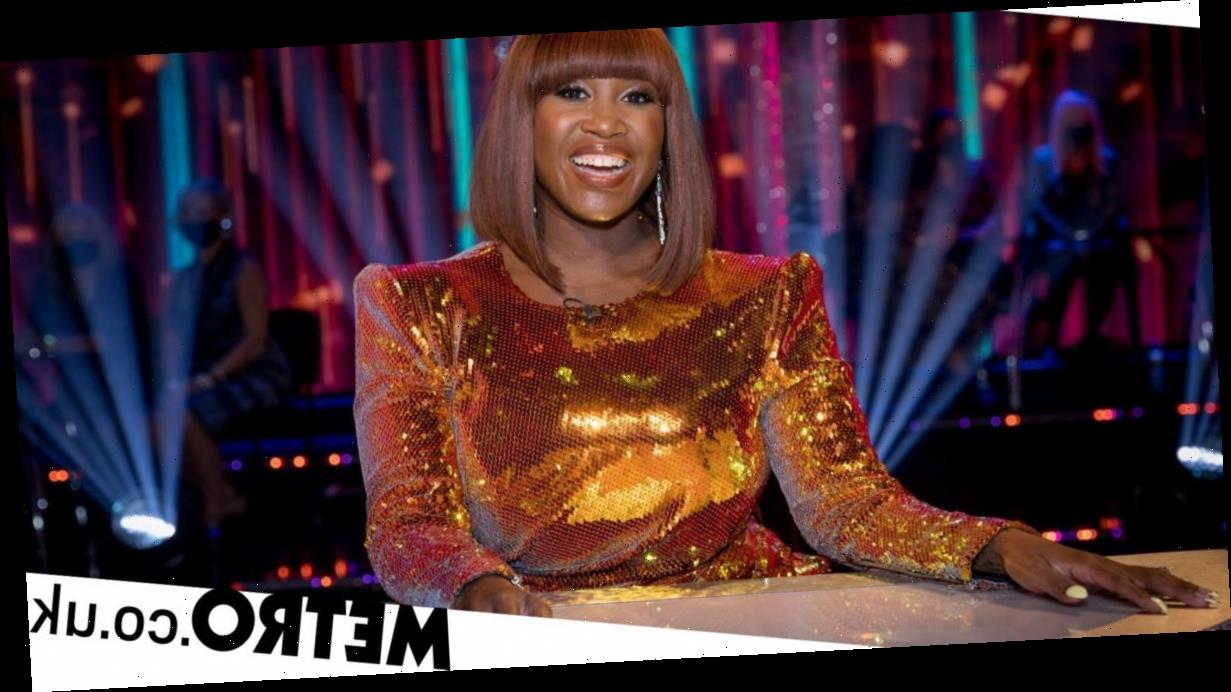 Strictly Come Dancing judge Motsi Mabuse will return to the competition next week after an emergency trip to Germany.

The glamorous dancer made a special appearance via video chat on tonight’s episode, after mandatory self-isolation following the trip forced her to temporarily relinquish her place on the panel for the past two weeks.

Speaking to Claudia Winkleman, she said: ‘I have enjoyed the show. It’s been amazing.

‘Well done, you guys have done so well. You can be proud of yourself. Every single one of you.’

Claudia confirmed Motsi would be returning next Saturday, adding: ‘We’ve missed you so much – we can’t wait to see you next week.

Motsi had been self-isolating following the trip, which she revealed earlier this week she needed to take after thieves there targeted her dance school.

Sharing a picture of a smashed glass door, the 39-year-old wrote in German: ‘Unfortunately we have no good news.

‘Someone tried to break into our school. We are working with the police to help solve this crime.

‘We know we have been targeted on purpose and we will improve security in our school so that this will not happen again.’

In an earlier message, she assured fans and contestants that she’d be keeping a keen eye on the competition while she was away.

Motsi wrote: ‘I will of course be following UK government guidelines and self-isolating for 14 days.

‘I’ll be watching from home and by the power of technology, should be in your living rooms.’

In Motsi’s absence, Jamie Laing and his partner Karen Hauer shot to the top of the leaderboard on Saturday’s show after nearly leaving the competition in week two, when their couple’s choice—an energetic street dance routine—wowed the judges.

Both Shirley Ballas and Anton Du Beke, who deftly stepped onto the panel to replace Motsi, awarded Jamie and Karen 10s and lavished praise on the pair.

Even critical Craig Revel Horwood was impressed, rewarding the duo with a 9. Now they’ll have to impress Motsi if they want to earn a coveted perfect score next Saturday.