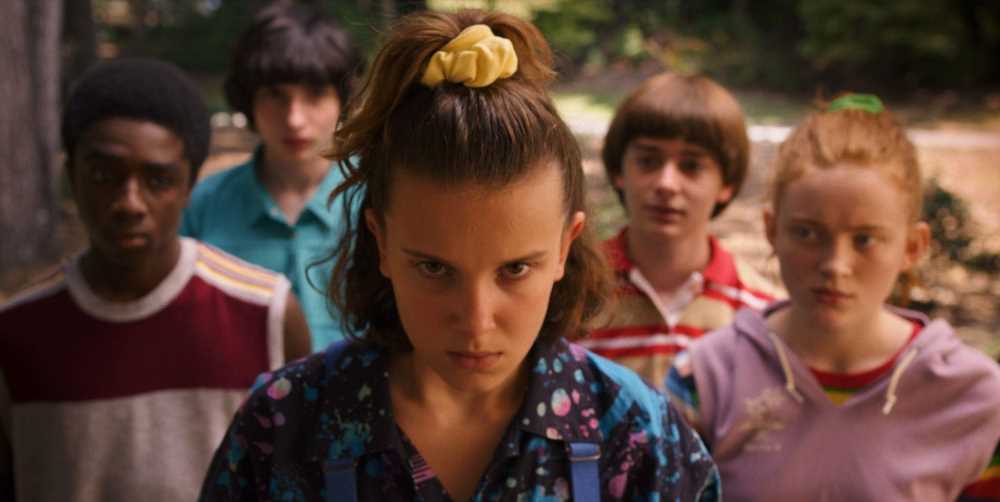 The latest season of Stranger Things was a pro-duc-tion. Like…a $30 million per episode kind of production. With such a massive scale in terms of both fandom and storyline—I mean, there are literally five simultaneous stories going on in season 4 part 1 alone—it’s easy to wonder just how it all comes together. Like, are the California scenes actually filmed in the Sunshine State? Where on Earth is that prison Hopper is trapped? And just exactly how close in proximity am I to the roller rink in episode 2 (asking for a friend)? Luckily, you don’t have to worry anymore because here’s everything you need to know about all the Stranger Things season 4 filming locations.

A refresher: Stranger Things season 4 is kind of all over the map. It begins when Joyce, Will, Jonathan, and Eleven relocate to the fictional town of Lenora Hills in Southern California after Eleven loses her telekinetic powers and is low-key traumatized by what went down in Hawkins. Hopper (who, BTW, survived after his attempt to save Eleven during the season 3 finale) is very much alive but also very much in danger as he’s imprisoned in Russian territory. The rest of the kids, their parents, and a whole new case of characters (hi, Freddie Munson!) are all back in Indiana, where they’re initially facing other demons (hi, Vecna!) and the beginning high school.

Now that we’re caught up to speed, let’s get into how these three storylines were actually created in *drumroll, please* Atlanta, Georgia; Albuquerque, New Mexico; and Vilnius, Lithuania respectively.

Yep, the southern city is a far cry from the midwest where Hawkins is supposed to be, but skeptics can confirm that Atlanta housed many, many of the series’ scenes by purchasing a three-hour tour of filming locations on Viator. Dubbed “The Upside Down,” the tour features hot spots like the Wheeler house at 2530 Piney Wood Lane, the Sinclair house at 2550 Piney Wood Lane, and the Henderson House at 2886 Piney Wood Drive. Plus both Hawkins Middle and High Schools, the Hawkins community pool, the arcade, the rotten pumpkin patch, and the infamous Starcourt Mall are all stops along the way. BRB, booking a trip stat!

Stranger Things‘ production designer Chris Trujillo discussed the southwest city with CN Traveler and mused, “I wanted to go to New Mexico and make sure we could accurately recreate southern California and the Nevada [desert] there…As soon as I got out there, I knew we could definitely find that world around Albuquerque—the beautiful foothills outside of Albuquerque very much look like parts of Southern California.” And find that world they did. The shots of the kids in what is supposed to be Lenora Hills, California truly have such a nostalgic, carefree feel reminiscent of an archetypal SoCal community, even when El is going through it.

As for that roller rink? Well, we now know that the production filmed at a New Mexico location called Skate-O-Mania, which has probably gotten more visitors as of late.

One of the most haunting plots of the series is when Hopper landing in a snowy prison camp in a remote part of Russia. And though the frigid temps and Russian-speaking actors might convince you that’s exactly where filming took place, you’d actually have to go like 3,000 miles east to Lithuania. “There’s an old—and only recently decommissioned—prison right in the center of Vilnius, Lukiškės Prison, that’s architecturally very special. It’s an old Tsarist prison and the backstory on it is pretty dark. But as an example of architecture, it’s incredible and inspired us immediately. It has all these multi-story cell blocks that were so cool looking that made it into the series,” revealed Chris Trujillo.

Stranger Things director Shawn Levy also discussed how emotional filming in the country was, saying, “We are so thankful to the city of Vilnius and the beautiful country of Lithuania for their hospitality…All the hard work was worth it, however, to bring our fans—the greatest fans in the world—this epic reveal they’ve been hoping and waiting for. And this is only the beginning…”

Are you emotional? Bc same. Tune in this weekend for Stranger Things season 4 part 2 that the last two episodes before the finale season 5 are officially out in the world!