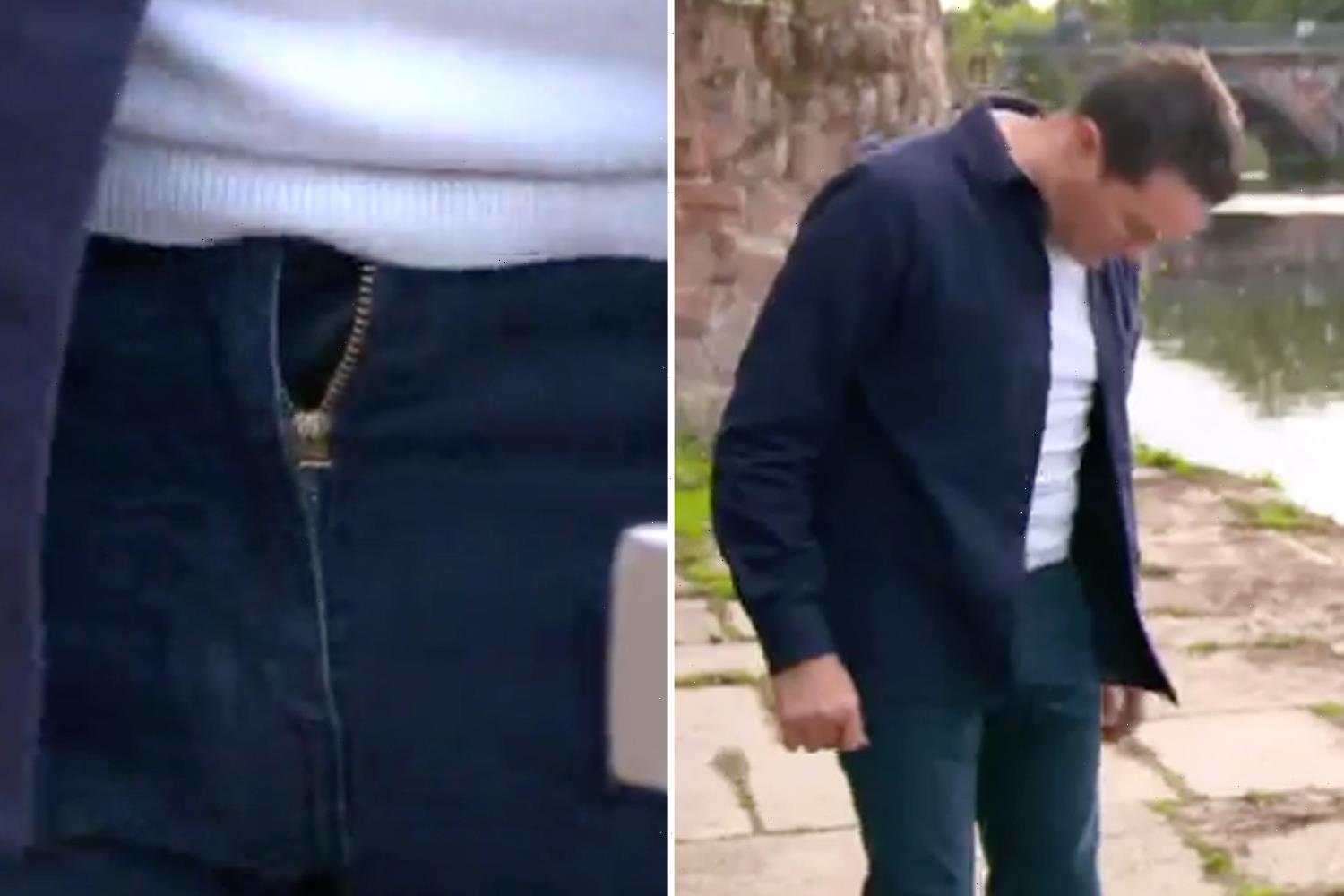 IN For A Penny, viewers got their very own unexpected surprise tonight thanks to host Stephen Mulhern.

The ITV show headed to cities across the UK where members of the general public took part in a series of games.

But Stephen was left rather red-faced during one particular segment of the show when a contestant pointed out the presenter's flies were undone.

The host was playing a game called 'Pedestrian question' in which contestants were asked a series of random and rather hilarious questions about Stephen.

For every question they got correct, they won a whopping £10 and could go home with up to £100 if they got them all right.

But before the game had even begun, one guest pointed out that host Stephen was presenting the show with his flies undone.

Stephen couldn't hide his embarrassment as he looked down at his trousers and realised the awkward gaffe.

However, he quickly brushed it off, telling the contestant: "They're all laughing behind the cameras because they think I'm going to be embarrassed."

The host then pulled open his shirt to reveal his trousers more clearly before reaching for his zipper.

"Well do you know what?" he said, before pulling down his zip even more and standing proudly in front of the camera.

The contestant didn't seem too impressed as she gave the host a confused look as he posed with his flies undone.

Stephen has become a household name thanks to hit shows like Ant and Dec's Saturday Night Takeaway, In For A Penny and Catchphrase.

And the 44-year-old has made himself a pretty penny from it all too and is now a multi-millionaire worth £6.8m after banking almost £1m in a year.

These earnings, seen in new accounts at Companies House, have taken the company's net worth to just under £4m.