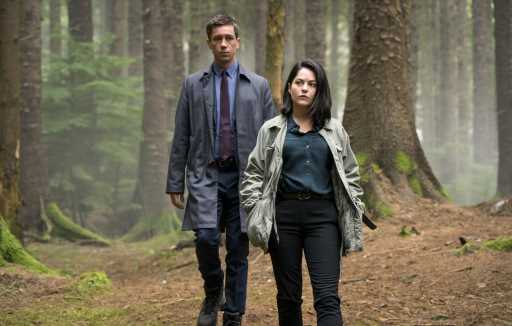 The series, which airs in an 8pm slot, is based on Tana French’s novels. Starz acquired the series, which was originally commissioned by the BBC, in December and it will air it in the U.S., Canada as well as on its Starzplay service across Europe and Latin America. It will launch on BBC One in the UK in October.

The psychological thriller is adapted by series creator and writer Sarah Phelps. Dublin Murders follows Rob Reilly (Scott) – a smart-suited detective whose English accent marks him as an outsider – who is dispatched to investigate the murder of a young girl on the outskirts of Dublin with his partner, Cassie Maddox (Greene). Against his better judgment and protected by his friendship with Cassie, he is pulled back into another case of missing children and forced to confront his own darkness. As the case intensifies, Rob and Cassie’s relationship is tested to the breaking point and when Cassie is sent undercover for another murder case, she is forced to come face to face with her own brutal reckoning.

The lead director of Dublin Murders is Saul Dibb supported by John Hayes and Rebecca Gatward. The series is produced by Euston Films, Veritas Entertainment Group and Element Pictures (The Lobster) and executive produced by Sarah Phelps and Saul Dibb, Kate Harwood and Noemi Spanos for Euston Films, Alan Gasmer and Peter Jaysen for Veritas Entertainment Group, Ed Guiney for Element Pictures, and Elizabeth Kilgarriff for the BBC.