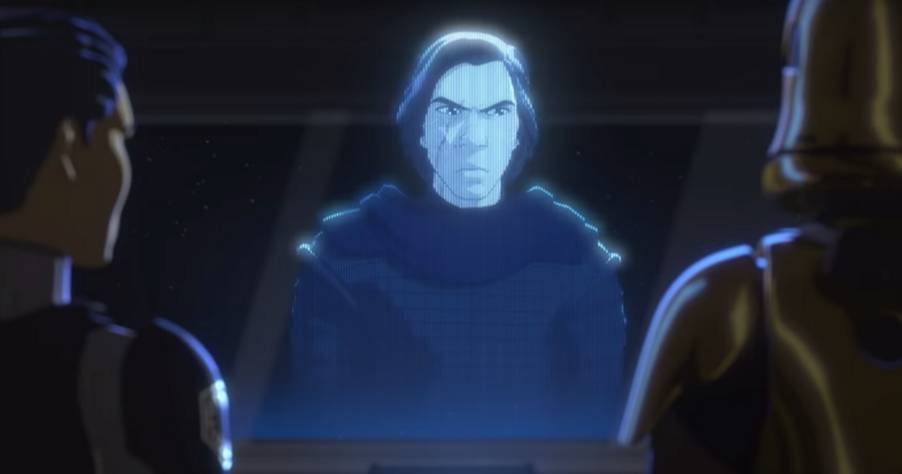 “Star Wars: Resistance” is going out with a big bang … or more like a big bad.
The Disney Channel dropped the trailer for Season 2 of the animated series, which will also be its last. The final chapter takes place during “The Last Jedi” and serves as a bridge to “The Rise of Skywalker,” which hits theaters December 19.
New Supreme Leader Kylo Ren makes an appearance (though he won’t be voiced by Adam Driver, but rather Matthew Wood). The season follows Kaz and team continuing to fight against the threat of the First Order.
After a harrowing escape from the First Order, the Colossus and its residents find themselves lost in space, pursued by Agent Tierny and Commander Pyre.  Meanwhile, Tam grapples with her future and where her true allegiance lies.

Luke Skywalker's peaceful and solitary existence gets upended when he encounters Rey, a young woman who shows strong signs of the Force. Her desire to learn the ways of the Jedi forces Luke to make a decision that changes their lives forever. Meanwhile, Kylo Ren and General Hux lead the First Order in an all-out assault against Leia and the Resistance for supremacy of the galaxy. Read More

Star Wars: The Rise of Skywalker