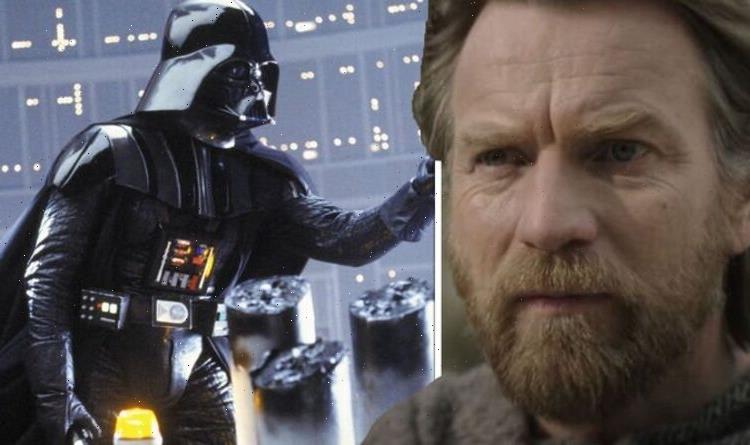 The ongoing Star Wars saga has hit a speed bump. The latest film in the series, The Rise of Skywalker, concluded the Skywalker saga once and for all, as the last remaining members of the family were killed off, and Rey took over the mantle of the Jedi Knight.

But new information has revealed viewers are going to be going back in time to see the Darth Vader star make his dastardly change from a respectable Jedi to an evil being once again.

The new Star Wars film information comes from YouTuber and Star Wars leaker Mike Zeroh. It is important to point out that not all of Zeroh’s leaks and reports have always been 100 percent correct, so his words should be taken with a large grain of salt.

With that said, Zeroh said Disney are planning to release a new Star Wars film in “2024 or 2025” that will feature exclusively on Disney Plus.

He said it will be a “live-action adaptation in The Clone Wars era”. He added: “It will be focussing on key characters such as Obi-Wan Kenobi and Anakin Skywalker.”

But they won’t be making a return as fans know them.

Zeroh says actors Ewan McGregor and Hayden Christiansen will be gracing the screens once again as Obi-Wan and Anakin. But they will be doing so with new de-aging technology on their faces – much like the franchise has done with Luke Skywalker and Leia Organa in the past.

Zeroh added: “The [film] is planned to go throughout the years between Star Wars Episode 2 and 3.” This film would also “fill in key sequences” from specific episodes of The Clone Wars animated TV series.

And that’s not all. Zeroh announced that, before Anakin goes on to become Darth Vader in the following movies, a new antagonist would be introduced into the live-action Star Wars world for the first time.

Star Wars Episode III: 2005 trailer for Revenge of the Sith

Zeroh said Asajj Ventress, the legendary Sith assassin, is going to be making an appearance for the first time. Not only this, she will be taking on Obi-Wan and Anakin in the film Zeroh announced, much like she did in the TV series years ago.

The leak surrounding this new film is not a complete surprise, considering how often prequels and stories set between movies are being released.

However, it is the first time a new Star Wars film will reportedly be released exclusively on the Disney Plus platform.

Zeroh added: “It is described that this new film is going to be experimental for Disney when it comes to creating movies – primarily and only for the Disney Plus streaming service – instead of movie theatres.”

Of course, a number of recent Star Wars and Marvel projects have hit the streaming service over the past year – but could the House of Mouse be cutting out movie theatres altogether? Zeroh seems to think so – where Star Wars is concerned, at least.

The placement of this new film is not a huge surprise, however, considering how malleable the franchise’s timeline has been thus far.

For example, Rogue One took place just minutes before A New Hope begins, and decades after Episode 3. Meanwhile, The Book of Boba Fett and The Mandalorian both take place before the events of The Force Awakens. But Darth Vader’s return before the events of Episode 3 would be very important for the ever-growing story.

A lot of stories and backstory was provided in the enormous Star Wars: The Clone Wars animated TV series. During the show’s nine seasons, viewers witnessed Anakin fall from grace as a celebrated Jedi Knight into the scourge of the galaxy.

With this film set in between Episodes 2 and 3, viewers will finally have this experience in live-action for the first time.

The Star Wars franchise is available to watch on Disney Plus now.