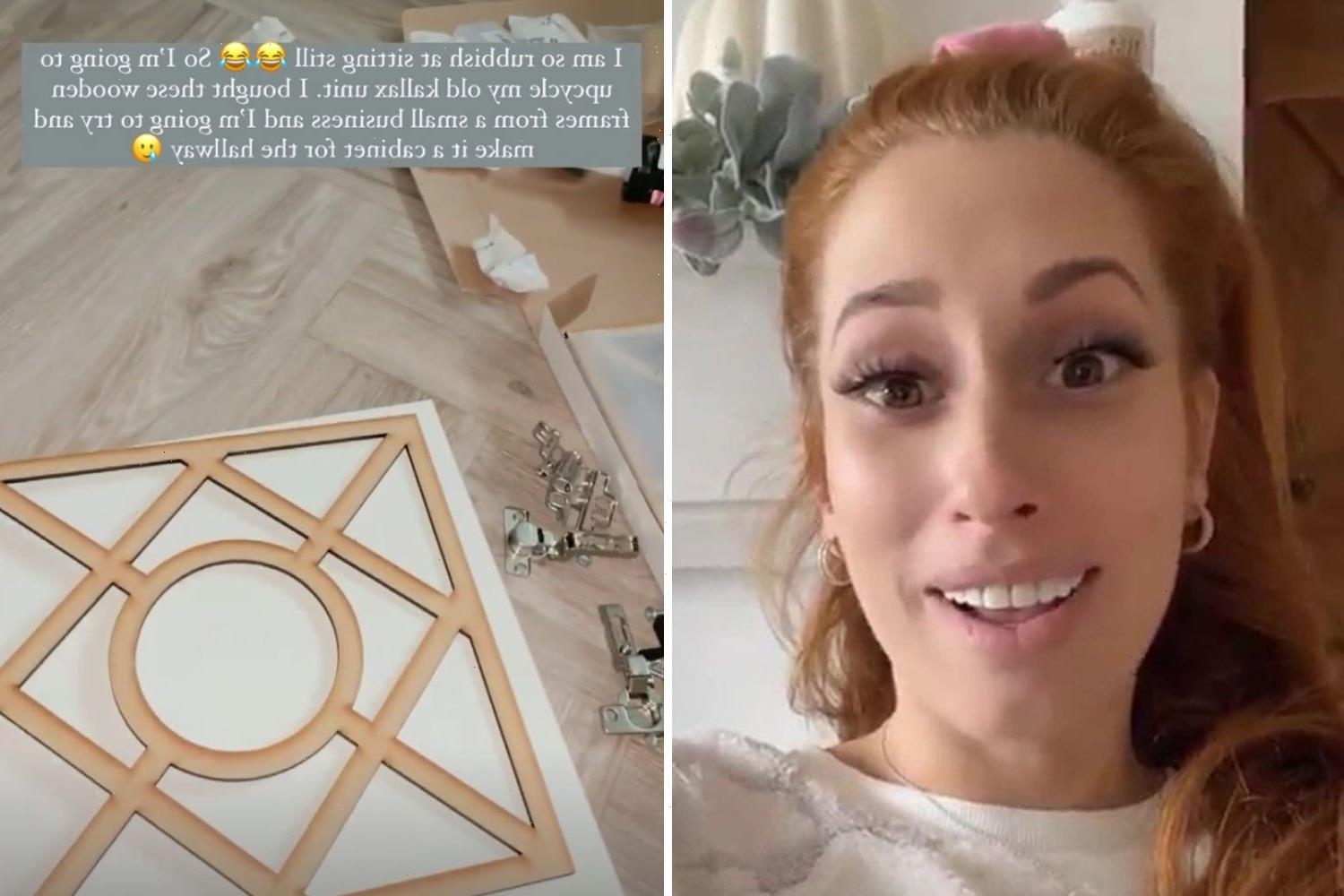 The TV star admitted she couldn't "sit still" while waiting to give birth to her first daughter with fiancee Joe Swash. 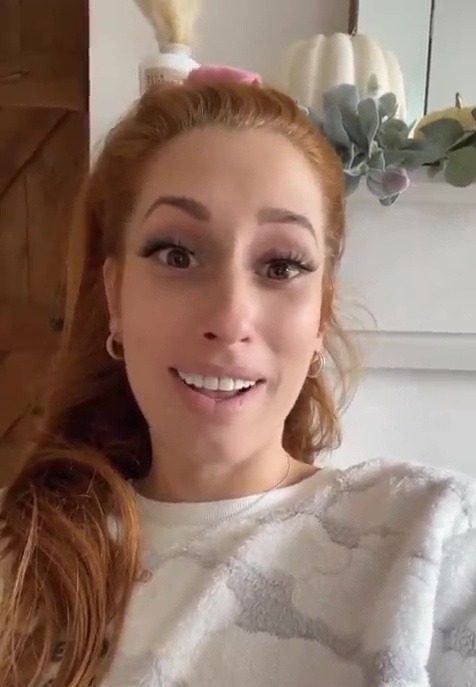 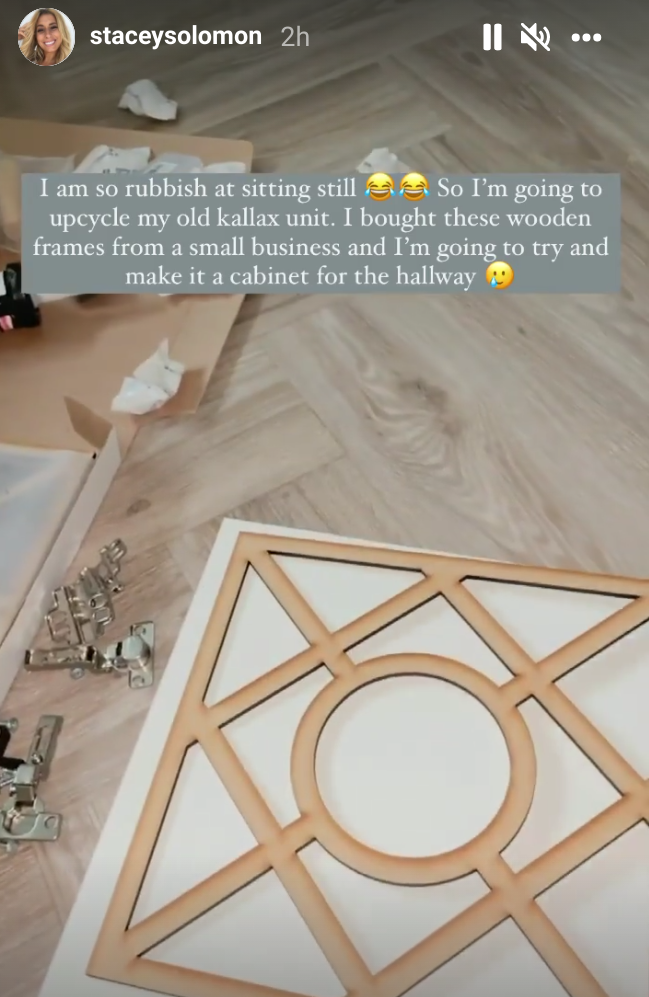 Stacey, 31, shared a video on Instagram as she sat on the floor of her £1.3 million Essex home and got to work on another upcycling project.

She said: "I can't sit still anymore. So I'm going to upcycle an old unit.

"These are the door fronts and these are something I bought for a small business so I'm going to try and jazz them up and make a cabinet for the hallway."

Joe told The Sun Stacey could go into labour "any minute".

The Sun exclusively caught up with the 39-year-old star at Tulley's spooky Shocktober Fest last night.

He attended the event on crutches after breaking his toe, and admitted that he feared the injury will slow him down when Stacey goes into labour.

However, Joe said he was prepared to "quickly hobble" back home the moment Stacey's water breaks.

Speaking about his decision to attend the event with his and Stacey's children, the TV favourite told us: "The kids wanted to come so much I didn’t want to let them down.

"The baby’s coming any minute. If we make a quick exit you’ll know why. It’ll be a hobble exit."

Bursting with pride, Joe went on: "We’re so excited we can’t wait. We’ve got everything ready, all that’s missing is the baby."

The happy couple already have three boys between them from previous relationships; 14-year-old Harry, 13-year-old Zachary, and nine-year-old Leighton, and share two-year-old Rex.

The baby will be their first daughter, and last child – with Stacey previously admitting she's keen to savour every moment of her "final" pregnancy.

Earlier today, Stacey was forced to deny that she had secretly given birth after sparking speculation with a social media blackout.

Her followers were convinced that she'd gone into labour after she failed to post on her Instagram Story, but the star revealed she'd actually just been catching up on some sleep. 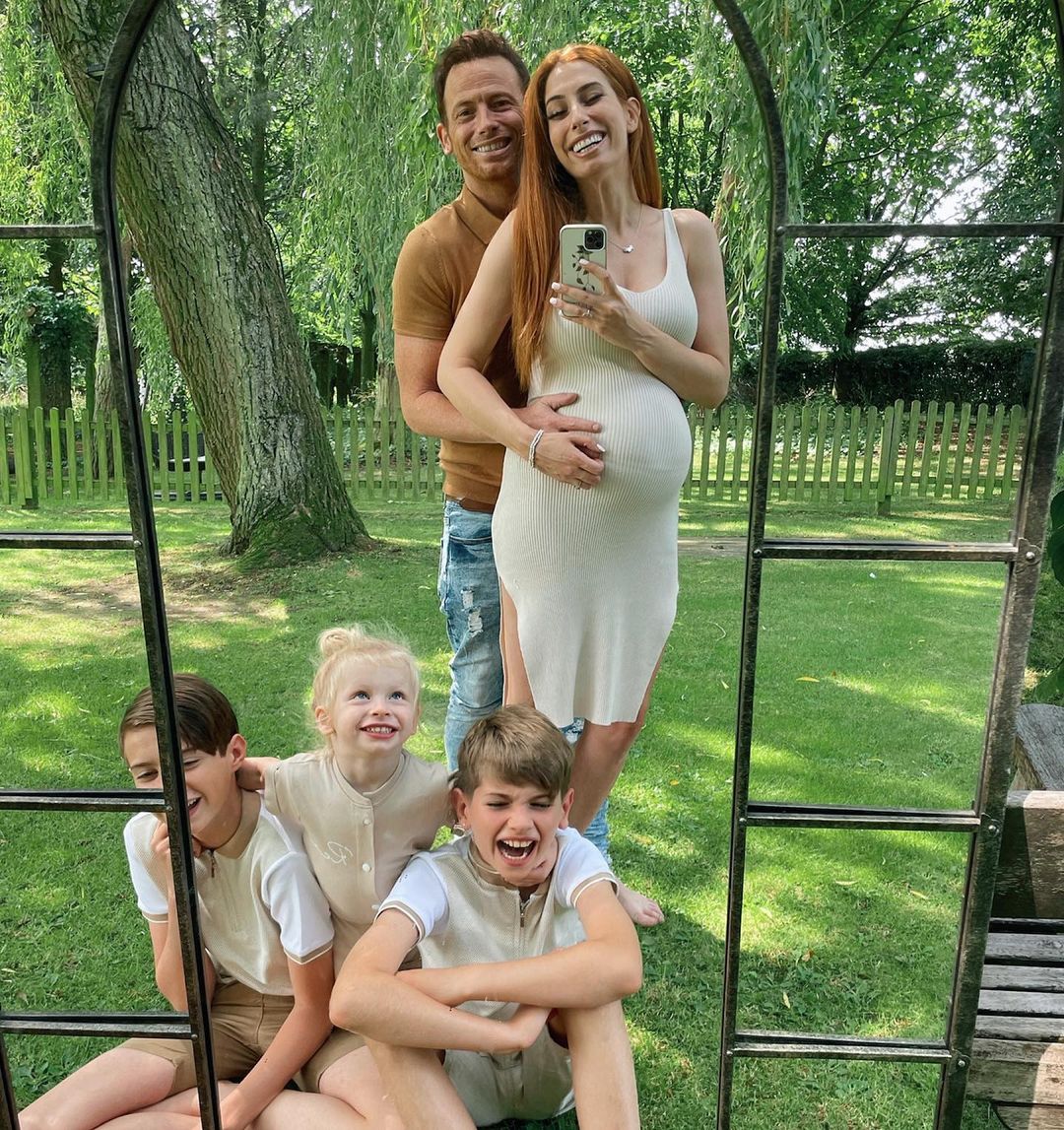