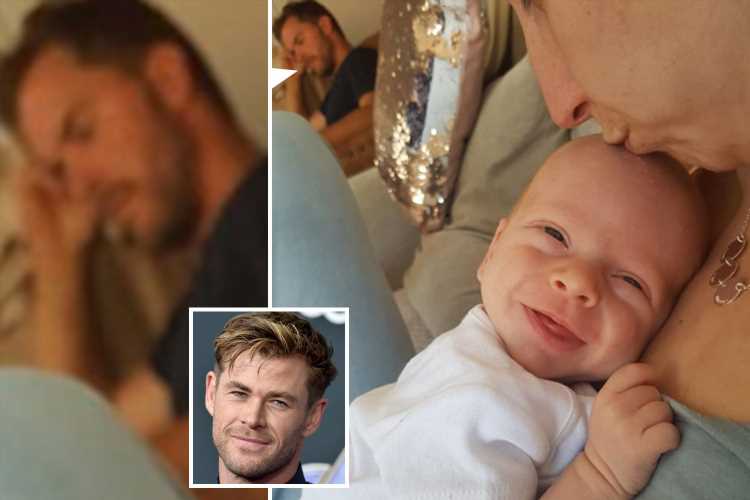 STACEY Solomon fans have been left baffled after claiming to spot Thor actor Chris Hemsworth in her living room.

A lookalike for the Hollywood hunk can be seen in the background of a new photo of baby Rex, which Stacey's boyfriend Joe Swash shared to his Instagram page last night. 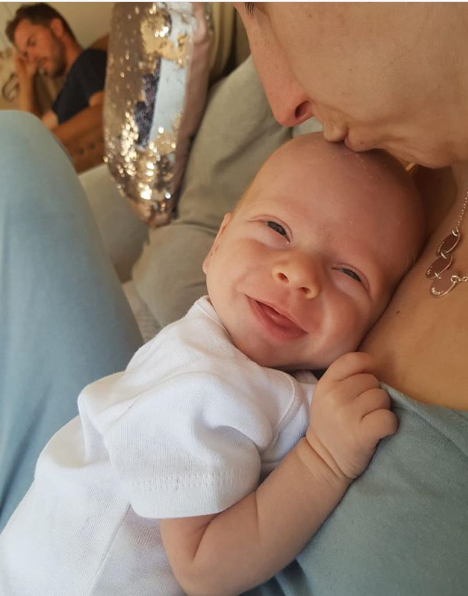 The snap shows the newborn grinning at the camera as he lays on 29-year-old Stacey's chest, with the Loose Women star planting a kiss on his head.

However, Joe's followers were more interested in what is going on behind the tender moment, with many noticing the attractive man sitting in an armchair.

One fan wrote: "Why does it look like Chris Hemsworth is in the background? I’d be smiling too."

Another queried: "Is that Thor sat in your chair?" 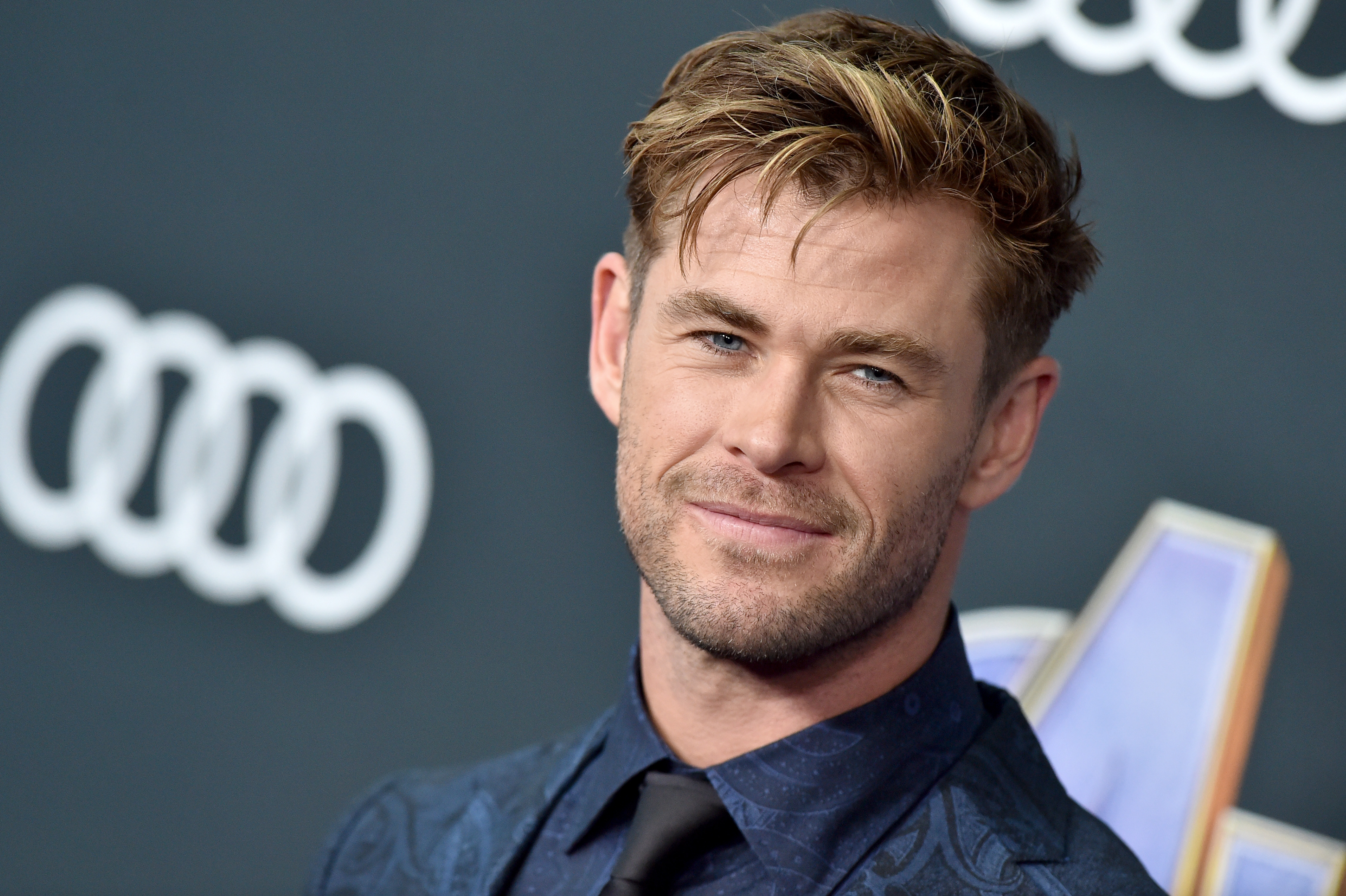 Others compared the mystery hunk to tennis champ Andy Murray, writing: "Andy Murray in the background missed the moment."

Another joked: "Looks like Stacey has moved another guy in too."

Joe, 37, shared his devastation at missing the sweet moment in the picture's caption, writing: "How is my luck. I had to go away for work and Rex has his first smile, gutted."

Stacey also posted the snap to her own Instagram page, claiming that it was her "new favourite picture" of her son. 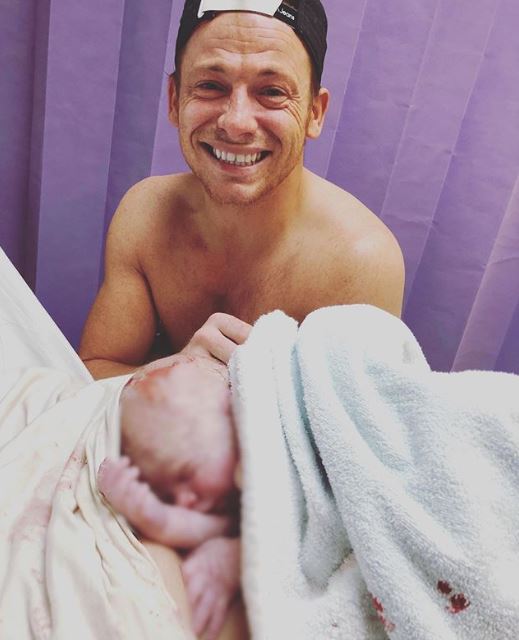 However, the former X Factor star cropped the image to zoom in on her bundle of joy's adorable grin – meaning that the man wasn't in shot.

The smiling photo comes one day after Stacey revealed that she had taken Rex out of the house for the first time since his birth four weeks ago.

The TV favourite had previously admitted that she was scared to expose her son to the outside world in case it was too "dirty". 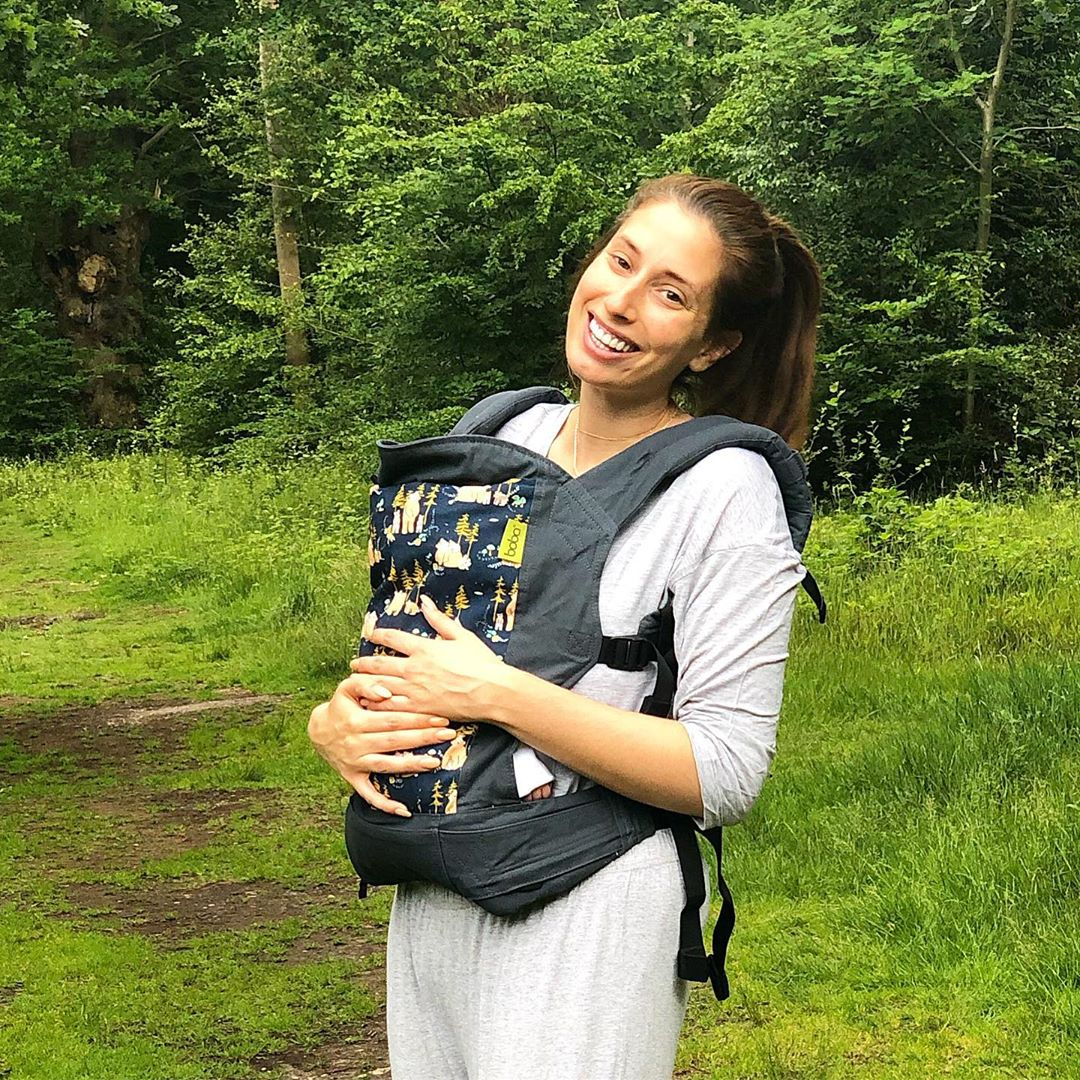 But with Joe away, Stacey's mum forced her to go for a walk in a nearby woods – and the star confessed that it was the "best" experience.

Rex is Stacey's first child with Joe, and she is also mum to 11-year-old Zachary, and seven-year-old Leighton from previous relationships.

Meanwhile, Joe is also dad to 12-year-old Harry, who he shares with ex Emma Sophocleous.