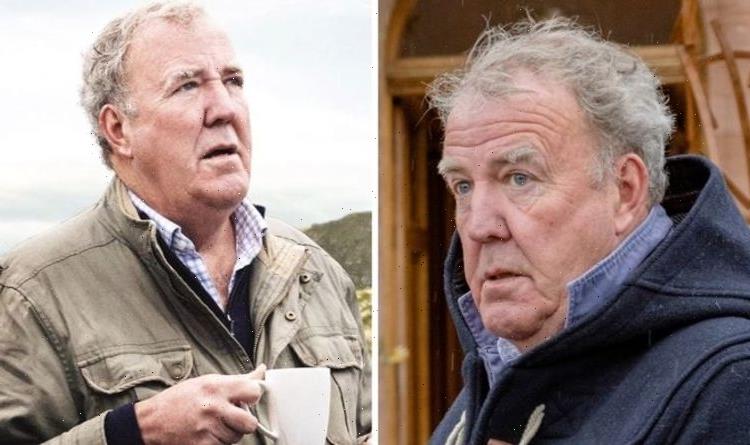 Jeremy Clarkson, James May and Richard Hammond were forced to make some major changes after the Top Gear trio were left landlocked by the coronavirus pandemic. In the brand new special on Amazon Prime, The Grand Tour presenters raced across Scotland in a set of luxurious yet ill-prepared classic cars.

The Grand Tour’s Jeremy Clarkson ran into considerable trouble when he tried to navigate his classic Lincoln Continental Mark V around the Outer Hebrides.

In the third episode of the ongoing series of specials, ‘Lochdown’, Clarkson, May and Hammond take three American classics on a trip through Scotland.

Jeremy’s Lincoln was put through the ringer in the latest episode of The Grand Tour, enduring several mechanical mishaps along the way to the north of Scotland.

After causing chaos on the streets of Edinburgh, Clarkson, Hammond and May set their sights on the mountainous Outer Hebrides.

Forced to abandon two of their three caravans, the team end up spending the night in an idyllic Scottish castle.

Unfortunately, this would prove to be the highlight of their trip as a treacherous drive awaited them a few days later.

Moreover, the heavy mist and rain ensured they weren’t even rewarded by a clear view of the landscape when they reached the top of the notorious Applecross.

Clarkson’s frustrations reached boiling point when his Mark V once again proved too unwieldy for the Scottish driving conditions despite its modifications.

He inadvertently attempted some off road driving when trying to skirt around a tricky corner on the way back down the winding pass.

“Oh, s**t, I’ve gone off the road,” he exclaimed as his tyres were sent careening off-course.

Thankfully, he just about managed to salvage the turn in spite of the heavy rain.

He recalled: “When I thought this morning, ‘let’s go up that switchback mountain road in our two-door V8 coupes’, it didn’t look like this in my head.”

“Should have known when I put my duffel coat on,” Clarkson admitted.

“You don’t see a Formula 1 driver getting into his car in a duffel coat, do you?”

To their relief, the drivers overcame the tough terrain and made it to the Isle of Skye.

Sadly, this wasn’t the only near-disaster the team faced on their journey.

After being saddled with a depressing cohort of caravans, May decided to deck his out with a black and white cowhide pattern, complete with udders on the rear.

His efforts proved useless as the mobile home was nearly destroyed when the presenter left its skylight open, leaving it vulnerable to torrents of rain.

Perhaps the trio can avoid the same mistakes when they take their next tour, though fans have learned to expect disaster when Clarkson, Hammond and May hit the road.

The Grand Tour presents… Lochdown is available to watch on Amazon Prime Video.