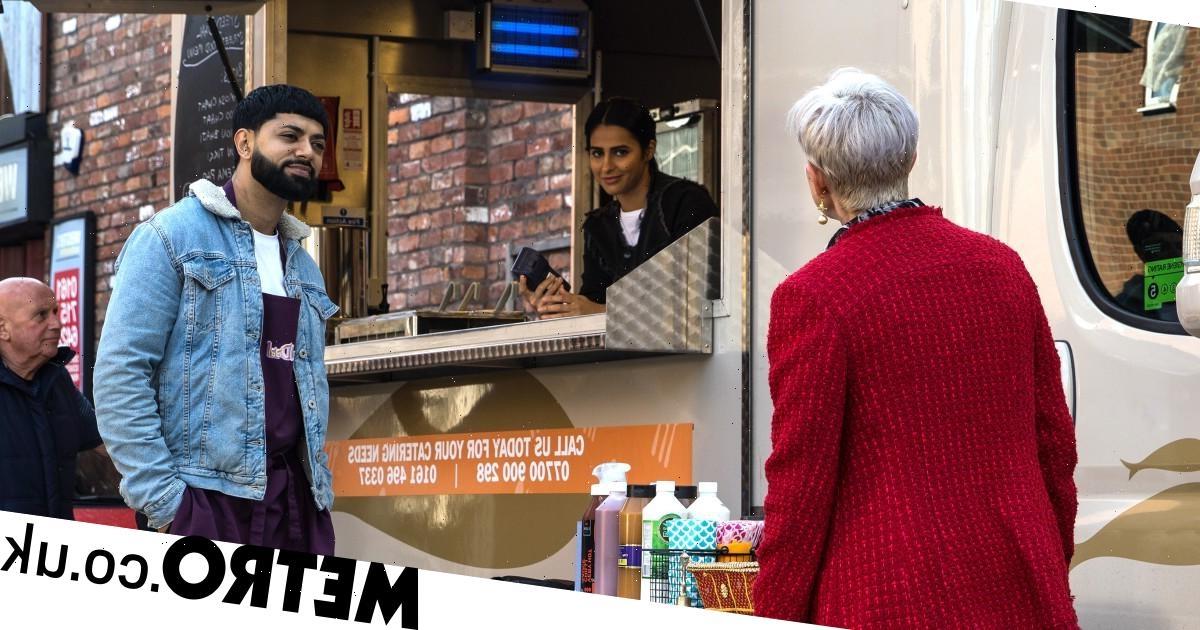 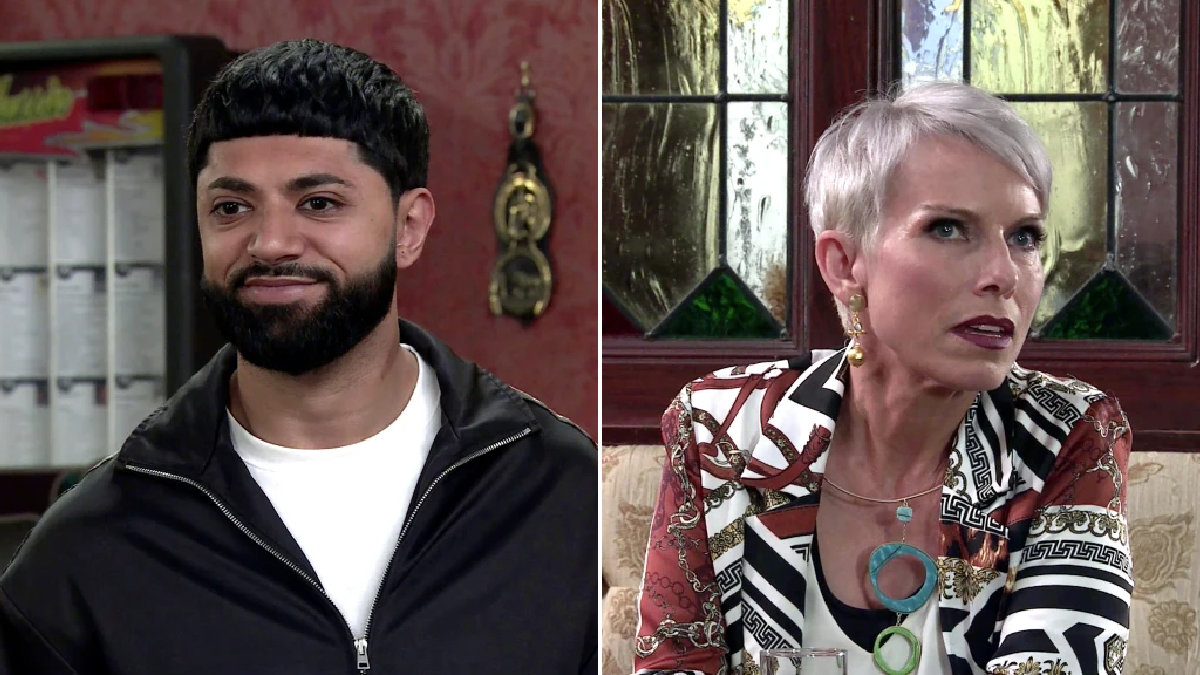 Zeedan Nazir (Qasim Akhtar) is back in Coronation Street and determined to help Alya (Sair Khan) save Speed Daal following her financial scam.

The problem? Zeedan hasn’t been in Weatherfield for years and makes a silly mistake of telling fellow entrepreneur Debbie (Sue Devaney) about his plans.

Alya, Yasmeen (Shelley King) and Zeedan worry that Speed Daal can’t survive by relying on its takeaway trade and more diners are needed.

Zeedan forms a plan to have a promotional tasting night but tells Debbie what’s going on.

Realising his error, Zeedan vows to improve Speed Daal’s menu to put the bistro firmly in the shade.

With woefully few bookings for the tasting event, Zeedan heads out to drum up some interest and teach Debbie a lesson.

Later on, Yasmeen and Alya break the news to Zeedan that they’ve been inundated with last minute bookings but Navid, their chef, has called in sick.

As the evening gets underway, Alya and Yasmeen are puzzled that none of their bookings have shown up.

A furious Zeedan guesses what’s happened – but is Debbie behind it?

Has she stolen Speed Daal’s customers?