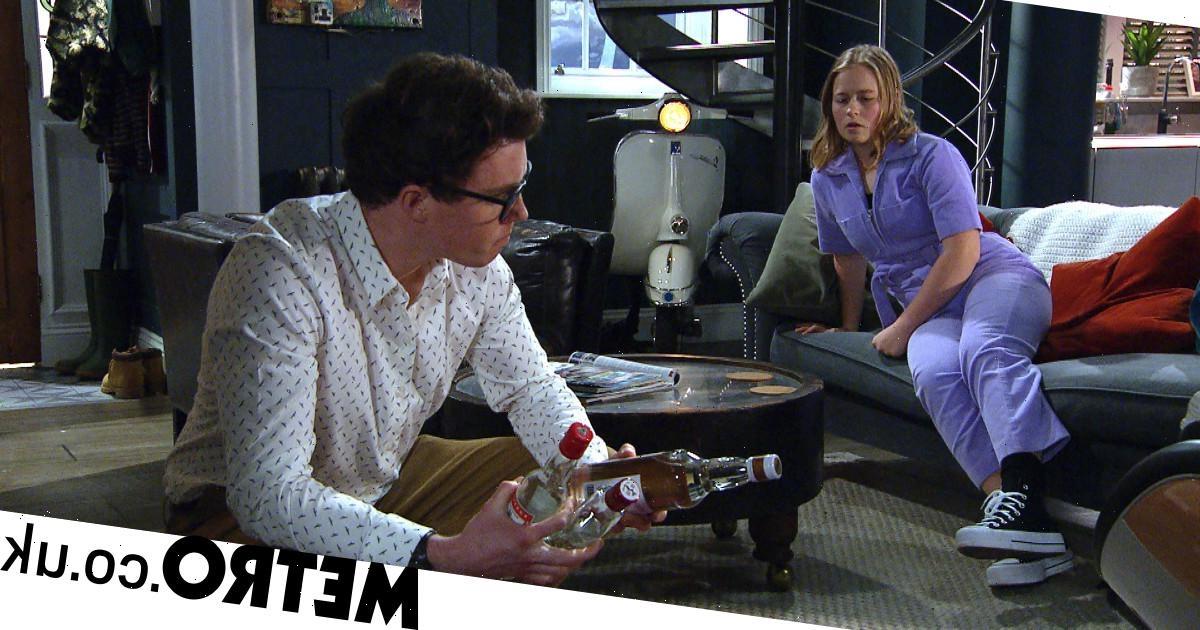 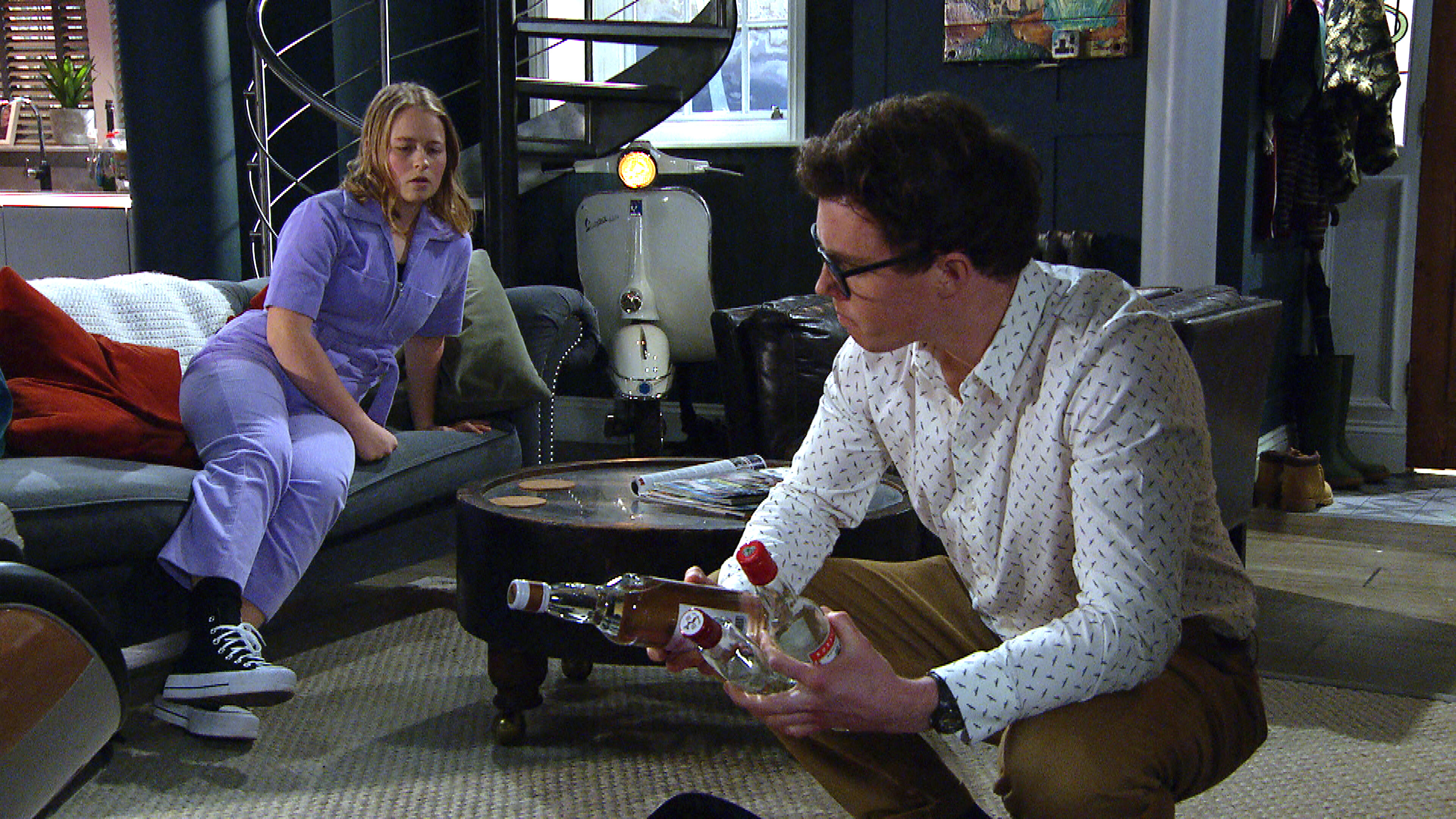 Vinny Dingle (Bradley Johnson) pushed Liv Flaherty (Isobel Steele) away when Paul Ashdale (Reece Dinsdale) was abusing him in Emmerdale. Now Paul is dead and Vinny is coming to terms with his abuse, he’s certainly been grateful for Liv’s support and was pleased when she agreed to get back together.

However, with guilt eating away at her after Liv left Paul in the barn before it exploded, she’s struggling hugely and turning to alcohol to cope with her emotions.

Soon, Vinny will discover Liv’s secret agony, but will they split?

Vinny worries for Liv after explaining to her his therapy sessions have left him with more questions about the past.

Later at baby Frankie’s christening, Liv feels completely lost and takes a swig of vodka to numb how she’s feeling.

Vinny is shocked to see Liv covertly drinking and sees she’s at breaking point, but will Vinny decide the pair of them need to split to sort out their problems alone?

Or will Vinny support Liv?