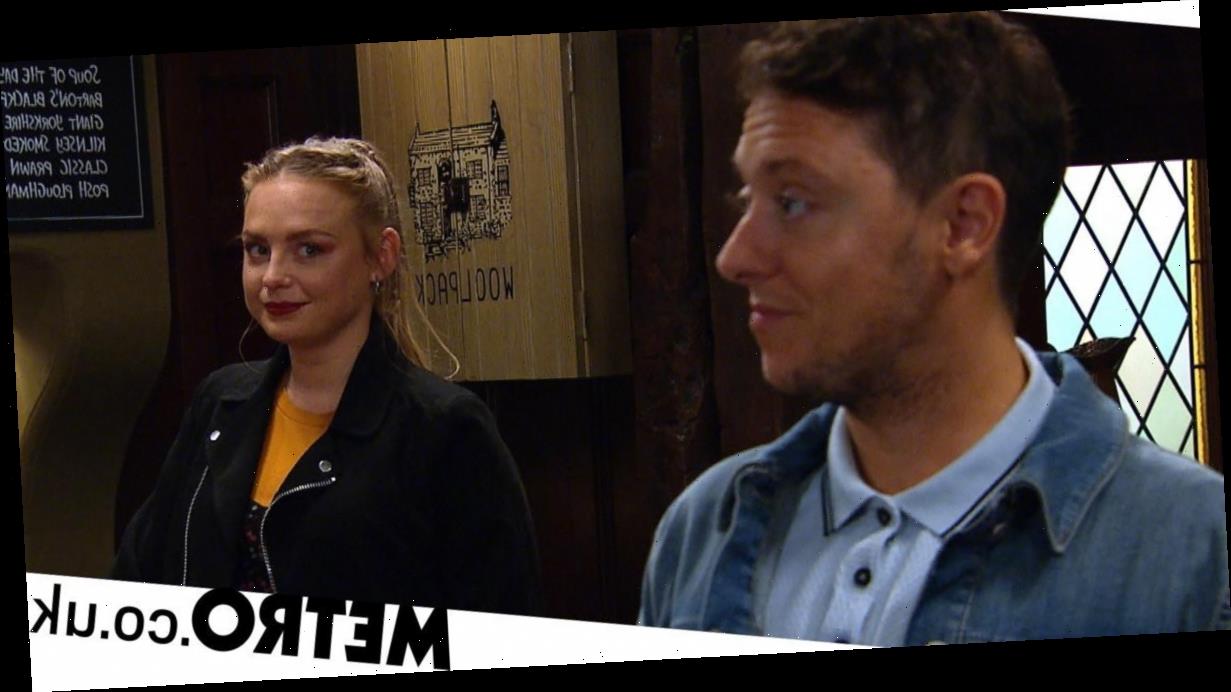 Marlon’s (Mark Charnock) pizza-box theft — in episodes which viewers will see this week — seemingly causes quite the rift between best pals Amy and Matty.

When the Woolpack chef gets wind of this, he sets out to try and make things right between the two.

Therefore, he invites Amy to a pizza tasting with both he and Matty.

Amy is delighted as a result, and she’s hopeful at the thought of spending an evening in Matty’s company.

However, Paddy (Dominic Brunt) offers Marlon some advice, and suggests that — in an effort to make the evening less awkward — he should invite others along.

Amy’s taken aback when she arrives at the Woolpack to discover that Marlon has invited other residents of the village.

What’s more, matters are made worse when Tracy (Amy Walsh) arrives — and it soon becomes apparent that there is tension between the two.

The following day, Tracy does her utmost to ensure Amy doesn’t have a chance to date Matty.

The animosity is evidently still simmering between Amy and Tracy, what with the former having played a part in Frank’s (Michael Praed) death.

The question is: will romance ensue between Matty and Amy?

Or will Tracy see to it that such a thing never happens?