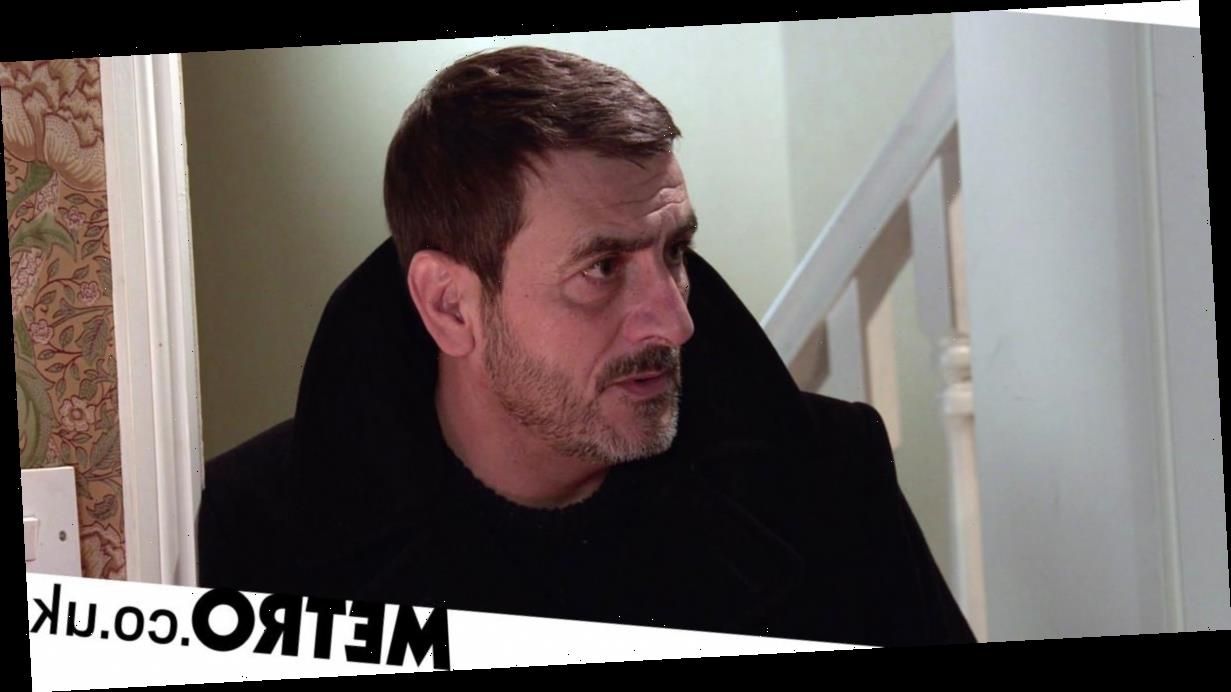 Ken (William Roache) is determined to help his son in upcoming scenes, and therefore sets about circulating a photo of him to all local pubs and shops, explaining that he’s ill and requesting they refrain from serving him.

However, the stalwart is later left upset, as Peter arrives home drunk.

In fact, Ken’s upset leaves Adam (Sam Robertson) incredibly concerned, and thus he suggests that he, Ken and Tracy (Kate Ford) take turns to keep an eye on Peter.

However, Peter soon discovers that Adam is following him, and later returns home drink once more.

Sweating and shaking, he sits down and writes a letter to Simon (Alex Bains).

Afterwards, he tracks down Carla, and informs her that he’d like to draw a line under their feud, before ultimately telling her that he forgives her for sleeping with Adam.

Carla’s relieved, but that relief soon turns to horror when she sees Peter’s notebook, as she comes to believe the letter he’s written to Simon is a suicide letter.

However, Peter insists it’s not a suicide note, but rather it’s a farewell letter, as he’s come to accept that he’s dying.

Carla is hellbent on making Peter see the bigger picture, and therefore she drags Simon round to No. 1, where she — much to Peter’s dismay — reads out the letter.

Simon is horrified and heads out, as Carla begs Peter to save himself before it’s too late.

Will Peter listen to what Carla has to say?