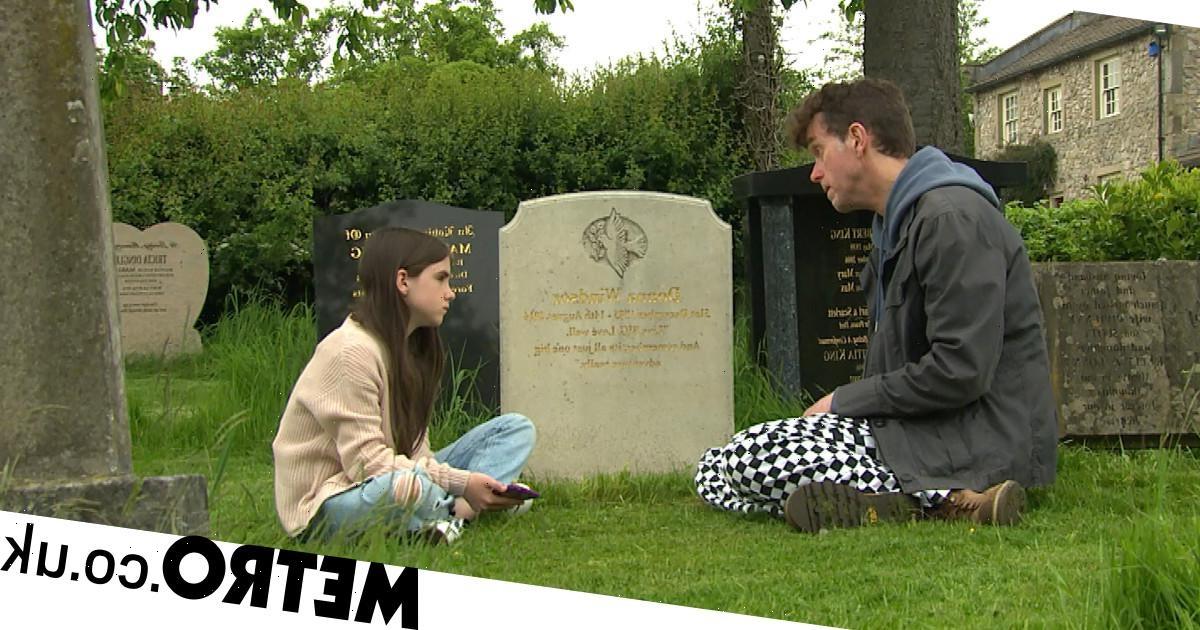 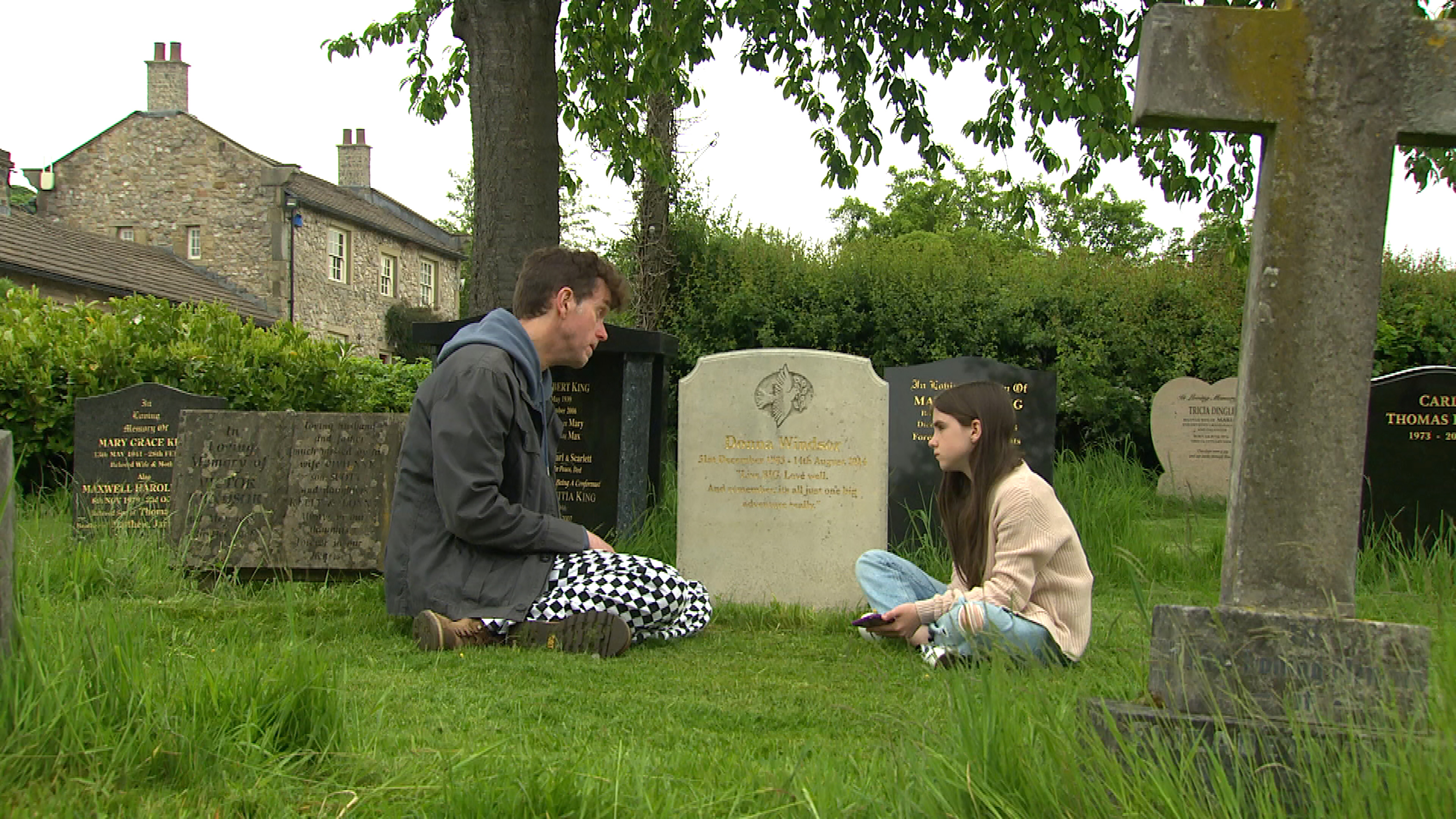 Donna Windsor’s final scenes aired in 2014 that saw her jump from a multi-storey car park while being handcuffed to villain Gary North.

Coming up, April is distraught to receive a cruel meme of Donna on her phone.

Seeking solace at Donna’s grave, she questions why the trolls hate her so much and as Cathy joins her, she assures April she’ll protect her, mentioning it’s probably best to keep the bullying a secret from Marlon.

Initially agreeing, April is then horrified to discover a troll called ‘Dead Donna’.

Demanding the full story, Marlon is heartbroken when he learns the extent of April’s torment.

Marlon finds April at Donna’s grave and admits he knows about what she’s been going through.

Both tearful, Marlon apologises for letting April down and hugs her dearly, but will Marlon seek revenge?