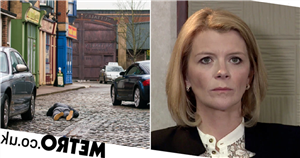 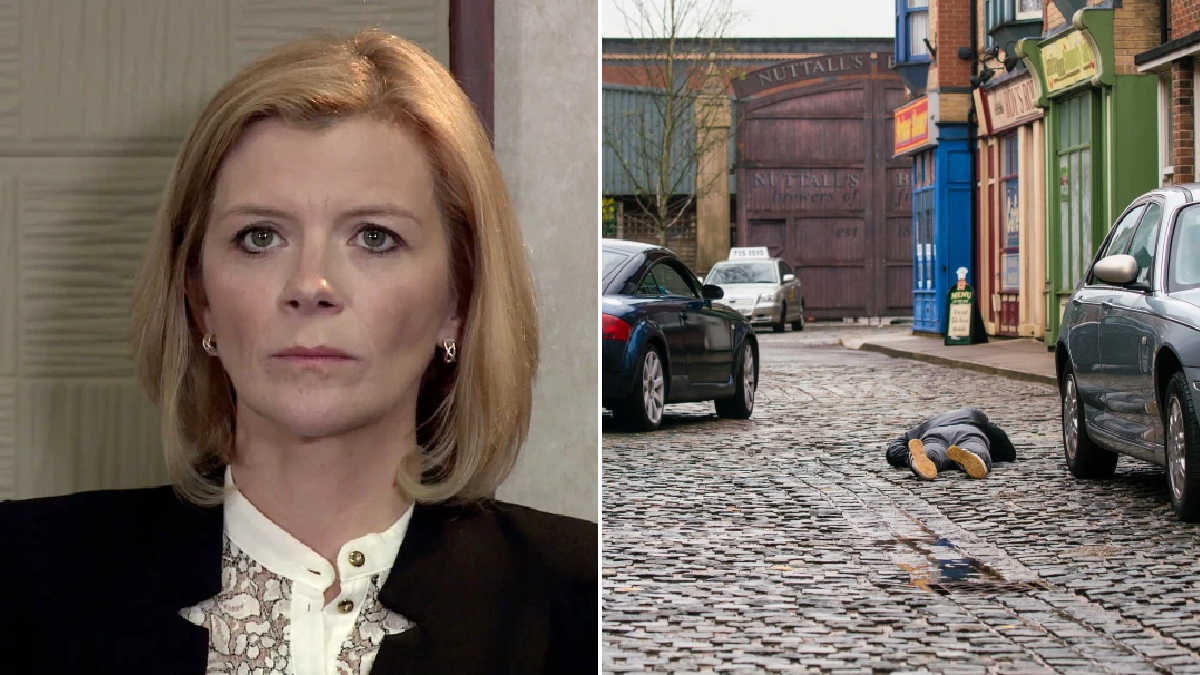 Leanne Battersby (Jane Danson) vowed to save Simon Barlow (Alex Bain) in Coronation Street after he told her about the drugs ordeal he had got himself into.

Since coming face to face with Harvey (Will Mellor), Leanne has dealt drugs for him, acted as a police informant and went into hiding after Harvey was arrested.

Leanne has done her best to protect Simon but in one final showdown, can she have Harvey jailed after Nick (Ben Price) gets shot?

Having given his Mum the slip, Sam (Jude Riordan) calls with a Father’s Day card for Nick as Harvey’s sidekick watches on.

As Nick and Sam head to the car a returning Leanne is horrified to hear the sound of gunshots.

Seeing Nick and Sam sprawled on the ground, Leanne and Steve (Simon Gregson) race towards them fearing the worst.

Meanwhile, in her hideout, Sharon’s (Tracie Bennett) about to do a runner as Rhys bursts in.

Leanne realises she needs to stand up in court and tell the truth, but how will the court scenes play out?

Harvey’s trial will get underway, but can Leanne provide enough evidence to have him arrested?