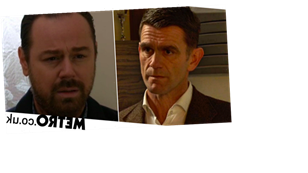 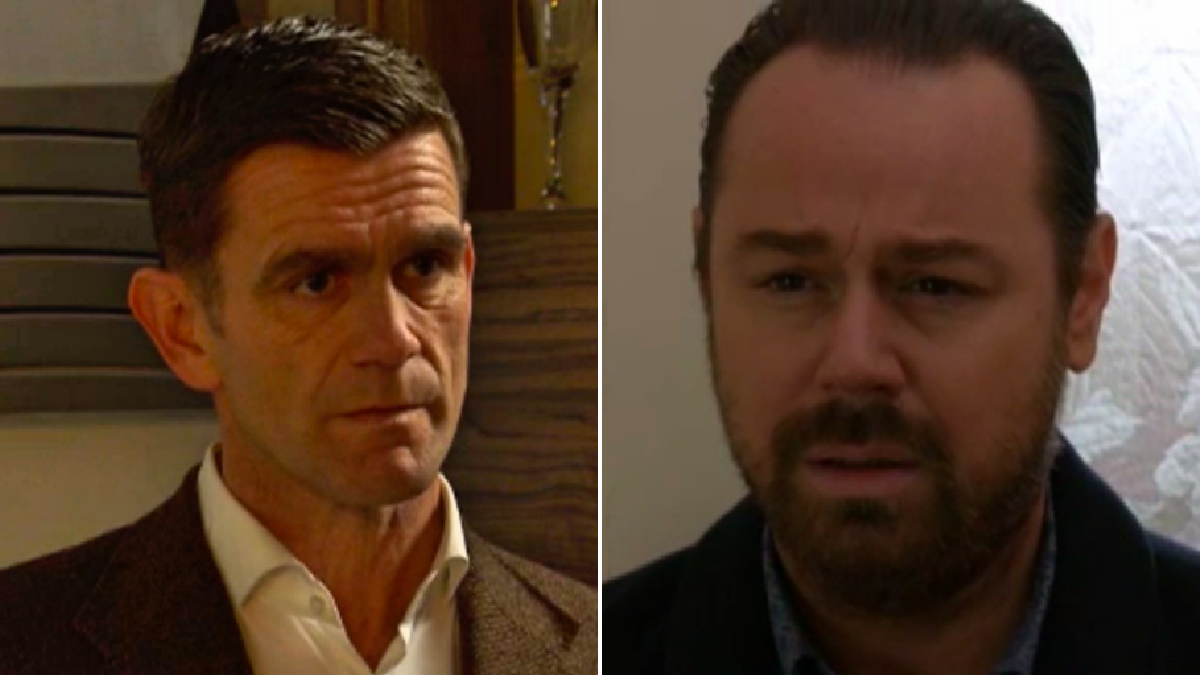 Jack Branning (Scott Maslen) did the unthinkable in EastEnders tonight (February 12), as he revealed to a drunk Max (Jake Wood) that Mick Carter (Danny Dyer) had been sexually abused.

With Valentine’s Day having arrived, love was well in truly in the air for some of Walford’s finest.

Mick and Linda (Kellie Bright) were more loved up than ever, for example, but ahead of their romantic night, Mick had to call into the station to go over the statement he’s made about abuser Katy Lewis (Simone Lahbib).

Meanwhile, Jack was incredibly concerned about Max in the wake of his revelation that he’d been to see a clairvoyant.

Max’s life was crumbling before his very eyes, and he’s taken Linda’s decision to reunite with Mick incredibly difficult.

Jack headed into to work, and while at the station he learned that Mick was the victim of sexual abuse.

He wrestled with what to do with such information, but as Max continued to drink himself into oblivion, the copper broke his oath as a police officer and revealed that Mick had been abused.

Max had previously been questioning why Linda chose her beloved Mick over him — although we reckon he never stood a chance, given how Mick and Linda are evidently soulmates.

This new information has seemingly given him reason to believe that maybe Linda only stayed with Mick because she feels like she has to, rather than because she loves him.

He really doesn’t know Linda at all, does he?

Either way, what will Max do with this information? What’s more, will Jack face the music for betraying Mick’s confidence?

EastEnders continues Monday January 15 at 8:05pm on BBC One.