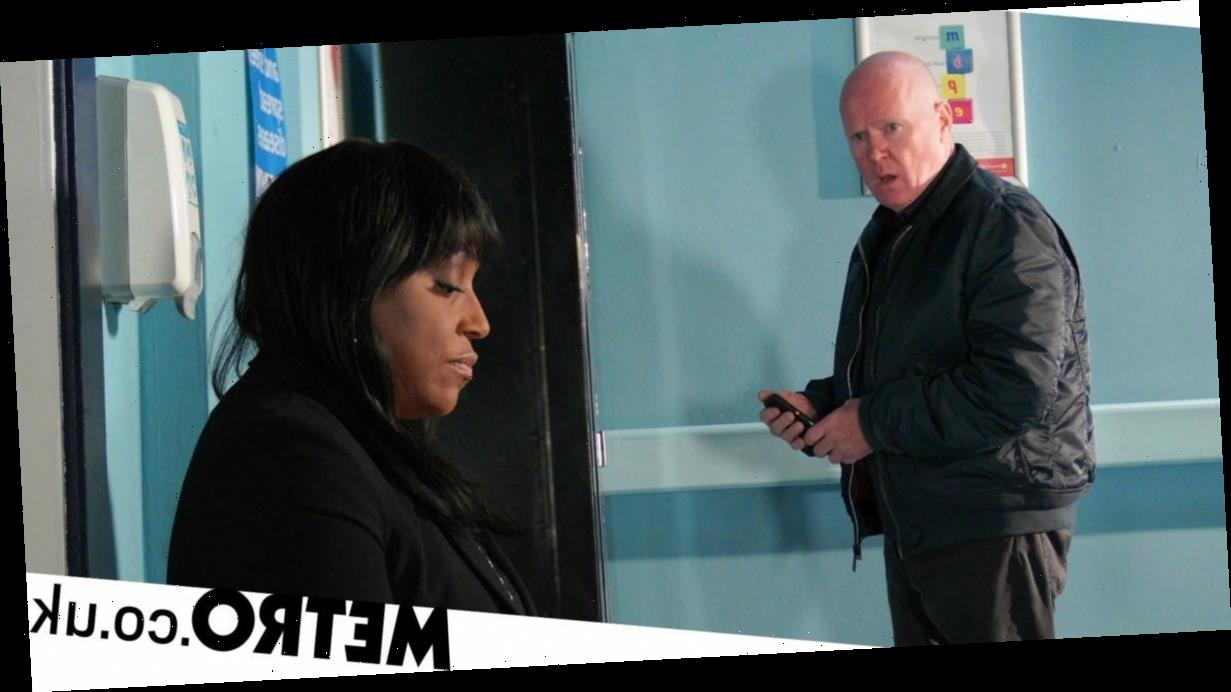 Phil asks Callum ‘Halfway’ Highway (Tony Clay) to look into the family who adopted Raymond in search of anything that could help with his case.

As the week progresses, the young copper informs Phil that he did as he asked, but couldn’t find anything. However, he uses the time to offer him some help, suggesting he could look into his ‘contacts’ if he’d like.

However, Phil isn’t interested and heads off to the hospital.

As Phil visits Raymond, he feels an instant bond with the child. However, he soon comes face-to-face with Ellie.

After striking up a conversation with Ellie, he lies about who he is and why he’s there.

But will Ellie work out the truth?

The character is seemingly one you don’t want to mess with.

Actress Mica Paris previously revealed on BBC Radio 1Xtra: ‘There is a moment when I was filming — and I never watch myself on the telly — I walked past the monitor while I was no set filming, and I caught myself on the monitor. I was absolutely terrified!

‘I ran out of the studio! The director was like “Oh my gosh, Mica. You are terrifying!”

‘I’m just not that person, I love everybody, and I’m a very optimistic kind of character, but this woman is hardcore!’