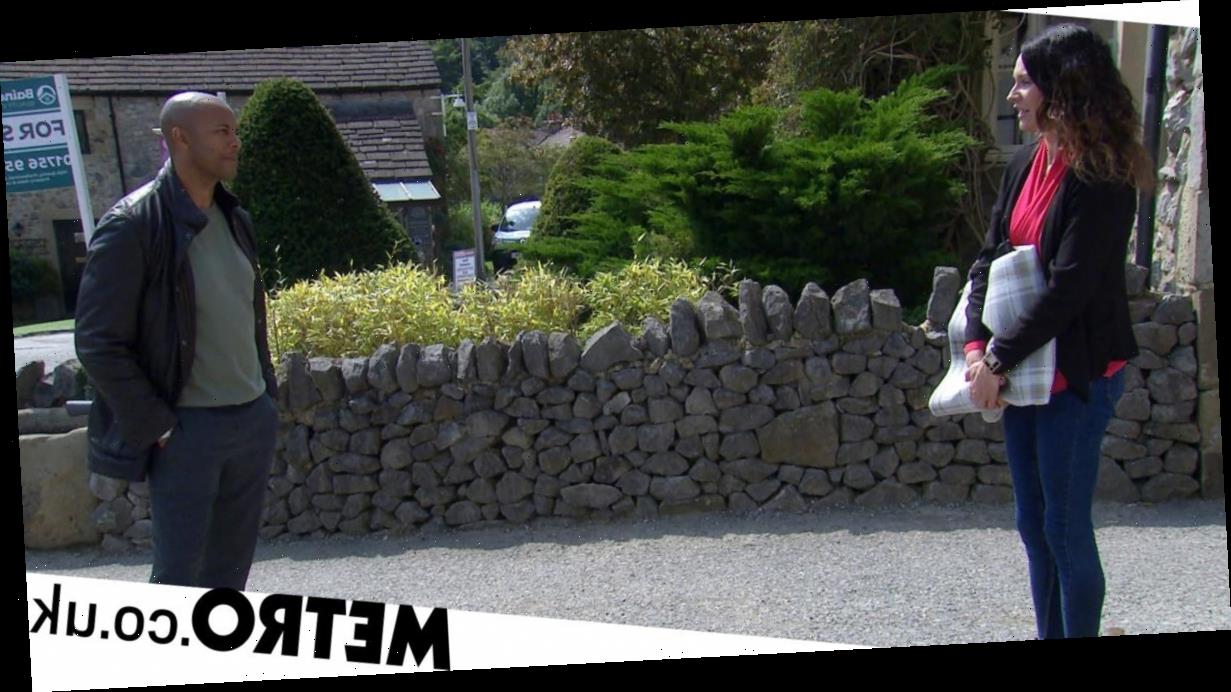 There has been animosity aplenty between Paddy Kirk (Dominic Brunt) and Chas Dingle (Lucy Pargeter) in Emmerdale as of late.

There were initially hints of Chas being unhappy in her relationship during the standalone lockdown instalment which focused exclusively on her and Paddy.

However, matters were made much worse when Paddy betrayed both his partner and Charity (Emma Atkins) when he called the police and had Kirin Kotecha (Rish Shah) arrested.

Chas has been unable to forgive him for such a thing, and the pair have constantly come to blows as a result.

Speaking about the conflict, actor Dominic Brunt — who plays Paddy — said: ‘A lot of stuff [is going on], they’re new parents, Paddy’s never done that before but he’s working all the time.

‘And I think there’s been distance for some time and then Chas says: “All right then, let’s reconnect, just me and you. Bear will look after the baby and we’ll go and have a picnic”. And Paddy goes” “oh no, I can’t I’ve got to work again.” so I think she’s feeling neglected and ignored and I don’t think Paddy’s giving her worth.’

Last week, another argument broke out, and Chas stormed off. After arriving in the Zen gardens, she struck up quite a friendship with Al Chapman (Michael Wildman).

There was evident chemistry between the two, and tonight, they find themselves in each other’s company once more — something which leaves Paddy rather worried.

Dominic continued: ‘She kind of strays a little bit, somebody shows her some attention and she goes: “Why don’t we do this?”. I don’t think she thinks it through, I think it’s just an instinctive thing and she’s flattered by it and falls back on her old traits which he’s kind of worried about.’

‘I think he knows that it’s not an affair, it’s just that he hears the intention that’s being laid out when she suggests they go away together. So he’s devastated by that even though he knows nothing’s actually happened, he’s aware of where they are in that relationship.