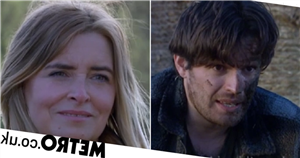 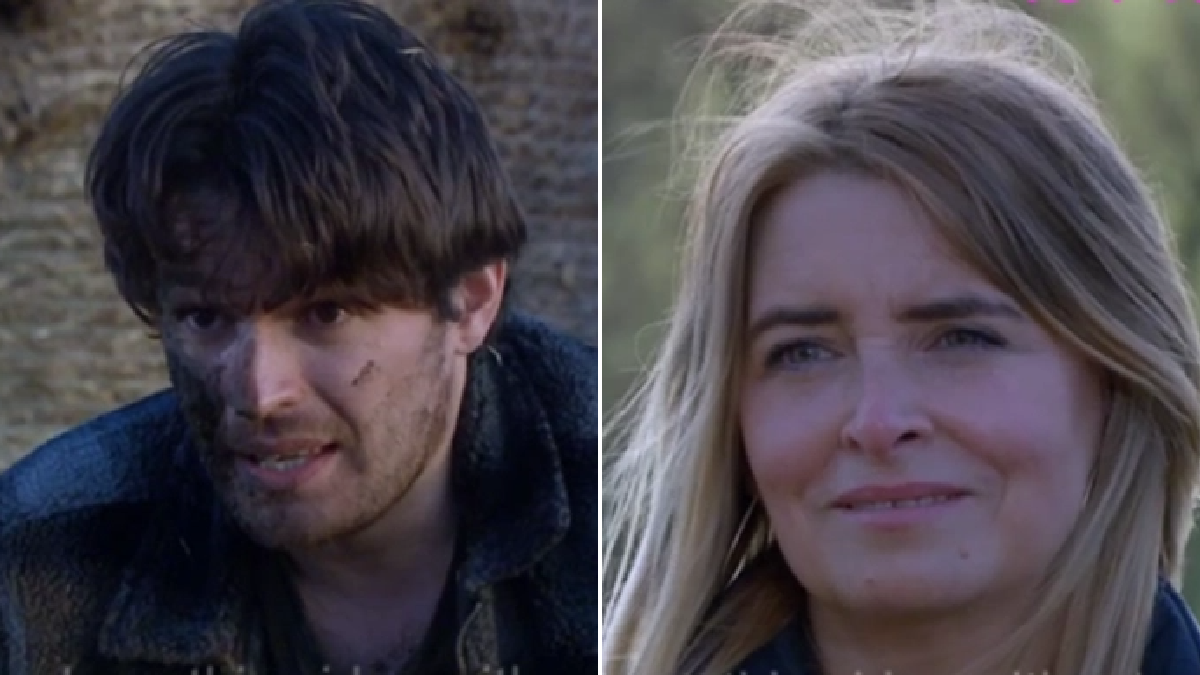 A meeting with dodgy Kev turned to disaster for Mack Boyd (Lawrence Robb) in Emmerdale tonight. Fortunately for him, Charity Dingle (Emma Atkins) was lurking around and saved him from being beaten to death.

With Mandy (Lisa Riley) now a part of Mack’s upcoming plan, the two of them met up as the first part of the ITV soap began. Mandy was more than ready to meet with Kev, but Mack wasted no time in warning her that Kev was a very dangerous man.

As Kev arrived, Mack attempted to take the lead in the meeting, wanting to strike a deal with the dodgy bloke and prove that he was worthy of the job.

However, with Mandy’s emotions all over the place following Paul’s (Reece Dinsdale) death and the news that he abused Vinny (Bradley Johnson), when Kev mentioned that Mack reminded him of his son because he ‘thinks he’s better than everyone’ and is ‘an embarrassment’, Mandy recognised the parallels between Kev and Paul and oh boy, did she make things a whole lot worse.

Grabbing the crowbar from Kev’s coat, Mandy attempted to hit him, but Kev snatched the weapon from her and instead wacked Mack in the stomach with it, knocking him straight to the ground.

As Kev instructed Mack and Mandy out of the house, Kev continued to beat Mack in a pile of wet mud (standard) but just after Kev instructed Mandy to tie a beaten and bruised Mack up so he could ‘turn him into a human pinata’ – Charity arrived.

It’s certainly not the place you’d expect to speak about memories of the past, but Charity and Kev did enjoy their little reunion, and as Mandy and Mack returned to the house, Charity arrived shortly after, telling Mack and his bruised-ego and an embarrassed Mandy that Kev had gone.

Mack told Mandy he knew full well her anger towards Kev was because of Paul and Vinny, commenting on his ‘own fair share of daddy issues’ and as Mandy left, Charity made it perfectly clear to Mack that she was now back in the game.

Once Nicola (Nicola Wheeler) learnt that Charity knew everything, she was more than thrown when Charity made her an offer – 50% of the haulage firm in return for the money she so desperately needs.

A smug Charity looked pleased with herself that she had taken back some control, but what will the next few weeks bring for her, Nicola and Mack?

Will Nicola agree to Charity’s offer?

And will Mack continue to mess up further dodgy crimes?