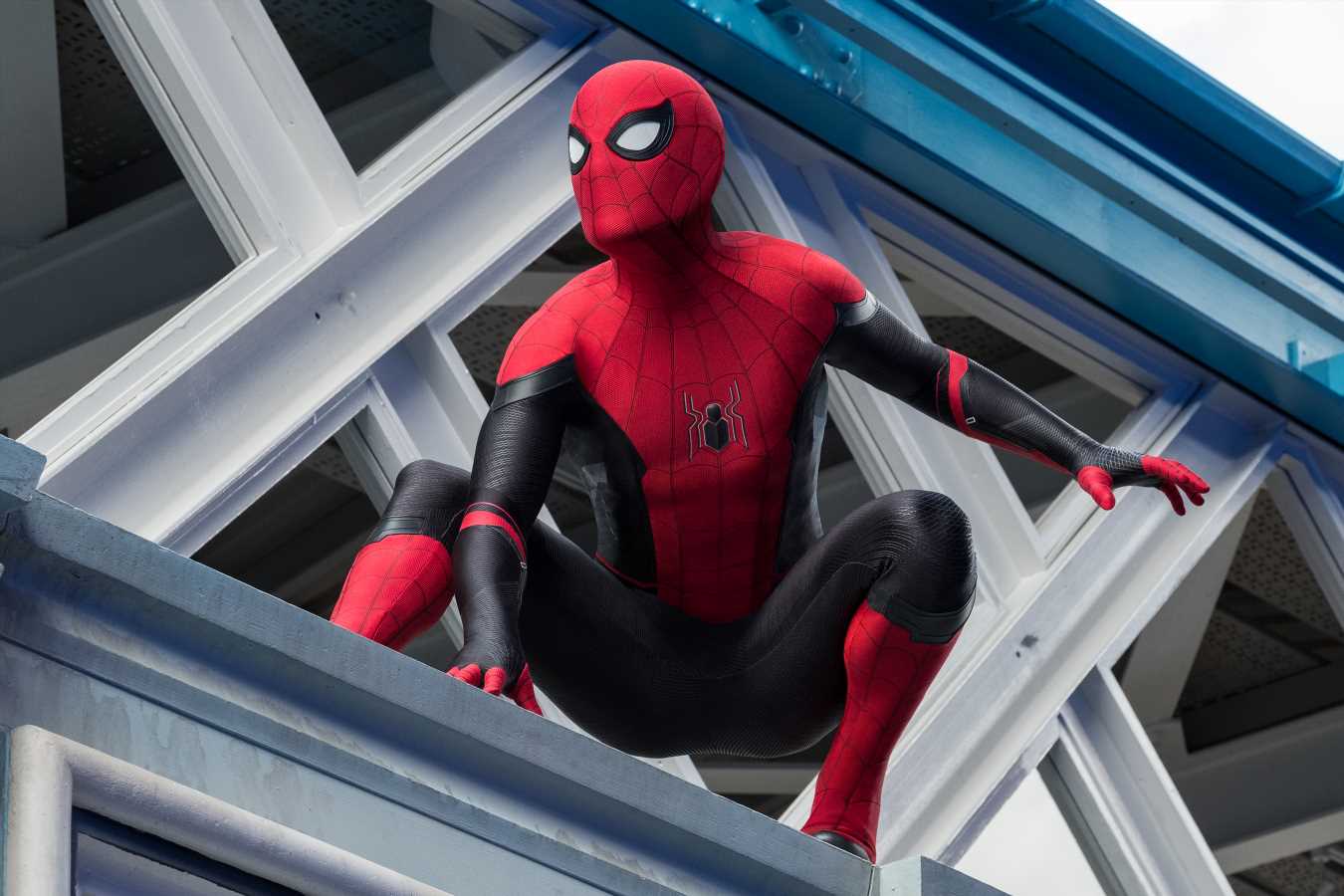 Sony’s Spider-Man: Far From Home catches a sizable box office crown in its web over its six-day Fourth of July release. Since its debut Tuesday night, the film has raked in an estimated $185 million across 4,634 theaters. Its total for the weekend is $93.6 million, a near record for the Fourth of July weekend coming in just behind 2011’s Transformers: Dark of the Moon weekend total of $97.9 million. However, it does mark the biggest six-day July Fourth opening of all time, beating another web-slinging title Spider-Man 2 for the title.

Second and third place go to two holdovers with Disney and Pixar’s Toy Story 4, which holds steady in second place with an estimated $34.3 million across 4,540 theaters. Toy Story 4 now boasts a global total of $650 million to date. Musical Beatles fantasy Yesterday takes third place with an estimated $10.8 million across 2,614 theaters. It’s a solid hold for Yesterday in its second week, declining by only a minimal 37 percent from its opening weekend.

Spider-Man: Far From Home is a triumph at both the global and domestic box office, marking the best six-day opening for a Sony film in history. The film is a follow up to 2017’s Spider-Man: Homecoming and features Tom Holland returning as the earnest Peter Parker, aka your friendly neighborhood Spider-Man, as well as Zendaya reprising her role as love interest MJ. The film picks up after the events of this spring’s Avengers: Endgame as Peter Parker attempts to adjust to life post-snap without Iron Man and several other trusted Avengers. It is the final entry in Phase 3 of the Marvel Cinematic Universe. The film also features Jon Favreau, Samuel L. Jackson, Michael Keaton, Marisa Tomei, Jake Gyllenhaal, Martin Starr, Michael Mando, and Cobie Smulders. Jon Watts returns to direct this follow-up to his 2017 spidey film.

The partnership between Sony and Disney-owned Marvel marked a major boost for a listless summer box office, coming in ahead of expectations. It also easily swings past 2017’s Spider-Man: Homecoming three-day opening of $117 million. Combining its international debut of $395 million with its domestic earnings, the latest Spider-Man film boasts a global total of $580 million. With the added bonus of a six-day opening scheme, the film marks the highest debut for any Spider-Man film ever made. Its likely to keep netting high totals over the coming weeks given extremely positive reviews and a sterling A CinemaScore.

This long holiday weekend’s other new release also exceeded expectations. A24’s Midsommar, another title from lauded Hereditary director Ari Aster, takes sixth place with an estimated $6.7 million across 2,707 theaters for the weekend and a total of $10.9 million in ticket sales since its Wednesday debut. Counting the full five days, A24 say this marks the best debut for an indie film in 2019.

The horror flick follows a group of vacationers whose Swedish holiday takes a sinister turn when villagers invite them to join in traditional solstice festivities that grow increasingly disturbing and bizarre. Will Poulter, Jack Reynor, Florence Pugh, Ellora Torchia, William Jackson Harper, Vilhelm Blomgranand  Archie Madekwe star from a script by Aster. Despite positive reviews, the film is not resonating with audiences, earning a dismal C+ CinemaScore.

Rounding out the top five are two holdovers — horror sequel Annabelle Comes Home and Disney’s live action update of Aladdin. In its second week in theaters, Annabelle Comes Home takes fourth place with an estimated $9.8 million in ticket sale. After seven weeks in the box office, Disney’s Aladdin continues to be a monster success for the studio, taking fifth place with an estimated $7.6 million across 2,758 theaters. Its worldwide total is gradually approaching the billion dollar mark, now boasting a global haul of $921.7 million.

Overall box office is down 8.4 percent to date, according to Comscore, an improvement by an entire percentage point from last weekend thanks to the high Spider-Man returns. Check out the July 5-7 numbers below.