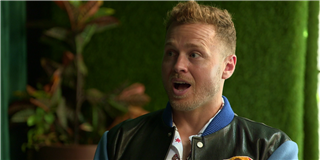 We’re already halfway through the season, and the drama on The Hills is reaching a frenzied fever pitch. Mischa’s finally coming out guns blazing (even if it’s just in the confessionals), Spencer and Brody’s relationship continues to be difficult, and Heidi’s just trying to rein her husband in when it comes to Pratt Daddy’s crystal party. And that’s before we even get to the part where Audrina confronted Justin Bobby about his relationship with Stephanie. The only person not causing drama this season? Whitney Port. She’s busy busting first-aid myths and selling Betadine instead!

We caught up with reality king Spencer Pratt to get his take on crystals, Justin/Audrina, and exactly who was invited to which party.

Mr. Brody Crybaby likes to keep referring to me as a “bitch,” and I don’t know if he knows that’s not okay, even if you’re the lead singer of the hit band AHZ. You don’t refer to people as a bitch. It’s 2019, someone should hit him with a little red flag there.

Brody’s VIP basement record party was just too much. He was jealous of the Pratt Daddy Crystals party so he had to create a band, release the single, and then throw a party he acted like he’d invited me to. He was jealous that Heidi had a song on this show and he was like, “wah wah wah, I want a song, too.”

I’m not going to name names, but it starts with a K and ends with Brody sleeping in his car.

On not being invited to Brody’s party, even though both Brody and Kaitlynn say he was:

Where was the text message invite? Where was the missed call? Where are the receipts? You think Pratt Daddy isn’t going to an on-camera party? Hello? I was the one trying to get Brody to party at the pool last episode. And suddenly I’m just “not showing up” for “personal reasons”? You gotta do better, because you know me. If cameras are there, I’m going.

I’m like Ariel: I want to be where the cameras are.

I’m like Ariel: I want to be where the cameras are. If there’s three cameras, you best believe I’m trying to be in front of all of them and complaining that we didn’t get a fourth. If you catch me at lunch with Stephanie, that should tell you I would do any scene that they’re filming for a television show.

So, yeah, let’s not pretend I was on that guest list unless you’ve got receipts and one very apologetic party planner.

On whether Brody was invited to Spencer’s crystals party:

He told me he was coming, so I didn’t need to invite him. He told me, “Hey, I’m crashing your shit,” so, I assumed that meant, “I’m coming to your shit, it’s all good.” I thought that was an olive branch. I thought he was totally Katy Perry-ing me, and I was definitely going to accept it.

On being called unpredictable:

I just love that Kaitlynn, whom I’ve talked to for 45 seconds in my whole life, knows so much about what type of person I am. Unpredictable? I’m the most predictable. You know exactly what you’re getting when you invite me to your party. I’m gonna show up, I’m gonna hand out crystals, and then I’m gonna correct attitudes. That’s the kind of energy I’m always bringing. 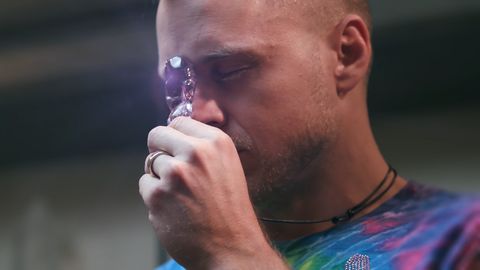 I don’t know why Kaitlynn gets any say over who’s being invited to what party. Look how that worked out when she gave Brody advice about Kim Kardashian’s wedding. They don’t speak anymore. Maybe Kaitlynn’s “plus one” energy is not the best for Brody’s relationships.

On watching the basement party happening without him:

When Brody’s bandmate said, “all our true friends are here,” I looked around and I was like, you know what? Maybe I’m not actually supposed to be one of Brody’s true friends these days. It’s not really my scene, actually. I don’t make bad decisions, so I couldn’t really vibe to this style of music.

You know what, maybe Kaitlynn did a good thing making sure that Brody and I aren’t friends anymore. She actually saved me a trip to the basement.

On Audrina’s friend Joey telling her to stand up to Justin Bobby:

Joey brought great content, but obviously I don’t want any problems with Stephanie and her podcast, so I’m not going to say whether what she said about Stephanie is true or right. Everyone’s entitled to their opinions. Sometimes that opinion is, “you’ve got a lot of liars in the cast.”

It was sad to watch someone who doesn’t even have their own chyron body Mischa so hard for screen time. Maybe if Mischa came out and said some of the things she’s been saying in testimonials, she would be in front of the cameras more. I’m just praying for a season two so I can walk up to Mischa and say, “love your testimonials, why don’t you talk shit directly to Brody’s face and see how Brody reacts to that?”

Would love to talk to her about showing up at a store Heidi shops at and asking for a discount because “they’re friends.” 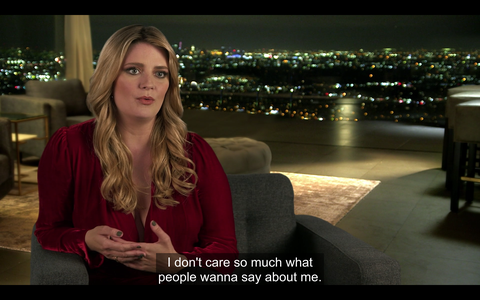 On Mischa’s assertion that the crystals party was the wrong time for Audrina and Justin Bobby to work out their relationship:

I have a sound bath healer there, I have a crystal healer there, I have crystal lamps, I have a super premium open bar. There is no better place to find some healing than this party. I think Audrina choosing this moment to define her relationship was incredible. I’m so glad Audrina finally put her heart out there with the crystals around and went vulnerable.

I kept on saying to Heidi, “this is a reality show. This feels real. This is real. I can’t believe this is happening. This is what crystals do.” I don’t know what Mischa thought was supposed to happen, but this is everything I wanted. I hope she took some crystals home because after all the things she’s been saying, she definitely has some smoke coming her way. 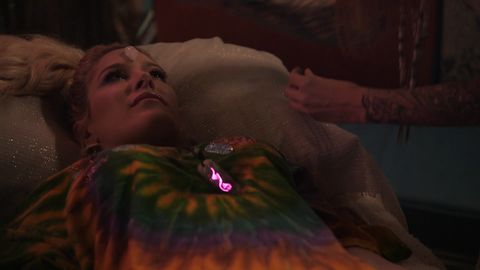 This isn’t The O.C. What Mischa doesn’t get is that this isn’t scripted, and people’s feelings get hurt. She thinks she’s being stealth by talking about Audrina off-camera. Nah, girl, you’re talking shit like the rest of us and it’s going to come back and bite you no matter how long it took you to get started. The only thing you’ve been missing is screen time. And now no one will film with you.

Someone’s going to be real surprised after this episode airs, and they can’t have their chill little hikes with Audrina anymore. I wouldn’t be surprised if someone bows out of season two because they can’t handle the smoke. Mischa just put a dang bullseye on her own dang head.

On Audrina and Justin Bobby having a serious heart-to-heart about their relationship:

I was literally shook. That was the best Audrina/Justin scene I’ve seen in seven seasons of The Hills. It felt like she was ready to get married again, and I was like, oh my god, he really not on the same page as her at. all. You can say The Hills is fake all you want, but you can’t fake the facial expression Audrina had in that moment. It was heartbreaking. She’s a catch. That means a lot coming from someone who isn’t her biggest fan. 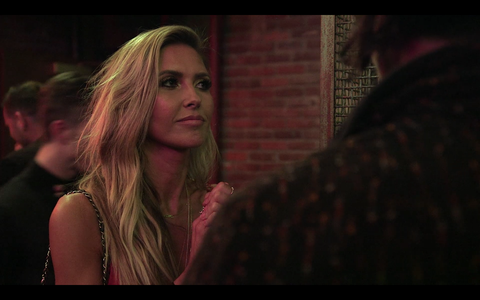 People always ask me and Heidi about the secret to our successful relationship. And the answer’s always communication. Audrina and Justin didn’t have that. They had a couple of hugs and good eye contact this season, but they never sat down and talked about what they both wanted.

On Audrina’s response to being broken up with:

Justin Bobby just started talking about how he had a younger sister and Stephanie had an older brother, and I was like, are we just naming family members here? What does this have to do with anything?

Here’s the part that’s really interesting: Justin Bobby doesn’t even talk to his sister, so I don’t know why she’s being dragged into this. Maybe because he and Stephanie both have estranged siblings? I guess there’s lots to talk about there. Good foundation for a relationship.

Heidi: I was hoping Justin would have enough respect for Audrina to not play her like that again, especially on national television. She’s a mom. She’s gone through so much. I wanted to give Justin the benefit of the doubt, but he really is just bad. And Audrina’s the full package.

On Justin Bobby dropping Audrina to chase Stephanie after their “talk.”

I’ll never forget how fast Justin stopped talking to the supposed former love of his life. How fast he literally hit the brakes and ran, as if Stephanie was Julia Roberts in The Runaway Bride. He must have had some good sneakers on.

Man, you just dropped Audrina, the Juliette Porter of this show—right down to being the narrator—for someone who “wants” to narrate? Good luck. I can kind of see why Justin Bobby had to chase after her, though. I heard she was going back to England. She might have charges to face. 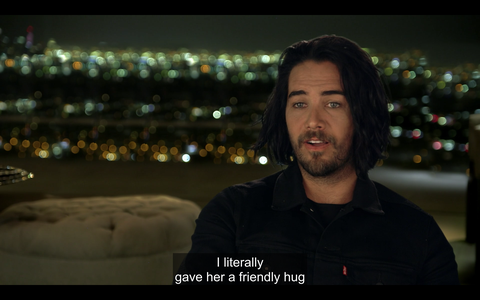 On Heidi and Spencer fighting over whether they should have had an open bar at the crystals party.

Heidi: Well, at least no one had to sleep in the car.