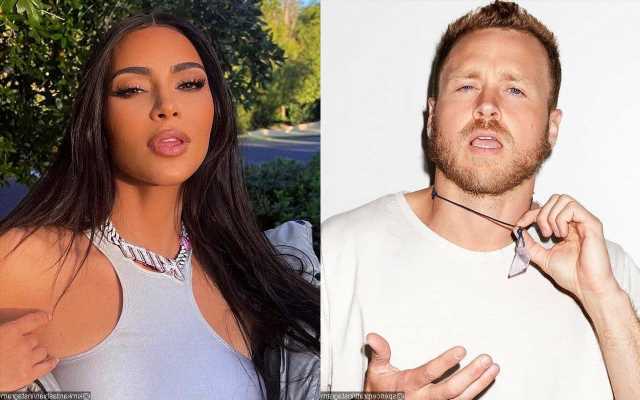 The reality TV star believed that he’s supposed to be Kim Kardashian and that the famed clan’s TV show ‘copied everything Heidi [Montag] and [he] did’ in the early years of the couple’s show.

AceShowbiz –Spencer Pratt insists he is “supposed to be Kim Kardashian.” “The Hills” star, who became a household name alongside Heidi Montag on “The Hills”, has claimed “Keeping Up With The Kardashians” imitated the couple’s show in the early years while he and Heidi didn’t have as much TV network support.

He told Esquire magazine, “I’m supposed to be Kim Kardashian. Watch all the early episodes of [‘Keeping Up with the Kardashians’]. They copied everything Heidi and I did on ‘The Hills’. The only difference between us and the Kardashians, I’ve learned, is you’re only as famous as the media conglomerate bankrolling you….”

“I didn’t understand that once Viacom wasn’t in the Heidi and Spencer business, it was a wrap on the visions I had for us and our success. Comcast didn’t unplug the Kardashians until last year,” he continued.

While “The Hills” ran for six seasons on MTV, ‘Keeping Up With the Kardashians’ aired for 20 seasons. “The Hills: New Beginnings” launched in 2019, which came nine years after the original programme premiered, but it was axed after just two seasons, while ‘The Kardashians’ recently debuted a year after “KUWTK” ended.

Pratt ranted, “I’m still in shock. We just lost a f**king TV show. It’s been an emotional rollercoaster. I was arguing with a few of the cast members who said, ‘We don’t need the network. We just need a boom mic and some cameras and we can do ourselves.’ And I’m like, ‘Bro, I’ve been filming myself for five years. There’s nothing like being on a television show.’ “

Spencer is currently running a lucrative business selling crystals, but he admitted he wants “a hit show so f**king bad.” He said, “Let’s not forget how powerful television is. Why are the Kardashians still on TV? They’re billionaires! It’s because they know that being on camera is going to move product. How will people know about the crystals if they don’t know we exist?”