Despite insisting Southern Charm and all associated was in his rearview mirror, Thomas Ravenel continues to hammer away at Patricia Altschul on Twitter.

Meanwhile, Altschul left Twitter, citing the negativity of the social media platform. But Ravenel has gone hard over the past few days in an effort to prove Altschul is a racist. His tirade began on Mother’s Day and it doesn’t seem to be letting up any time soon. “Typical ornaments one will see at Pat Altschul’s home. I wonder why Bravo never captures them on the show?” he tweeted along with three images of figurines that appear to be from Altschul’s home. 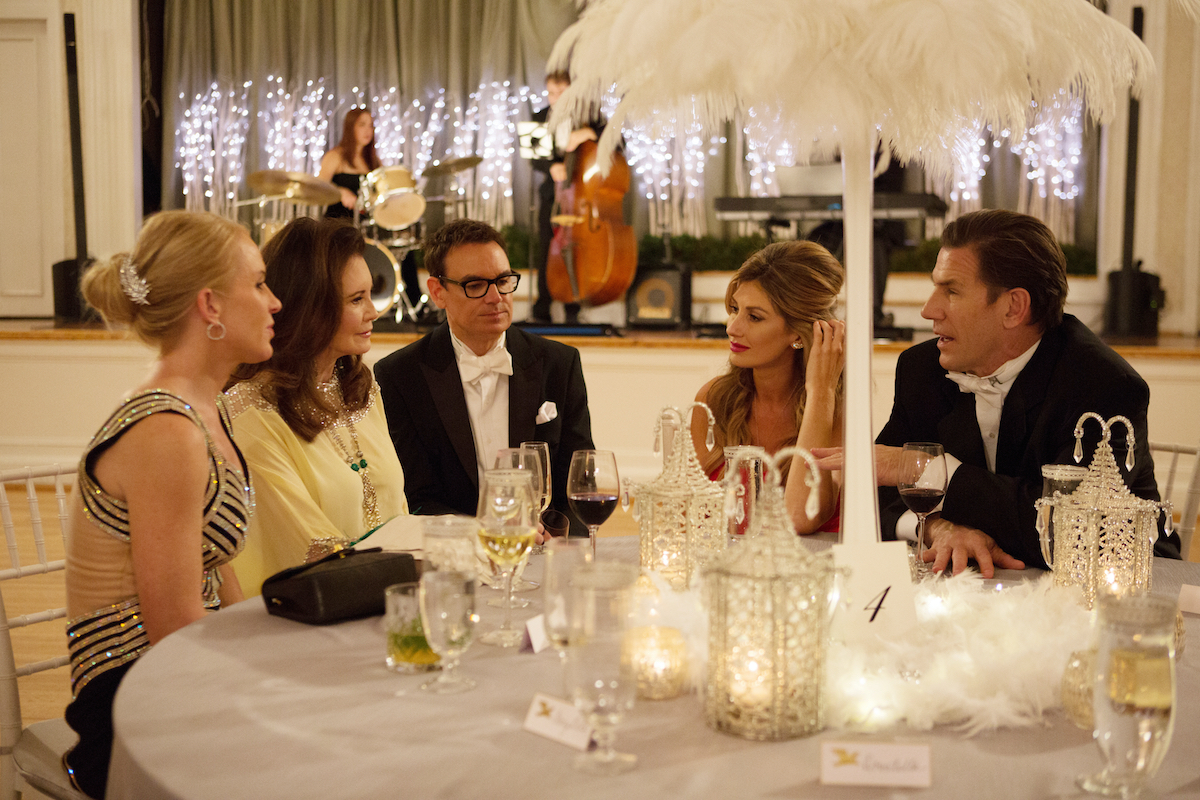 He shared a few articles from publications that agreed with his assertion. But he then doubled down on his claim the following week. “Pat’s inflated ego makes her believe the masses won’t call her out For not apologizing to people she deems beneath her? Afterall, she portrays them as savages, servants or animals (monkeys) in her own home. Merriam-Webster notes the Blackamoor artwork as racist,” he tweeted.

In his earlier tweets, he vowed to continue with his campaign until Altschul addressed his accusations. A fan suggested he scale back his attacks. But he replied, “Not until she publicly renounces her spiteful treatment of POC and being an impediment to their access to and integration into the opportunities all Americans should have regardless of where they stand in her social diary or the color of their skin. Which will be never.”

He then insisted that Bravo controls what is reported in the media, which is why the assertion of racism hadn’t been addressed. “Bravo either owns or controls most of the reality tv show tabloids through access to the bravolebs,” he wrote.

Patricia Altschul and Thomas Ravenel have been feuding for years

Ravenel attacked Altschul in 2019 after he was fired from the show. “So my family gave me the riot act,” he tweeted about his departure from the show. “They said I had made some very bad decisions and it all boiled down to one thing: associating with trash. When I asked to whom they were referring, the name I heard will surprise you but if you only knew. PATRICIA ALTSCHUL.”

He later claimed that he was quiet when she trashed him. But he planned to be more vocal going forward. “I let her trash me for a year while keeping silent,” he shared. “She was relentless. Lying left and right about me on national television and trashing me on social media. The truth about her needs to come out.”

“I myself never watched much of it when I was on it,” Ravenel wrote in another Twitter thread that has since been deleted. “They’d email it to me and I scan only to the parts I was in to see if I got a good edit or not. Sorry but the show really does suck with me or without me. Just glad to be away from that trash Patricia.”