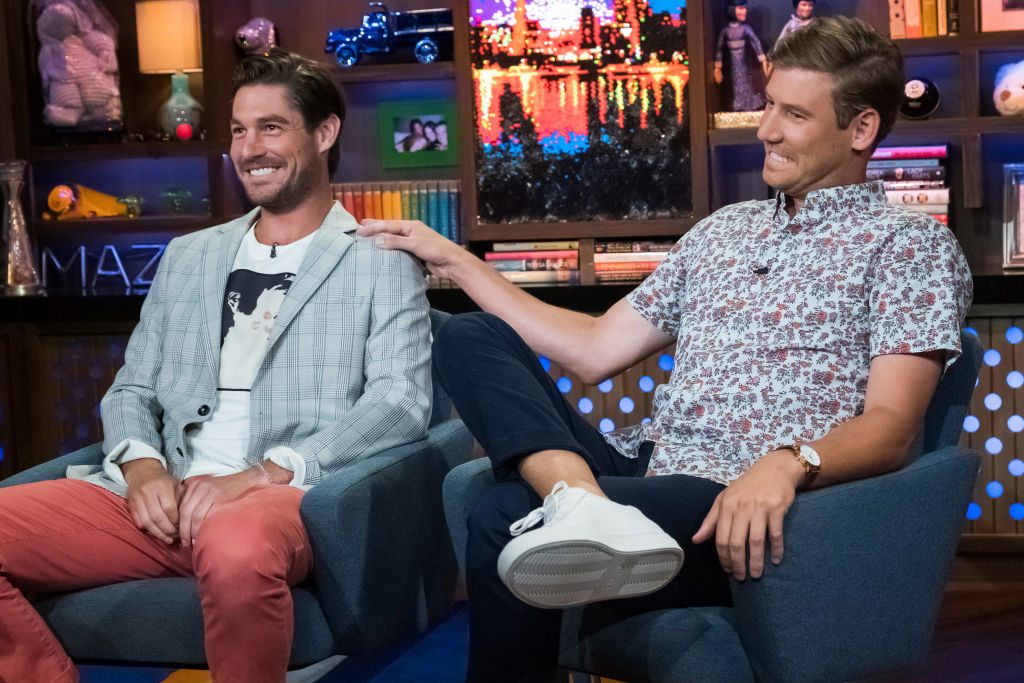 What was supposed to be a fun group trip to Colorado for the Southern Charm crew quickly ballooned into something uncomfortable. As potentially dangerous weather threatened the safety of the trip, Craig Conover seemed at odds with the rest of the crew as to when and how they should leave — and Chelsea Meissner simply was not having it.

This is yet another instance of Conover blowing up at one of his Southern Charm peers — he recently had an explosive moment with Austen Kroll after feeling ditched at a social gathering. Now, Chelsea Meissner is ready to dish on what she thinks went down this time around.

Craig Conover’s bus meltdown isn’t his first explosive fight with his Southern Charm castmates. In fact, he just recently had another outburst at fellow star Austen Kroll. It seems as if, at the time, Kroll had invites Conover out to meet up with some new friends at a local bar. But, according to Conover, when he arrived Kroll was paying his tab and preparing to leave the bar altogether, allegedly at Chelsea Meissner’s urging.

During the blow-up, which aired on Bravo, Conover told Kroll, “You’re a loser. You go, ‘I’m leaving,’ and I asked why, and you said ‘because my ex-girlfriend told me to,’” said Conover. “You left me with a bunch of people I didn’t know.”

Kroll denies Conover’s telling of the event, which angers him more. “You left the bar because your ex-girlfriend told you to go. You said it out loud,” yelled Conover.

Conover then decided to shift his anger towards Meissner, telling her, “You suck by the way. If you’re not gonna date him, get out of his life. The fact that you guys still talk is also batsh*t crazy. You’re telling him to go home but you’re not his mom. I’m not angry, you guys are f***ing nuts.”

His fight with Chelsea Meissner

Now, it looks as if the Southern Charm star hasn’t gotten over whatever pent up rage he’s been holding onto when it comes to Chelsea Meissner. This was incredibly apparent on the bus when Meissner argued with Conover.

“When Craig was having his little fit and holding us up, they kept saying if you don’t get on the road now the roads are going to be icy, it’s going to be dangerous, we’re on a time crunch here for safety purposes and that’s why I flipped out on him,” said Meissner during the Southern Charm After Show.

Conover doesn’t see it the same way. “I didn’t get mad at Chelsea at all,” said Conover.

“I think you did,” countered Shep Rose.

“I had a clear vision of what I wanted to happen and what I knew was best for everyone even if they couldn’t see it and I was going to make it happen,” continued Conover.

Conover proceeded to tell Meissner to shut up, and the fight escalated from there, ending with Conover getting off the bus and calling a car of his own.

Some fans have speculated that Conover’s recent lashing out has been due to feeling hurt over his ex-girlfriend, Naomie Olindo. The pair broke up over a year ago, but it often seems as if Conover isn’t over it yet.

The same day he flipped out at Kroll, he discussed his relationship with Naomie Olindo, saying, “We can’t be around each other because we never f***ing closed anything. That’s why we can’t be a foot away from each other without her f***ing darting out the door. It’s easier for her to act like it never happened.”