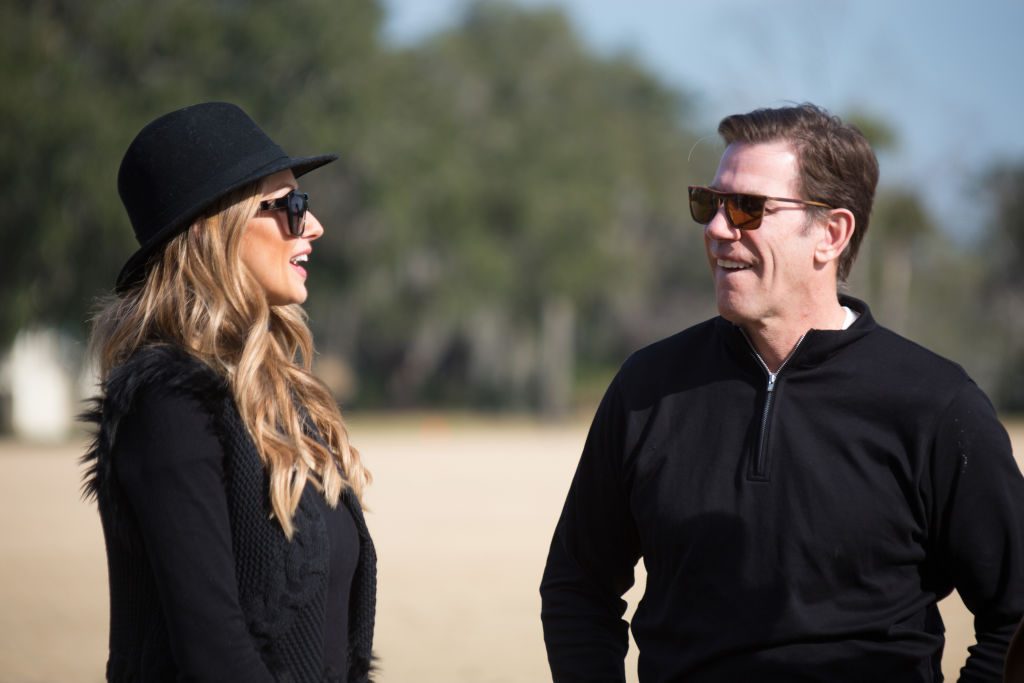 When it comes to Ashley Jacobs, Southern Charm fans and cast members alike don’t have too much sympathy. The Bravo star cemented herself as something of a villain in the show, and that perception hasn’t changed much since she made her reappearance on Season 6. Her feud with Patricia Altschul rages on, and it never felt as if she made any true apologies to the cast members she said terrible things to, like Kathryn Dennis.

Now, however, Ashley Jacobs is opening up about her time with Thomas Ravenel — and what she has to say might garner some sympathy after all.

It’s no stretch to say that Ashley Jacobs never ingratiated herself with the Southern Charm crew. In fact, quite the opposite. She’s infamous for telling Kathryn Dennis that she’s not a real mother, just an “egg donor,” and for picking fights with Patricia Altschul. However, while fans and her peers on the show might consider her something of a villain, Jacobs says she doesn’t feel the same way.

In an interview with Entertainment Tonight, Jacobs said, “For me to be dubbed the villain, it hurt. I started to think, you know, where did I go wrong, and what could I have done differently? I can certainly be blunt, and I can certainly… I have a sharp tongue, and I know how that can be misconstrued.”

She added, “[The biggest misconception about me is] that I’m evil, that I’m psychotic. That I, you know, need mental help. I mean I did, I got some help for the situational depression.”

Her time was Thomas Ravenel was dark

The Southern Charm star seemed to insinuate that some of her behavior was the result of her mental health being less than positive — could Thomas Ravenel have had an influence on her mental state during that time? Jacobs seems to think that could be the case.

In the same interview, she said of her time with Thomas Ravenel, “It was dark, and it was really lonely. I lost a lot of weight. I wasn’t taking care of myself mentally, and I felt that I had so much more that I wanted to say and to do.”

Jacobs went on to say, “There was a lot of regrets, and a lot of things I wanted to do over. The more I tried to control that, or wish things were different, the worst — the more of a toll it took on me. I suffered from depression, situational depression.”

The worst year of my life

During her reappearance on Southern Charm Season 6, Ashley Jacobs had a brief conversation with Shep Rose. He asked her if she was still dating Thomas Ravenel.

Jacobs replied, “How do we sum up [the] worst year of my life? Maybe I need a cocktail first.”

Based on what Jacobs said to Entertainment Tonight, and her answer to Shep Rose, it seems likely that some of her behavior was the result of an emotionally challenging time in her life. And it sounds as if Thomas Ravenel sits at the center of that turmoil. Perhaps Ashley Jacobs could find a new confidante in Kathryn Dennis — the two both seem to have been burned by the disgraced politician.