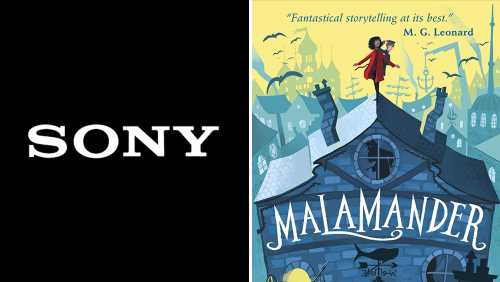 EXCLUSIVE: In what was said to be an eight-way bidding war, Sony Pictures has won the competition for film rights to Malamander, a middle-grade YA novel by author Thomas Taylor, the illustrator behind the UK cover of Harry Potter and the Philosopher’s Stone.

Malamander, the first in a planned book series, was published in the UK earlier this year and will have its U.S. release on September 10 via Candlewick/Walker Books.

The story follows Herbert Lemon, Lost-and-Founder at the Grand Nautilus Hotel who knows that returning lost things to their rightful owners is not easy – especially when the lost thing is not a thing at all but a girl.

No one knows what happened to Violet Parma’s parents 12 years ago, and when she engages Herbie to help her find them, the pair discover that their disappearance might have something to do with legendary sea-monster, the Malamander. Eerie-on-Sea has always been a mysteriously chilling place, where strange stories seem to wash up. And it just got stranger.

The followup book is slated to be released early next year.