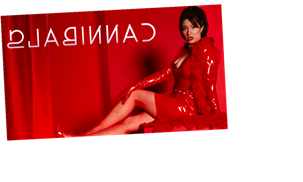 It’s been a while since the women of Saturday Night Live have gotten together for one of their glossy song parodies. For the February 27th episode, Kate McKinnon, Melissa Villaseñor, Ego Nwodim, and Chloe Fineman admit that their solution for “self care” when they need to unwind is to binge true-crime shows such as Crime Scene: The Vanishing at the Cecil Hotel, Night Stalker: The Hunt for a Serial Killer, Making a Murderer, and The Jinx.

“Severed limbs found on a beach in Chula Vista but I just kind of stare, while I eat a piece of pizza,” Villaseñor sings, while McKinnon adds: “A bodybuilder chopped up an old lady. I watch it while I text my sister about her baby.”

To close things, Nick Jonas shows up as a partner who says there’s something better than murder shows: “cult shows.” He’s then shown in a wig with a ponytail and nerdy glasses to impersonate NXIVM mastermind Keith Raniere — who was featured in the The Vow HBO docuseries — in his volleyball attire and headband.