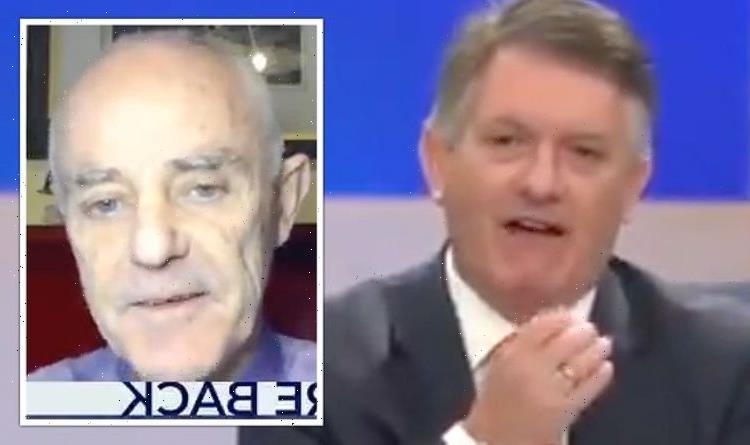 Environmentalist Donnachadh McCarthy has hit out at Number 10 for not insulating all homes in the UK, saying that people like him “have been calling for insulation at homes for decades”. He also expressed support for Insulate Britain activists. Another injunction has been granted against the offshoot of Extinction Rebellion protesters, who have renewed their roadblock campaigns in bid to urge the Government to insulate all UK homes by 2030 to cut carbon emissions.

GB News host Simon McCoy said: “Have a look at this picture, you know, again gracing the well, one, one front cover of a newspaper today, you know.

“These are the tactics that are now being used – activists are gluing themselves to roads.

“We’ve tried politics we’ve tried petitions, we tried marches and still the cuts happen to installation and nothing happens on global carbon emissions.

“I would love either of you to tell us what else can the climate movement do?”

Mr McCoy said: “Well, I’d say, what happens at Glasgow next week – there’s a global conference on this very issue.

“I mean, there’s no more that can be done at this stage is there?”

“Those three things, as priorities for COP, the media for next week pressurise the government to lead, you might actually help do something positive.”

Mr McCarthy added: “People like me have been calling for insulation at homes for decades.

“And we had 10 years of absolutely rock bottom interest rates and what did the government do over the last 10 years?

“It cut inflation rates by 95 percent between 2014 and 2019, and what that has left us is vulnerable to global gas prices and leave five to six million people having to choose between heat and food.

“We’re looking here is a failure of government for decades by both labour and the Tory Government.

“That’s what I’m frustrated about that millions of people in Britain are choosing between food and heating and adding to climate change.”