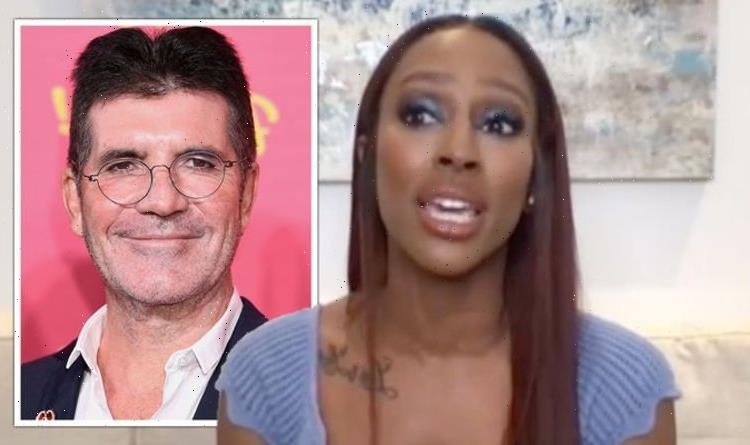 Alexandra Burke discusses the end of The X Factor

Last week ITV announced that Simon Cowell’s hit singing competition The X Factor would not be returning. The broadcaster revealed they currently have no plans for another series of the singing show. However, former X Factor winner Alexandra Burke has suggested Simon could have another TV project on the horizon. The pop star chatted about her experience on the show on Monday’s episode of Loose Women.

They welcomed celebrity guest Alexandra onto the show to chat about her recent return to the theatre in a new production of Joseph and the Amazing Technicolor Dreamcoat.

However, the panel couldn’t help but ask her about the recent news regarding The X Factor.

The pop star spoke highly of her time on the singing show and revealed that she will “forever be grateful” for the opportunities the programme provided her with.

She shot to fame after winning The X Factor in 2008 having fought off boy band JLS for the title.

Alexandra’s winning single Hallelujah was the 2008 UK Christmas number one and also became the top-selling single in the UK for the whole of that year.

She’s gone on to have a number of other hit singles including Bad Boys and Broken Heels.

While chatting on Loose Women, Coleen quizzed Alexandra about The X Factor coming to an end.

She asked: “Simon Cowell’s announced there’s no more X Factor and I wondered how you felt about that.”

“If I’m honest with you, look, I have really amazing fond memories of X Factor. My time on there was an incredible journey.

“But, as they do say, all good things sometimes have to come to an end,” she added.

However, Alexandra also suggested it may not be the end for Simon and his TV talent shows.

She remarked: “I think, you know, Simon could be preparing something else up his sleeve because he’s a very smart man.

“But, it was the show that gave me all of this, so I will forever be grateful to The X Factor and what it’s given me and my life,” Alexandra concluded.

The announcement about the show came last week as ITV confirmed the programme will not be renewed for another series.

An ITV spokesperson said in a statement: “There are no current plans for the next series of The X Factor at this stage.”

The programme last aired in 2018 when Dalton Harris was crowned the winner of the series.

Over the course of its 17 year run, The X-Factor has discovered talents such as Little Mix, One Direction, Leona Lewis and JLS.