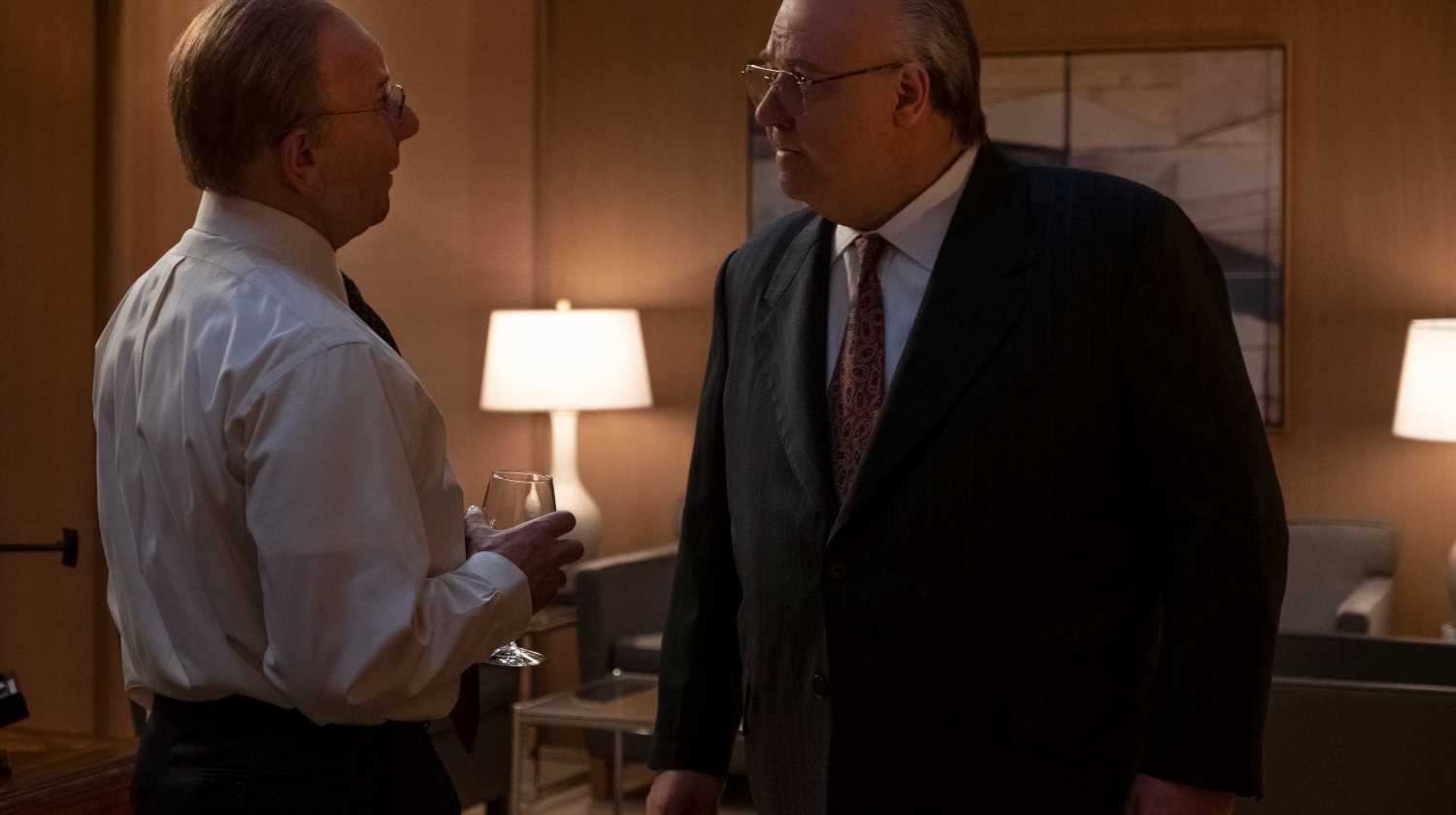 The premiere of Showtime’s “The Loudest Voice,” the seven-part limited series that charts Roger Ailes’ controversial stewardship of Fox News Channel and pervasive influence on news and politics, offers its own version of history.

“Voice” (Sundays, 10 EDT/PDT) opens in 1995, with Ailes (Russell Crowe, rendered unrecognizable by prosthetics) getting fired from CNBC before Fox’s Rupert Murdoch (Simon McBurney) brings him aboard to create a conservative cable news network that differs in so many ways from mainstream TV news operations.

The miniseries, based on reporter Gabriel Sherman’s book, “The Loudest Voice in the Room,” charts Fox News’ rise to ratings dominance under Ailes, who became a power in both media and government circles. It also details his eventual demise, as he resigned under a cloud in 2016 amid sexual misconduct allegations, including a bombshell lawsuit by former “Fox & Friends” co-host Gretchen Carlson (Naomi Watts, who appears later in the series). He died in 2017.

Obituary: Fox News mastermind Roger Ailes dies at 77, a year after being ousted

Here are 10 talking points from the first episode that Ailes fans and foes are sure to debate:

Did Crowe nail it or not?

Crowe disappears under prosthetics, padding and makeup to become Ailes. Although he doesn’t emerge as an exact double, it’s a reasonable facsimile and you’re definitely not thinking of the star of “Gladiator.” Crowe’s heavyset Ailes, who moves with a waddling shuffle, has a quiet but commanding voice that makes his occasional outbursts all the more scary, powerful and domineering.

“Voice” drops plenty of bread crumbs relating to the sexual misconduct allegations that ultimately would lead to Ailes’ resignation. As he hires staffers at Fox News, he stares at women’s bodies and makes sexual comments. He tells one young female applicant, “If you want to be on air … you have to be prepared to go all the way.” He then moves uncomfortably close, puts his hands on her waist, touches her lips with his thumb and asks her to twirl.

How ‘fair and balanced’ was born

Fox News’ “fair and balanced” slogan, employed as a shield and motto by employees and ridiculed as bogus by critics, catches fire in a dramatic 4 a.m. staff meeting in which Ailes both berates and pushes his employees to take on established CNN and fledgling MSNBC. (The network dropped the slogan in 2017.)

“For the last 50 years, the left side of politics in this country have attempted to control the narrative of news,” Ailes tells a rapt audience. “The mission is to sell to the forgotten American that their voice can and will be heard. … We reclaim the real America (and) we become the loudest voice. And we bring back to this country fairness and balance.”

Hannity: From sputtering to stardom

As Ailes is casting his news operation, he gets a clip of Sean Hannity, then a talk-radio host. Ailes assesses the video with the sound off, appreciating Hannity’s swagger and telling assistants to find more “real guys” like him. When Hannity flounders against a sharper liberal in a later tryout, Ailes gives him a pep talk, saying he wants him to be “loud, opinionated, a little bit obnoxious, tough guy.” The rest is history.

An imagined birth of the “War on Christmas”

Early in the show, a lonely-looking Ailes sits in a diner surrounded by Christmas decorations. When a waitress wishes him “Happy Holidays,” he responds with a defiant, bah-humbug sounding, “Merry Christmas.” It’s the opening salvo in the “War on Christmas,” a supposed attack on the holiday by secular forces that would become an annual crusade for Fox News hosts.

For women, the no-pants zone

Ailes, obsessed with TV’s visuals, famously wanted Fox News Channel’s attractive female anchors to wear dresses that highlighted their legs. In one pre-launch rehearsal, he disapproves of a woman wearing pants, making a homophobic insult and stating his preference for dresses: “I like legs.”

A plan to attract conservatives

In early planning for Fox News, Ailes rejects other executives’ plans to reach a wide range of the public, as broadcast news operations did. He explains that cable is niche, dependent on “the loyalty of a passionate few. … In politics, it’s called ‘turning out the base.’ If we can do that, then they will never change the channel,” he says The base for Fox News? “I think it’s conservatives.”

‘Not a news guy’ who changed the news

As General Electric chairman Jack Welch is firing Ailes from CNBC, he says, “You’re a hell of a producer and you’re one of the best P.R. guys I ever met, but you’re not a news guy.”

Whatever his pedigree, Ailes arguably changed the concept of news – with great success and also to great criticism – and the episode shows his intense focus on TV visuals, public relations, marketing and branding. “People don’t want to be informed; they want to feel informed,” he says in one of the episode’s most chilling – and insightful – scenes.

A cut on his foot that won’t stop bleeding and a wastebasket full of tissues from a bloody nose reveal Ailes’ hemophilia, a condition in which a person’s blood doesn’t clot. Ailes’ hemophilia was cited as an aggravating factor after he hit his head in a bathroom fall and died in 2017.

Bill Shine: From ‘Mr. Magoo’ to the White House

Shine (Josh Stamberg) was a powerful Fox News executive who came to greater public prominence after lawsuits accused him of covering for Ailes with regard to sexual harassment allegations. He eventually left and moved on, temporarily, to become a Trump White House communications adviser. In the premiere, Ailes insults Shine in front of his colleagues, explaining how he rescued him from a miserable career in local news. Ailes tells him to take charge and stop acting like “Mr. Magoo.”