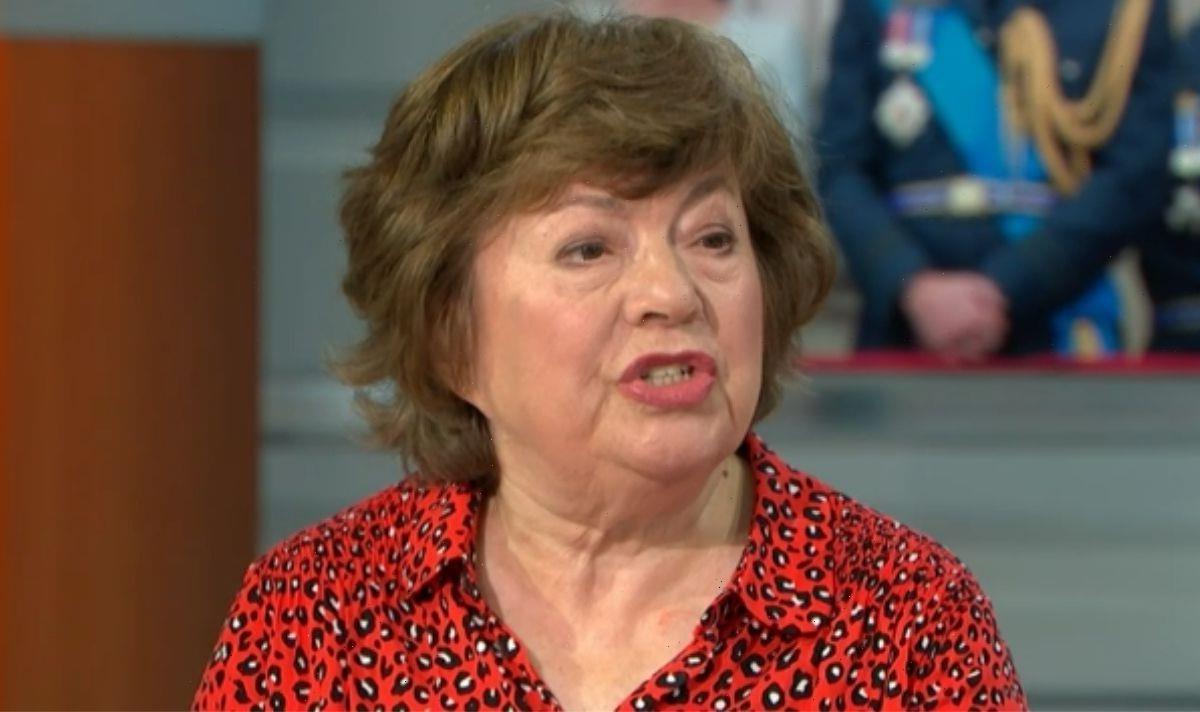 Harry and Meghan should be 'ashamed' says Angela Levin

One of the main topics of discussion during Thursday’s Good Morning Britain was whether the Duke and Duchess of Sussex should be welcomed back into the Royal Family when they return to the UK. The couple are due to be reunited with the Queen and Prince Harry’s family in celebration of the Jubilee and Trooping of the Colour.

Adil Ray and Charlotte Hawkins discussed the royals’ return during Thursday’s ITV show, and expert Angela Levin told the hosts she was against the couple coming back.

Adil began by pointing out why shouldn’t the Queen want her entire family all together again.

“Who are we to deny that?” he asked the guest before Angela ranted: “She’s the mother, the grandmother, she should make the decision.

“She’s 96 and it’s her day but I don’t think you can then influence all the population to feel exactly the same.

“Because we like the monarchy, I am a really keen monarchist, but I think that is badly timed.

“Harry and Megan shouldn’t come because there could be more pressure on the Queen, she’s got a very hard four days.”

The ITV host told Angela that the Queen is welcoming them and questioned what pressure she would be under.

“No, because she’s not very well,” Angela hit back. “She’s got mobility problems and I think that for someone of her age to have four full days…”

“They’ve been invited, they’ve been given full security and the Queen has endorsed it,” Adil interrupted. “So how in any way is going to be bad for the Queen?”

Disagreeing with Adil, Angela blasted: “I think that people who don’t want them to come would agree with me that their behaviour has been appalling and therefore they should be ashamed and they should not come and try to grab a few shots that will help them with their Netflix career.”

However, royal commentator Emily Andrews disagreed with Angela, branding her opinion that Meghan and Harry will put pressure on the Queen as “ridiculous”.

“The Queen invited them with grace and it was a magnanimous gesture and she said, ‘You’re my family, please come’,” she explained.

The expert went on to point out that the Queen not only invited them to St Paul’s Cathedral, but also to the Trooping of the Colour.

She said that Prince Harry and Meghan were going to join their other family members on the balcony.

Adil then moved the conversation to Prince Andrew, asking whether he would be a distraction at the Jubilee.

“He hasn’t been invited, he’s not going to appear today at all,” Angela replied.

“He will be at St Paul’s Cathedral but I think that’s right because he is her son and she should choose that.”

Shifting the conversation back to Prince Harry, Angela fumed: “What we ought to know if Harry is going to drop his memoirs.

“Because if he comes now and he’s all smiley, or he’s looking for comments that he can make… the last time he saw his Queen which wasn’t very long ago, he then sold it to a TV station in America to talk about what she said.

“These things should be private, I don’t think they can be trusted and I do believe that if he comes out with his memoirs, it’s going to knock his family, particularly his father and his stepmother. It’s an appalling way to behave.”