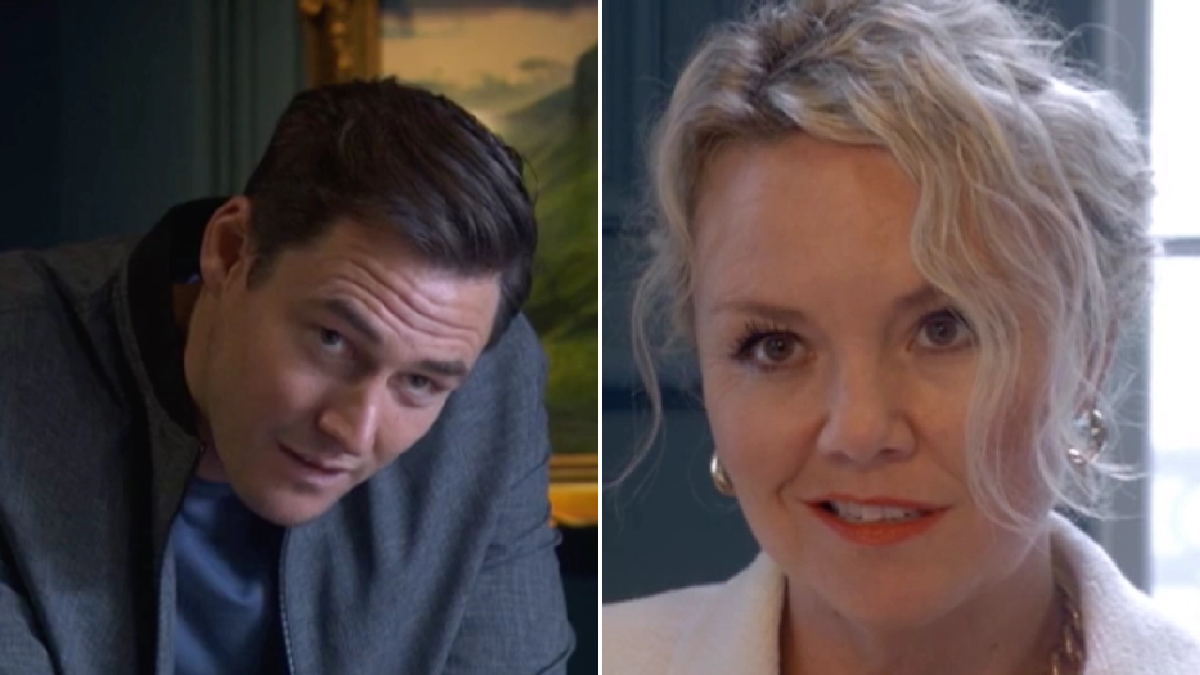 Janine Butcher (Charlie Brooks) caught the attention of Zack Hudson (James Farrar) in EastEnders tonight (September 6), and it was clear she reciprocated his feelings.

The iconic soap schemer made her long-awaited return during tonight’s edition of the BBC One soap, as she masqueraded as a doctor.

Zack Hudson (James Farrar), having noticed that Sharon Watts (Letitia Dean) was on edge, agreed to take little Albie to his doctor’s appointment in order to lighten her load.

But once Zack set his sights upon the doctor in question, he was rendered speechless. Evidently attracted to this woman, he attempted to flirt.

Much to his surprise, the doctor flirted back, revealing that she goes by the name of Judith Bernstein.

Long-time EastEnders fans would, at this point, have worked out that the doctor was actually Janine in disguise, given that Judith Bernstein is an alias she’s used previously.

‘I am so sorry I’m late,’ said Janine. ‘There’s always something keeping me away. But here I am!’

Zack, still speechless, found himself waiting for instruction from ‘Judith’.

‘Metre’s running!, barked Janine, before smiling. ‘Give me your worst.’

The subtext spoke volumes, as the chemistry sizzled between the two characters.

But will passion ensue?

When Janine wants something, there’s little she won’t do to get it, that’s for sure!

Zack, meanwhile, has separated from Nancy Carter (Maddy Hill), after the truth came to light about his involvement in the hit-and-run, so will he be tempted by ‘Judith’ now that he’s a free agent?

Charlie Brooks previously hinted at a one night stand for Janine when she returned, so will this impending moment of passion be with Zack?

EastEnders continues Tuesday September 7 at 7:30pm on BBC One.