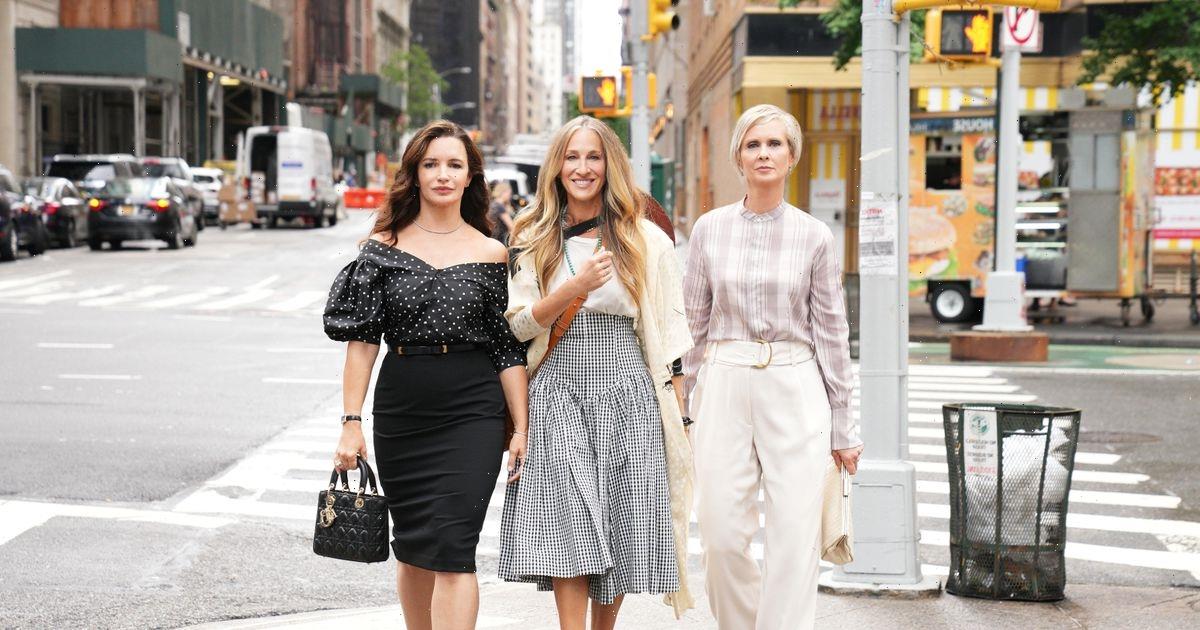 The stars of the highly anticipated Sex and the City reboot, And Just Like That…, have confirmed that the cast did film fake scenes to throw fans off the scent of the new top secret storylines.

Cynthia Nixon and Kristin Davis, who plays Miranda and Charlotte, revealed to Stephen Colbert on his late night chat show that the show deliberately filmed fake scenes to avoid any leaks or spoilers for fans.

Stephen quizzed the duo about the rumours of “fake scenes” and while Cynthia coyly replied: “Absolutely not!” Kristin responded: “Yes, definitely.” Eventually, Cynthia caved too and admitted: “It might be true.”

Kristin, 56, explained that the unusual method of filming was adopted in order to keep fans in the dark about the storylines in the new series.

The cult classic has an enormous fan base which has only grown since it has been off air.

Therefore, the reboot was more difficult to shoot, not only due to the Covid-19 pandemic and lockdowns, but also the amount of public interest that led many fans to try and sneak spoilers of the cast filming in New York.

55-year-old Cynthia continued: “I have to say, we started shooting in July, and the city was just coming out of the lockdown. So it was so amazing for us to be back playing these characters."

“But, also, I think it was exciting for people, and it was obviously very exciting for us to see people on the street watching us because it felt like New York coming back.”

And Just Like That… will see Cynthia and Kristen reprise their roles of Miranda Hobbes and Charlotte York Goldenblatt respectively, while Sarah Jessica Parker will return as Carrie Bradshaw.

Kim Cattrall is the only lead member of the original cast not to be returning as the fan-favourite character, Samantha.

Since the return of the show was announced, fans have churned out countless theories about the characters fate such as Mr Big or Samantha being dead.

The new series will air on Thursday 9th December on Sky Comedy and NOW and it will pick up with Miranda, Charlotte and Carrie as they navigate the “even more complicated reality of life and friendship” in their 50’s.

Stay up to date with all the latest on Sex and The City by signing up to OK!'s daily celebrity newsletter .